Qinwen Zheng is a Chinese professional tennis player playing in the WTA. Zheng was named the 2022 WTA Newcomer of the Year. Zheng achieved a career-high singles ranking of world No. 25 on October 24, 2022. Besides, Zheng is coached by Pedro Riba Madrid and trains in Barcelona.

Zheng burst onto the mainstream tennis radar when she got the better of Simona Halep in the second round of Roland Garros. She was interested in pursuing a career as a professional tennis player from an early age. So, following her dream to become a tennis player, she began picking up tennis as a six-year-old. Due to that, she caught the eye of sports management giant IMG. In 2013, Zheng signed with the company, and during that time, she was just 11 years.

How Much Is Qinwen Zheng's Net Worth? Her Total Prize Money

Zheng has amassed a considerable fortune from being a professional tennis player. Looking at her prize money and career earnings, it is believed that her net worth is around $1 million. Zheng's primary source of income comes from her tennis career, as she has played in many major tournaments. 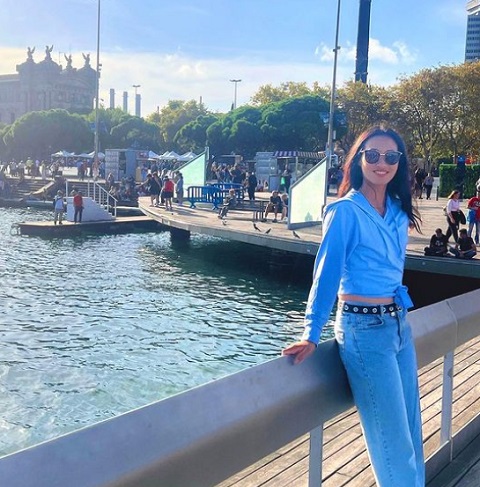 Zheng Qinwen shares a photo from one of her trips.  SOURCE: Instagram @zhengqinwen_tennis

Zheng has received a total prize money of $1,079,551. She has been professionally playing for quite a while now. Her 2022 season went pretty well as she bagged herself impressive cash. She began her 2022 season by playing at Melbourne Summer Set 1, winning over $10,100. Zheng played at the Australian Open, where she played with many players, including Maria Sakkari. From that tournament, Qinwen received more than $115,873.

In October 2022, Zheng gave her best in the San Diego Open, and her performance helped her take home cash of more than $11,185. Furthermore, she started her 2023 by playing with Adelaide International 1, earning over $11,145. 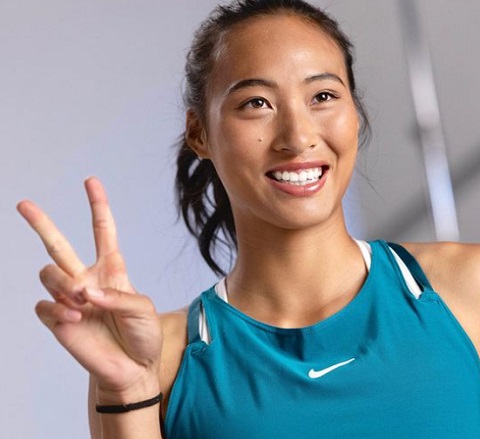 Is Qinwen Zheng Dating Someone or Single?

Zheng is currently single, and she is not dating anyone. The tennis player has been single for a long time and has no boyfriend. In the past, too, Zheng didn't date anyone. None of the media outlets can track the details regarding her love affair. 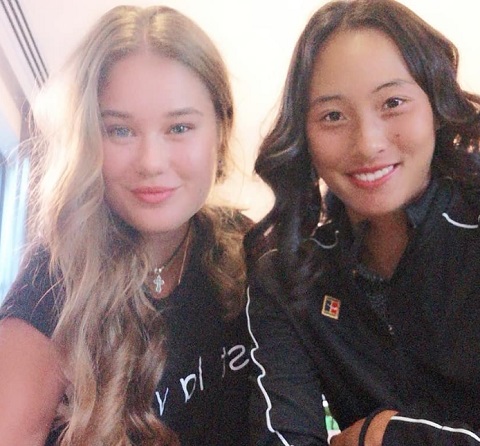 Zheng Qinwen with one of her close friends.  SOURCE: Instagram @zhengqinwen_tennis

Like many professional tennis players, Zheng has maintained a distance from the media and kept her matters to herself. Due to her low-key personality, it becomes more challenging to know about her boyfriend or partner.

Who Are Zheng's Parents? Her Age and Family Background

Qinwen Zheng was born to her parents October 8, 2002 in Shiyan, Hubei, China. Her parents are reported to be  Jelena Jakovleva and Jevgenijs Ostapenko. They wanted to keep Zheng active as a child and encouraged her to play sports. Due to that, she began with table tennis but quickly looked for other options. 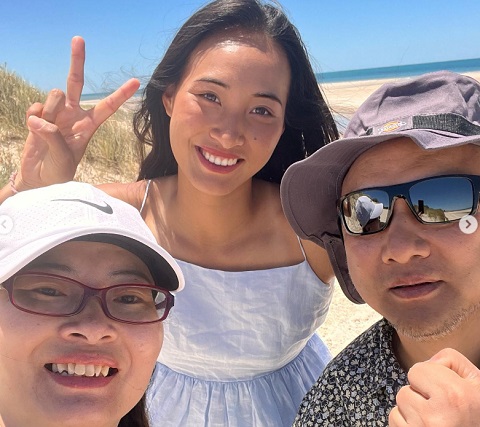 Zheng Qinwen with her parents on holiday.  SOURCE: Instagram @zhengqinwen_tennis

So, her parents play a great role in her successful tennis career. Zheng appears to be the only child of her parents, as the details about her siblings remain unknown. We can say that the professional tennis player lives a low-key life with her family members.

Zheng has been playing tennis for quite a while now. She won the Tennis Future Hamburg in January 2021 after defeating Linda Fruhvirtova in the final of the $25k ITF Circuit event. Her WTA Tour debut came at the Palermo Ladies Open, where she also won by defeating Liudmila Samsonova in the first round. 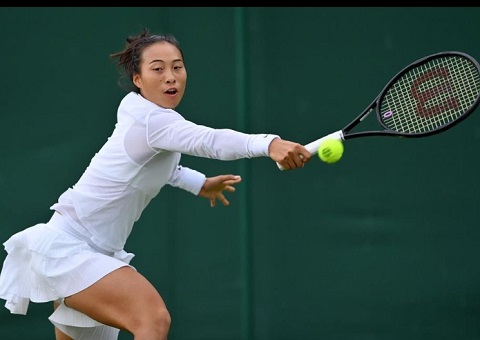 Zheng Qinwen in one of her professional games.  SOURCE: Instagram @zhengqinwen_tennis

In 2022, Zheng reached her first WTA semifinal at the Melbourne Summer Set 1, defeating Mai Hontama. She also played against Vera Zvonareva and Ana Konjuh. In the same year, she also played her first Grand Slam event at the Australian Open. In that tournament, Qinwen defeated Aliaksandra Sasnovich in the first round. In 2022, she participated in many major tournaments, winning some of them.

Furthermore, Qinwen started the 2023 season with a victory over former world No. 2 player Anett Kontaveit.

Regarding her body measurement, Zheng stands at a height of 5 feet 10 inches (1.78 m). Her actual weight is unknown, but some sources say it to be around 56 kg.

The tennis player maintains a healthy diet and keeps herself fit and ready for every match.

Zheng is an active Instagram user whose username is @zhengqinwen_tennis. Since making her first post on December 10, 2018, she has been sharing updates on her professional games and events. It can be said that she has been using the Instagram platform since 2018. 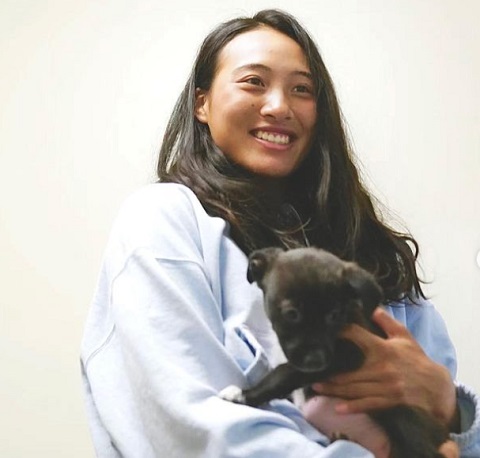 From her account, Zheng also features her different visiting places. On February 2022, she posted some moments on the Chinese New Year from the Universal Orlando Resort. In April of the same year, she visited the Triumphal arch. It seems like she also has a pet dog. We can follow her there to get future updates about the player's life.