Wilt Chamberlin was a professional American basketball player, who played as a center for the Philadelphia / San Francisco Warriors of the National Basketball Association (NBA). Wilt was also considered as one of the greatest players in the history of the NBA.

2× NBA champion, Wilt Chamberlain was born on August 21, 1936, in Philadelphia, Pennsylvania. He held an American nationality who belong to the Afro-American ethnical background.

Wilt Chamberlin Net Worth and Earnings

Wilt Chamberlin's net worth was calculated $10 million, at the time of his death. He was the first big earner of basketball becoming the highest-paid player upon entering the NBA. Further, the NBA's first player to earn at least $100,000 a year and earned an unprecedented $1.5 million during his Lakers years (1968-1973).

Following junior years at Kansas, he wanted to skip a senior year and go professional in the NBA but the association did not accept players until after their college graduating class had been completed. So Wilt decided to play for the Harlem Globetrotters in 1958 for a sum of $50,000 (equal to about $434,000 today).

Besides, Wilt, after becoming a laker, built a $1 million Manson which he called Ursa Major as a play on his nickname "The Big Dipper", in Bel-Air. It had a 2,200-pound pivot as a front door and contained great displays of luxury. Robert Allen Cherry, a journalist and author of the biography Wilt: Larger than Life, describes his house as a miniature Playboy Mansion, where he regularly held parties and lived out his later-notorious sex life.

Wilt Chamberlin was never married. Yet, he had involved in a romantic relationship with the numbers of women. Yes, he was a lifelong bachelor but became notorious for his claim of having had sexual relations with 20,000 women.

As per his lawyer Seymour, "Chamberlain was shy and insecure as a teenager but he became well known for his womanizing when he was an adult. Some people collect stamps, Wilt collected women."

Wilt also met Swedish Olympic high jumper, Annette Tannander when he was 40 and she was just 19. Besides, Annette remembers him as a pick-up artist who was extremely confident yet respectful but he was never rude or bad.

However,  Los Angeles Times columnist, David Shaw has a different story to tell. During a dinner with Shaw and his wife, Chamberlain was rude and sexist toward his own date, as he usually was. Additionally, Chamberlain also left the table to get the phone number of an attractive woman sitting at a nearby table.

Does Chamberlin have any Children?

Wilt Chamberlin may have had numerous relationship with many women but he never confirmed that he has any biological kids. However, in 2015, a man named Aaron Levi showed up claiming that he is the biological son of Wilt based on non-identifying papers from his adoption and information from his biological mother. 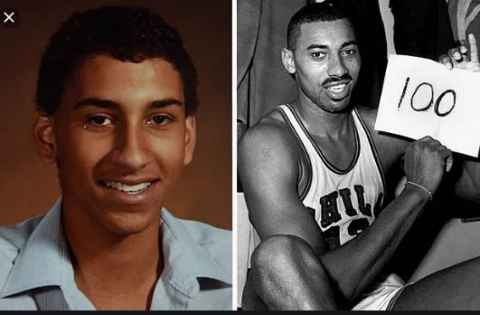 But, Wilt's sister refused to provide DNA evidence for testing and Aaron's claim is not conclusive till now.

Was Wilt Chamberlin involved in Politics?

Chamberlain denounced the Black Panthers and other black nationalist movements in the late '60s and supported Republican Richard Nixon in the 1968 and 1972 presidential elections. He accompanied Nixon to the funeral of Dr. Martin Luther King Jr. and considered himself a Republican.

Wilt had a history of heart problems since his '30s. Later, in 1992, he was hospitalized for an irregular heartbeat. According to his close friends, he used to take medicines to control his heart problems.

In 1999, his condition deteriorated rapidly. During this time, he lost 50 pounds. After undergoing dental surgery in the week before his death, he was in great pain and seemed unable to recover from the stress. On October 12, 1999, Chamberlain died in Bel-Air, California, at the age of 63.

Born as one of nine children to parents: mother, Olivia Ruth Johnson, a domestic worker and homemaker, and father, William Chamberlain, a welder, custodian, and handyman. As a child, Wilt suffered from pneumonia, missing a whole year of school as a result.

Initially, he was not interested in basketball, rather he was an avid track and field athlete. 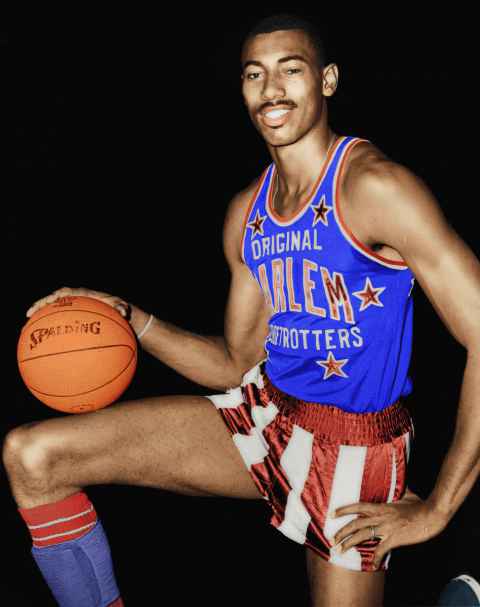 Furthermore, he completed his high school from Overbrook High School and for his graduation, he enrolled in the Kansas University.

Wilt Chamberlin finally made his NBA debut on October 24, 1959, starting for the Philadelphia Warriors. In the 1959–60 NBA season, Chamberlain joined a Warriors squad that was coached by Neil Johnston and included Hall-of-Fame guards Tom Gola and Paul Arizin, plus Ernie Beck and his old rival, Guy Rodgers; remarkably, all five starters were Philadelphians. In his first NBA game, against the New York Knicks, the rookie center scored 43 points and grabbed 28 rebounds.

Hannah Brandt Hannah Brandt: Gold medalist at 2018 Olympic, How much is her net worth in 2019? Is she dating?