Timo Bernd Hübers a.k.a. Timo Hübers is a German professional football player currently signed to 2. Bundesliga side Hannover 96. Earlier he played for the 1. FC Köln II.

Hildesheim, Germany native, Timo Hübers, is the very first professional footballer to test positive for COVID-19. He was born on 20 July 1996 under the star sign Cancer. He holds German nationality.

Yes, you heard it right, Hannover defender Timo Hubers has tested positive for coronavirus, a disease that has killed 4,637 worldwide.

The 2. Bundesliga side believed Hubers contracted the virus at an event in Hildesheim on 7th March. On 11th March, Hannover's released statement states the twenty-three years old immediately self-isolated after going to the doctor for tests once he had learned he had been in contact with someone who had the virus.

The club believes it is unlikely Hubers could have passed the infection to the rest of the squad as he has not been in contact with them. However, all Hannover team will be tested as a precaution.

The Hannover 96 No.15 defender, Timo Hubers, annually earns over $500,000 per annum as salary from the team. Reportedly, he will earn the same figure until his contract expires in 2021.

Most of the footballers has small or big endorsements deals, so do Hubers. However, he is yet to reveal his endorsement deals publically.

Timo Hubers, who is in his early twenties, is possibly single. The German man has maintained his personal life as secret as possible. Being in the limelight, questions regarding his past/present affairs or girlfriend pops now and then. 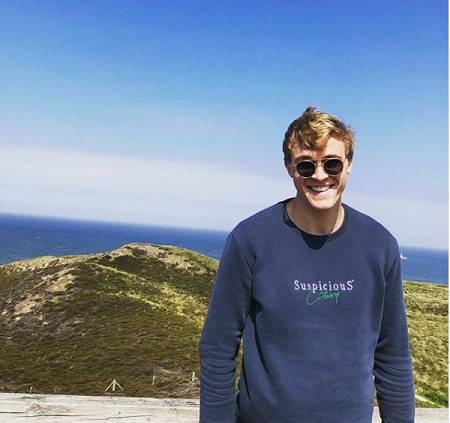 The hunk is active On Instagram with over 6000 followers, most of his pictures on his profile are from vacations and football.

Before joining the youth system of Hannover 96, Huber played for the Hildesia Diekholzen.

In 2015, he turned professional and played a season for 1—FC Köln II, appearing in 21 games with a goal. In 2016, he joined the reserve team of Hannover 96 II. He has scored one goal and has played in 17 games for the team. What's more, that same year, he also promoted to the main of the club and has appered in one game for the senior side.