Tim, who has played in MLB for four seasons, has an estimated net worth over $3 million. Also, he has accumulated $5,921,500 as entire career earnings. Besides, he is a married man, and currently, he is enjoying a blissful marital relationship with his wife, Bria Anderson.

Are you interested in Tim's life? If yes, we have discussed all the details about his bio, including personal life, relationship history, and professional career.

Tim Anderson Earnings; How much is his Net Worth?

Tim, who is one of the renowned baseball players of recent time, has an estimated net worth over $3 million. Moreover, he has collected $5,921,500 as earnings, playing four seasons in MLB.

Some of Tim's career earnings and contract are tabulated below:

Moreover, the famous baseball player also earns additional cash via different endorsement deals and commercials. Exploring his social account, we found that he is enjoying a deal with the Adidas brand through which he is earning a significant amount of money.

Similarly, Tim has never necessarily thought of flaunting his assets like cars and house in public, but undoubtedly, his net worth and salary suggests that he has a luxurious life.

Is Tim Anderson Married? Know about his Personal life in details

Tim Anderson belongs to the married club, and as of now, he is married to his lovely wife, Bria Anderson. Reportedly, the couple tied a knot on 4 November 2017 at Park Crest Event Facility in Hoover, Alabama.

Besides, with the reference of pictures, we are convinced that they had a luxurious wedding ceremony which was attended by their close friends and family.

Moreover, the couple met through Tim's sister, and during the time Bria and his sister was working together. After some meeting, they realized that they perfectly match with eachother and eventually started dating.

Moreover, the couple already had a daughter before they exchanged their vows. Their elder daughter, Peyton, was born in 2016.

Further, the family became four after the arrival of their youngest daughter, Paxton on 1 April 2019 in Chicago. 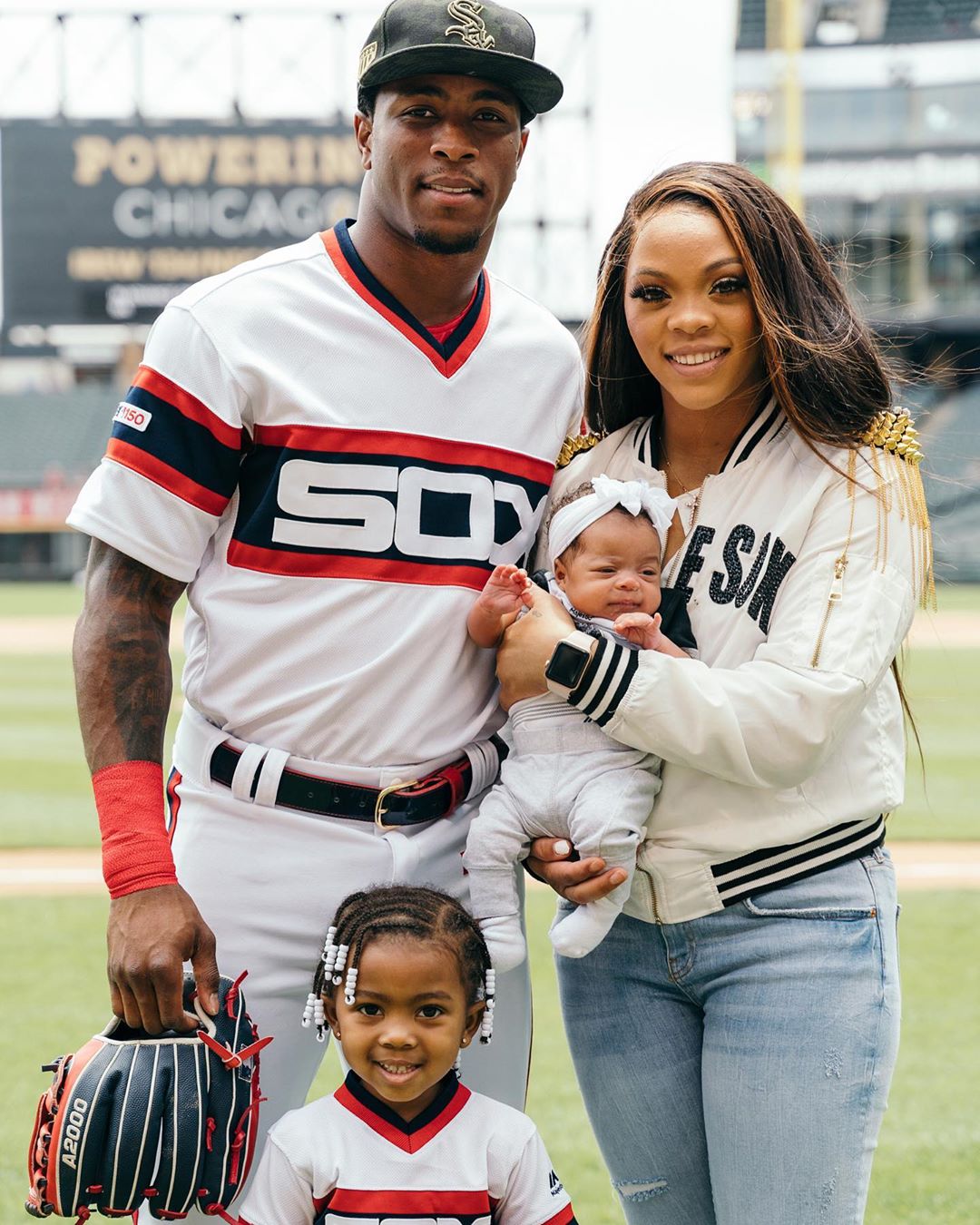 As of now, the couple shares over year matrimony without any rumors of their divorce or seperation.

Also, Tim values his family alot, and in one of his interviews, he explained about how much it matters for him to be with his family, saying "I leave everything on the field and come home and be with my family. It keeps me in a happy place and gets my mind off baseball when it's going tough."

Also, Bria considers Tim as one of the genuine and passionate people she has ever met.

Tim was born on  June 23, 1993, in Tuscaloosa, Alabama to Tim Anderson Sr. and the deatils about his mother is still behind bars. As per Tim's birth, he is an American native and belongs to the ethnic group of white. Also, Anderson was born under the star sign, Cancer.

Talking about his Ametuer career, he attended Hillcrest High School where he played basketball for the school's team. Later, he attended East Central Community College where is began playing baseball professionally. Later, he committed to play for the University of Alabama at Birmingham.

As of 2019, Tim currently plays as a Shortstop for the Chicago White Sox of Major League Baseball (MLB). Additionally, he was first drafted by the White Sox as a first-round pick in the 2013 MLB draft.

Additionally, Tim made his debut on June 10, 2016, for the Chicago White Sox. As of now, he is playing along with some of the famous baseball players like Carlos Rodon, Jose Abreu, and many more.