Thea Andrews was born on October 4, 1973, in Toronto, Ontario, Canada. She is a Canadian by birth and belongs to Macedonian ethnicity and her zodiac sign in Libra. Her father is William Andrew. She went to Bishop Strachan School in Ontario, Canada, and then graduated with a degree in Spanish and Latin American studies from Queen’s University.

Thea Andrews Net Worth and Salary

As of 2020, Thea's net worth is reported to be around $2 million. Thea Andrews is associated with the TV industry both as a  journalist and entertainment news anchor. Both the jobs help incur good income and for an experienced person like her, it sure will be a bit more than what an average person in this profession will earn. So Thea Andrews' salary must be something around  $1.5 million per year and her net worth must be more than what an average individual in this profession would have gained.

Who is Thea Andrews' Husband?

Thea Andrews is married to Jay Wolf since June 30, 2007.  They got married in a beautiful marriage ceremony held at the Ojai Valley Inn in Ojai, California. The couple is high school friends and remained friends through their 20s. the couple was engaged to each other in mid 2006s just six months prior to their wedding. 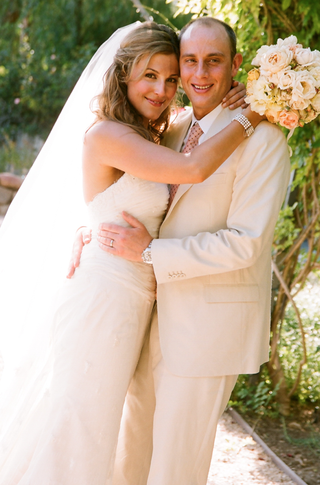 Thea Andrews and husband Jay Wolf on their wedding SOURCE: Inside Weddings

The couple is the parents of a son and a daughter. The name of their son is  Jack and the name of the daughter is Tuck. Jack Aaron is now 10 years old. 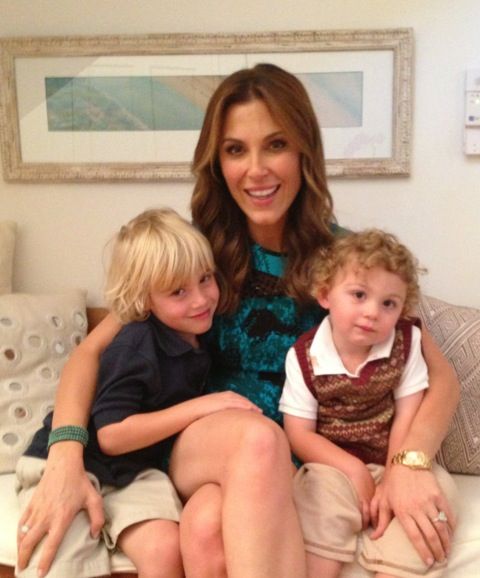 Thea Andrews states that marrying Jay wolf was the best decision that she ever made in her life. They have a happy family life.

Andrews was a producer at Fashion Television by 1999. She also did host shows as Cooking For Love and Guy’s Tv Which were eventually canceled. After that, she became a reporter and later host of the show etalk Daily.

She also acted in a drama such as Cabaret and The Vagina Monologues and also played a small role in the film Harold & Kumar Go to White Castle. She also played the role of a sports news reporter in the ESPN series Playmakers in 2003 which became highly controversial due to the ill portrayed role of the character Lovett.

On October 2003 she became a co-host of ESPN2’s program named Cold Pizza which used to present live reports of the unique lifestyle of sports and non-sports events. It was aired from 2003 to 2005.

Her hosting career continued on ESPN2 with programs such as Breakfast at Churchill Downs, Breakfast at Pimlico, and also show on ESPN such as Triple Crown and Belmont Stakes. She also reported big horse racing events as Breeders Cup Simulcast Show in 2004 and 2005.

Andrews was out of the show Cold Pizza after 17 months of its launch and in the meantime, she started working for ESPN Hollywood which was later canceled. She also co-hosted with Stuart Scott the show titled The ESPY Red Carpet show for a short duration of time. After that, she worked for many other shows for ABC Sports and ESPN.

Andrews also acted in drama such as The Young and the Restless and also got a role on HBO’s series True Blood. 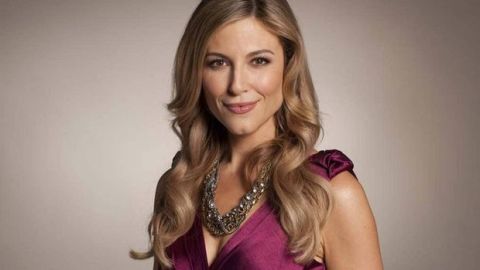 Andrews started co-hosting the ‘16th Annual Screen Actors Guild Awards’ on January 23, 2010, and she also hosted the first season of Top Chef Canada and she could not continue to host the second season due to pregnancy. Currently, she is the host of a reality competition series CMT’s Next Superstar which is related to country music.