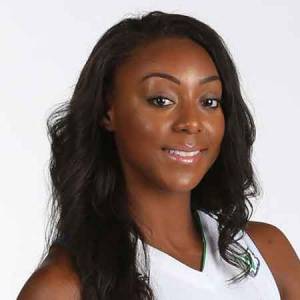 Wright represented her country in international competition. She was part of the USA Women's U19 team which won the gold medal in the FIBA U19 World Championship held in Bratislava, Slovakia.

Monica Wright was born on July 15, 1988, in San Antonio, Texas. Her parents Garry and Lynette Wright gave her the name Monica Ashante Wright on her birth. Her family moved to Woodbridge, Virginia and she attended Forest Park High School. She played for the college basketball team and was named a WBCA All-American. She earned MVP honors for the White team when she participated in the 2006 WBCA High School All-America Game.

Monica Wright's name was drafted in the 2010 WNBA Draft where she was the second overall pick by the Minnesota Lynx. On her rookie year, she became part of the WNBA's all-rookie team. The following year, she played off the bench and started backing up at both guard and forward. She became the primary backup at shooting guard and point guard in 2013. She won the 2011 and 2013 WNBA titles with the Lynx.

Wright was exchanged for Renee Montgomery and a 2016 second-round draft pick to the Seattle Storm on July 20, 2015. She suffered from a right knee injury and missed the 2015 WNBA season. She made a return to play in 2016.

Monica Wright has also played overseas the on various season. For the 2010-11 season, she played in Poland for Lotos Gdynia and played in Turkey for Botas Sk. for the 2012-2013 season. She also played for Australia's Dandenong Rangers of the WNBL.

Wright signed with Perth Lynx for the 2016-2017 WNBL season on July 14, 2016. She played the first four games of the season with the Lynx but due to her long-term knee injury was released from the team on October 2016.

Monica Wright was previously in a relationship with Kevin Durant. Durant is also a professional basketball player who plays as a small forward for the Golden State Warriors alongside Stephen Curry, Klay Thompson, and Shaun Livingston, under the head coach Steve Kerr. Wright and Durant were engaged to be married but they called off the engagement. There has been no new information about Wright's new love affairs or boyfriend.

The estimated net worth of Monica Wright is $200 thousand. Wright has been a player who had been scouted by many teams in the past and is one of the best players of her generation. However, due to the knee injury of hers, her demand has drastically dropped down. There are no reports of her earnings and salary.

Rodger Saffold Rodger Saffold: Under $44 million contract with the Tennessee Titans, How much is his net worth in 2020? Is he married?
Biography

Jonathan Holder Jonathan Holder's MLB Career Stats and Earnings; How much does he Earn annually? His Wife, Married Life and Family