Leilani Mitchell is a basketball player from America who currently plays as a point guard in the Women's National Basketball Association for Phoenix Mercury. She played college basketball for Kennewick and was picked 25th overall in 2008. She is a two-time WNBL champion, two-time WNBA most improved Player and three-time WNBL All-Star Five. She is the best American Australian Basketball player in WNBA.

An American-Australian basketball player, Leilani has a strong financial portfolio with an estimated net worth of $750 thousand. She currently plays for the Phoenix Mercury where she is signed to a 2-year/ $195,410 contract. Her annual salary from the club is reported to be $96,757 while the highest-earning teammate DeWanna Bonner earns $117,500 in 2019.

Her crossover agreement earns her around $60,000- $70,000. Besides, she also has endorsement deals with several brands.

Openly a lesbian, Mikaela is a unmarried but is engaged to her girlfriend Mikaela Dombkins who is an Australian model, Fashion designer and she is also a basketball player who has appeared a couple of times in League. Both the couple is having a good married life and a wonderful career as well. 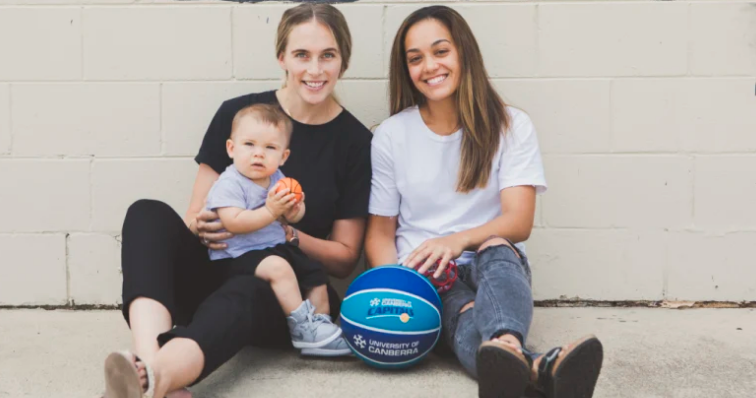 While the couple has not yet planned about their married, they already are the parents of their son named Kash Maxwell born on July 24, 2018. Leilani frequently takes her child with her during her games and spends most of her time with him. They are raising their child well giving maximum of their time.

Daughter of a world-famous athlete

The two-time WNBL champion is the only daughter of Eleanor Majid who is an Australian citizen and an American father, Dennis Mitchell. Her father is also an internationally famous athlete whose team won the gold medal in the 4 x 100 meters relay race at the 1992 Summer Olympics.

Leilani's childhood was fantastic as she grew up with her four siblings; Tyler, Troy, Travis, Reggie, and Robbie. Being the only daughter in the family, she must be an angle for her parents and for her four brothers. And world-famous athlete Dennis Mitchell must be proud of her daughter because his daughter has taken her family legacy into the whole next level.

Leilani Mitchell finished her High School from Kennewick, Washington. She attended college at the University of Idaho and was also a member of the college basketball team. However, she moved to the University of Utah during her senior years.

She got drafted in the second round by Phoenix Mercury in 2008. In the same year, she was traded to New York Liberty. She is considered as one of the best American Australian basketball players.

She currently plays for Southside Flyers and is also a member of the Phoenix Mercury in the WNBA.