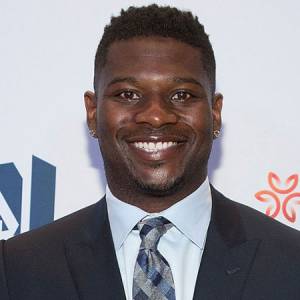 LaDainian Tomlinson reportedly earns around $140,000, as his yearly salary from the network. As of 2019, he reportedly has an estimated net worth of around $35 million. LaDainian is currently married to his longtime girlfriend LaTorsha Oakley and has son Daylen and daughter Dayah Lynn.

LaDainian Tomlinson attended the Texas Christian University in Fort Worth, Texas after receiving an athletic scholarship.

LaDainian 's father Oliver Tomlinson and brother- in- law Ronald McClain died in a car accident in 2007. The tragedy devastated Tomlinson, who had a "great relationship" with his father.

LaDainian Tomlinson Net worth and Salary

The American sports analyst/former NFL player LaDainian Tomlinson has an estimated net worth of $35 million almost equal to that of Aaron Rodgers. As of 2019,  he receives an annual salary of $140,000 from his successful reporting career with NFL Network.

Further, NFL Network reporter receives an added sum of money from his radio and TV guest appearances as a sports pundit too.

Besides his broadcasting career, he earned a lot of money from his playing career. His estimated earnings from NFL career is listed below:

He owned a property in San Diego which he sold in 2014 for $3.495 million. The estate also includes a waterfall, rope bridge, and a hidden home theater.

LaDainian is currently working for one of the most prominent sports networks which is recognized for paying a quite good amount of salary to its employee.

LaDainian married his girlfriend LaTorsha Oakley on March 21, 2003, after being in an affair for a long time. Both the couple attended Texas Christian University and were known to each other since then.

The couple is blessed with two children; a son Daylen born on July 8, 2010, and daughter Dayah Lynn born in 2011. Details regarding LaDainian's wife and marriage date is not available.

CAPTION: LaDainian Tomlinson and his wife and children SOURCE: Youtube.com

The couple is living a happy married life since there are no rumors regarding their divorce or separation on media. So far there is no news about his extra-marital affairs/relationship.

LaDainian started his playing career after being drafted in the 2001 NFL draft with San Diego Chargers. During a game against New England Patriots, he blamed New England's coach  Bill Belichick for celebrating on the Chargers mid-field logo mocking Shawne Merriman. 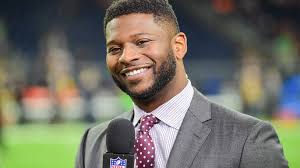 After ending his time with Chargers he signed a two-year $5.2 million contract with New York. LaDainian reached another milestone by finishing 6th at all times in the scrimmage list with Marcus Allen.

On 13 November 2011, against the Patriots Tomlinson, Barry Sanders finished fifth in scrimmage list at all times.

He retired from his playing career officially on June 18, 2012, and started working with the NFL Network as their analyst.