Kolten Wong is an American professional Baseball player who plays in the Major League Baseball (MLB). As of 2019, Kolten Wong currently plays for the St. Louis Cardinals as their Second baseman/outfielder. In the first round of the 2011 MLB draft, the Cardinals selected Wong.

As a Second baseman/outfielder, Kolten Wong reportedly earns around $6.5 million as his yearly salary from St. Louis Cardinals. Further, Kolten Wong has an estimated net worth of over $8 million. Kolten is married to his beautiful wife, Alissa Noll.

How much is Kolten Wong's Net worth in 2019? Know About his Career Earnings

Kolten Wong so far has made earnings of $16,567,540 from his entire MLB career while David Price is among the highest earner in MLB history with overall earnings of $184,042,498.

Detailed information about his career contract and earnings:

Additionally, he is also associated with various other brands, earning a significant amount of money. However, he hasn't revealed the detailed information about brands that he is linked with.

Is Kolten Wong Married? Know About His Wife

According to the sources, Kolten Wong is married to his beautiful wife, Alissa Noll. Further, Kolten was dating her since their college days as they met each other in the University of Hawaii.

After dating for quite a long time, they tied their knot on November 15, 2015. Also, they went Bora Bora for their honeymoon. 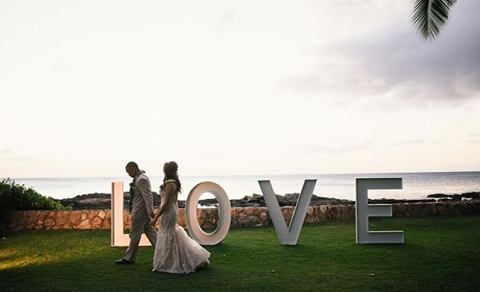 Wong and Alissa often go on vacations. They went to the Bahamas for vacation and refreshment. Kolten keeps on updating about his private life on his social platform.

Being married for this long, Kolten and his spouse doesn't seem to be ready for the parenthood. They don't have any baby till date and seems like they want to enjoy their life a bit more together. Undoubtedly, they will plan for their first baby soon.

Who is Alissa Noll?

Talking about Alissa Noll, she is a beautiful wife of Kolten Wong. She is also a graduate from the University of Hawaii where she was track and field star.

She has an adventurous life as she lives in Hawaii and often goes scuba diving and snorkeling in the tropical reef countryside. In addition, she is a native of Ohio.

Talking about his body measurement, the famous MLB star is 1.79 m in height and weighs around 84 kg.

Kolten Wong was born on October 10, 1990, in Hilo, Hawaii to parents Kaha Wong and Keala Wong. As per his nationality, he is American and belongs to the mixed ethnic group. Further, his star sign is Libra. He grew up along with his siblings, Kean and Kaini.

Kolten Wong played college baseball at University of Southern California (USC) and spent two years with the Reno Silver Sox in Class - A in the minor leagues. Despite being a good player, he had to return his home to raise his family. Instead of pursuing a steady career, he took whatever jobs he could afford most of the time to teach Kolten the game and work out that he stressed on a daily basis.

Wong was a two-sport star at Kamehameha Hawaii High School in Keaau, Hawaii, playing baseball and football. During his senior year as a baseball standout, Wong batted.600 and was named a co-winner for the 2008 Hawaii Baseball Player of the Year honor.

In the first round of the 2011 MLB draft, the Cardinals selected Wong. Manager Mike Matheny named Wong to the postseason roster of the Cardinals in 2013.

Wong has become the de facto spring training starter for 2014. Third baseman David Freese had been traded by the Cardinals and second baseman Matt Carpenter moved to third base.

Veteran free agent Mark Ellis was signed by the Cardinals to provide him with insurance and guidance. As per his recent contract, signed a 5 year $25.5 million contract with St. Louis.