Khalil Rountree is well-known as the ring name The War Horse and competes in the Ultimate Fighting Championship(UFC)'s Light Heavyweight division. He was ranked Number 21` in the current best MMA Light Heavyweight fighters list whereas number 88 in the top fan favorite MMA fighter.

Khalil last competed against Ion Cutelaba on 2019, September 28 which he lost and was broadcasted live on ESPN. He was trained in Thailand where he learned Muay Thai.

Khalil Rountree is a well-known name in UFC in terms of annual income as his salary is reported around $119,000. Fighters with such a huge income will undoubtedly live a luxurious life.  From all the career earnings, he has managed to make a net worth of $200,000.

He earned around $38,000 in the game against Gokhan Saki which includes showing money and a win bonus. In addition to this, he received an incentive pay of $5,000 and a performance of the night bonus of $50,000 from the same fight. Moreover, he received a sum of $70,000 from his game against Eryk Anders in UFC 236. 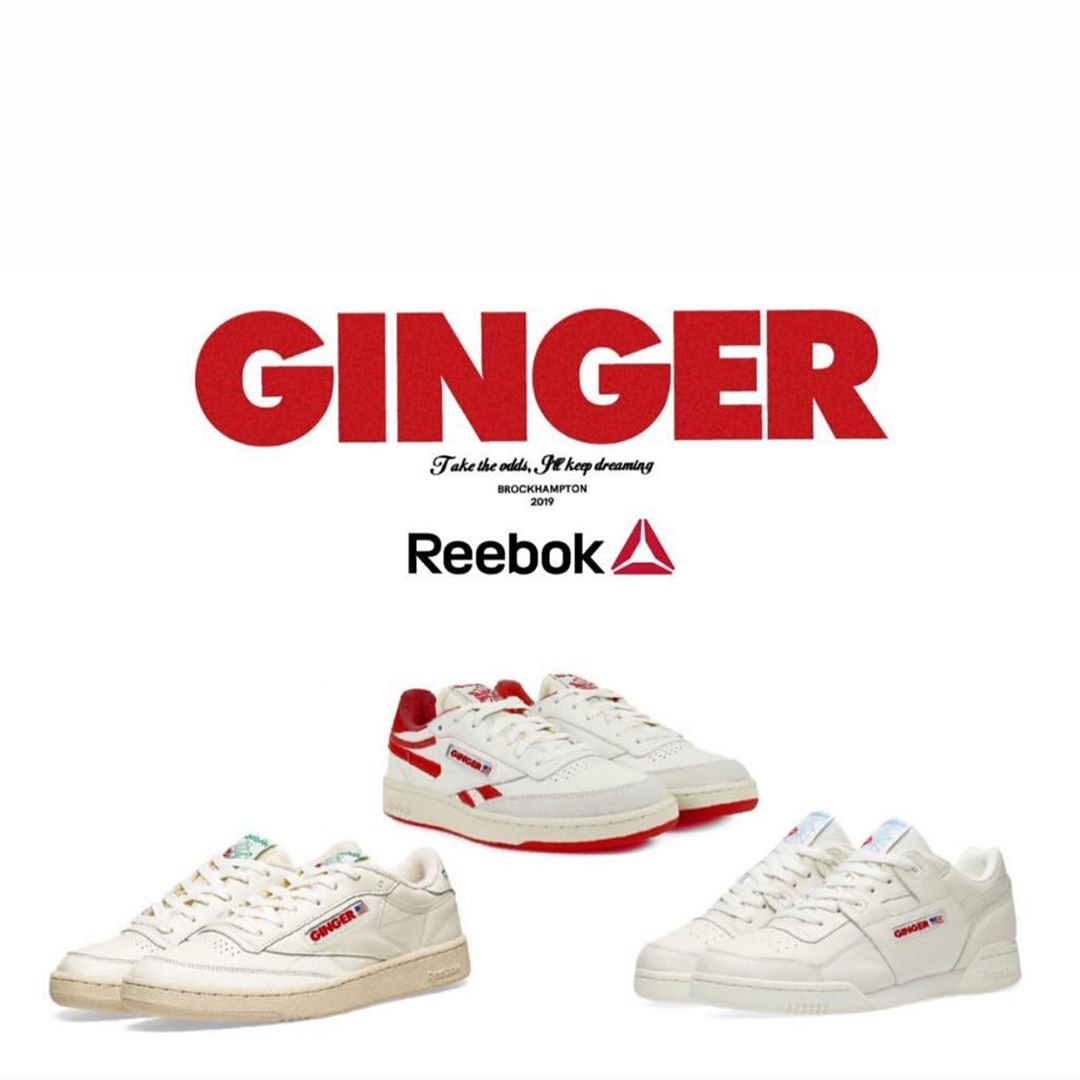 Furthermore, in UFC 219, Khalil earned a sum of around $19,000 in a game lost against Michal Oleksiejczuk. He might have earned some more sum from his other matches but the details are not revealed in the media. Well, he has mentioned himself to be a Reebok athlete suggesting he might be involved in a deal with them.

Khalil is not comfortable in sharing details about his love life which is why there are no facts which put a light on his personal life. He doesn't seem single as one of his fans commented on social media posts claiming him to have a Brazilian girlfriend. The comment says "lmao what kind of themed bullshit is this? Rountree has a Brazilian GF, that should count." which is a reply to Ariel Helwani's Twitter post.

Despite this, there aren't other details suggesting the love of his life. Besides his lifestyle is quite interesting as he is very much fond of listening to music. Moreover, he seems to be a follower of Sadhguru and Buddha as he shared many posts regarding them. 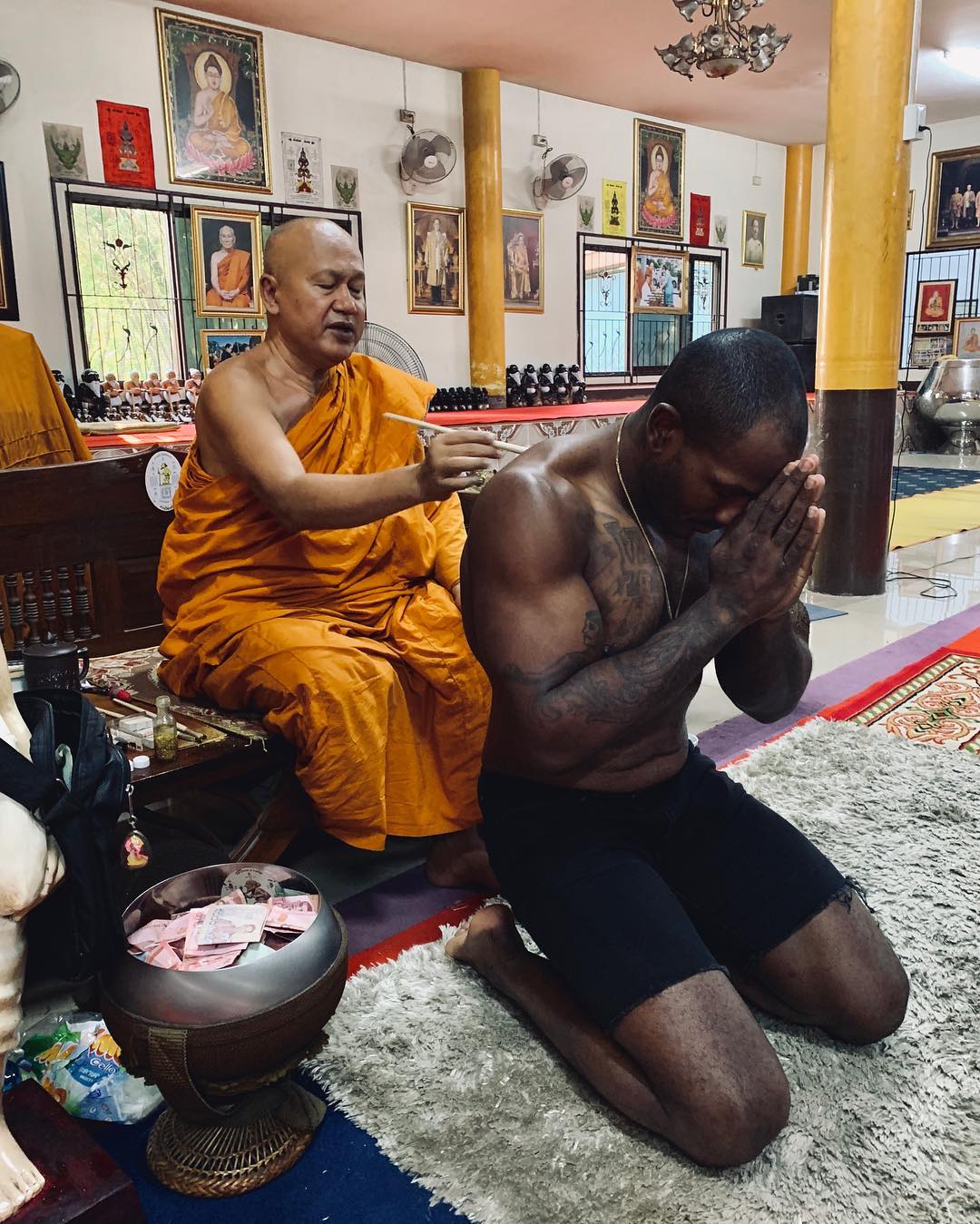 He stayed in Thailand for his training and he mentioned that he had an awesome time staying there. Well, he seems to be calm and silent in nature beyond his arena. Furthermore, he has pinned tattoos on his body which includes a butterfly on his shoulder and claws on his neck.

Read more: Why did Colby Covington turn down the fight against the Welterweight champion Kamaru Usman? Here is what Chaos has to say? 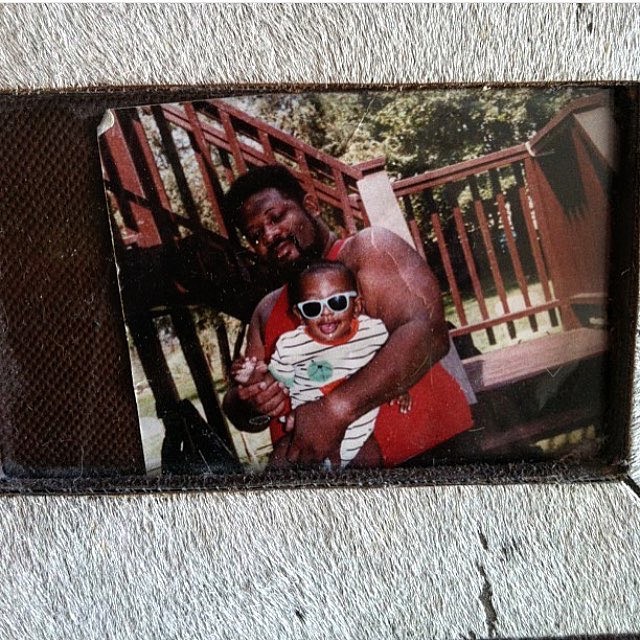 Khalil and his father Roderick during his childhood day SOURCE: Instagram

He faced some of the renowned fighters including Tyson Pedro, Daniel Jolly, Paul Craig, Gokhan Saki, Johhny Walker, and Eryk Anders, many more. Most recently, he competed with Ion Cutelaba with whom he lost the fight.

Biography on famous MMA fighters  is available at Playerswiki.