Kenta Maeda known as Marken is a Japanese professional baseball pitcher who is currently playing for the Los Angeles Dodgers of Major League Baseball (MLB). He is the youngest pitcher in Japanese baseball history to achieve the pitching Triple Crown in the same year and has won the Sawamura Award twice.

Born on April 11, 1988, in Takaoka, Osaka, Japan, Maeda completed his education from PL Gakuen Senior High School. He started his career in the Nippon Professional Baseball (NPB) for the Hiroshima Toyo Carp and joined Los Angeles Dodgers in 2016.

The MLB pitcher has earned a good amount of fortune and fame through his playing career through which he has earned an estimated net worth of $15 million. His annual salary in 2020 is reported to be $3.125 million while he earned the same amount as the annual earnings in 2019.

Maeda earns a base salary of $3,000,000 while carrying a total salary of $3,125,000 as per 2020.  Before MLB he played for Japanese club Hiroshima Toyo Carp where he must have earned thousands of dollars.

Kante Maeda is married to his wife Sanho Narushima. The couple dated for several years before the marriage and tied the knot on January 2012. Sanho Narushima and Kante used to know each other since 2010.

The couple seems to be happy and joyful now, but Kante's love story has faced some fluctuation before marriage. There were rumors that Kenta was dating an Instagram model who goes by the name Nana Aihara in 2011. Later, Maeda posted a message in his blog where he apologized for this mistake, he said,

"I’m sorry, I really regret, that I hurt a lot of fans and also an important person in my life by my indiscretion I am really sorry".

He currently resides in the United States with her pretty wife and currently, they are the parents of two lovely children. 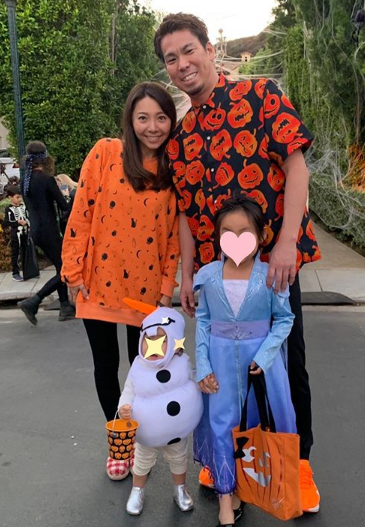 Kenta and her Wife Saho Narushima and their Children SOURCE: Instagram @18_maeken

They welcomed their first daughter Elsa on September 12, 2013, and in 2017 they extended their family giving birth to their second child, a son, Olaf.

Who is Saho Narushima?

Saho Narushima is a former freelance reporter who was born on July 19, 1985, in Kashiwa, Chiba, Japan. She completed her education from Ferris University and after college, she initiated her career as a television personality in Japan. 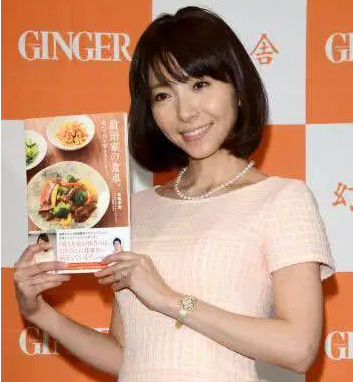 Kenta's soulmate Saho's enthusiasm for food came out in 2015 through her book Maeda ke no shokutaku: Tabete karada o totonoeru reshipi where she has poured all her traditional and modern food cooking experience.

Kenta is also a author of a book-related to baseball. He launched his book "Room of aesthetics" on April 20, 2017. On the date of release, he made a post  on Instagram where he wrote:

"Book will be released today! Please take it by hand. Thank you very much for Gentosha and all the people who cooperated with us this time. Thanks. It is a complete product with the cooperation of many people, so I am glad if many people can read it", "American story You need the courage to reduce the amount of practice, rather than skipping". 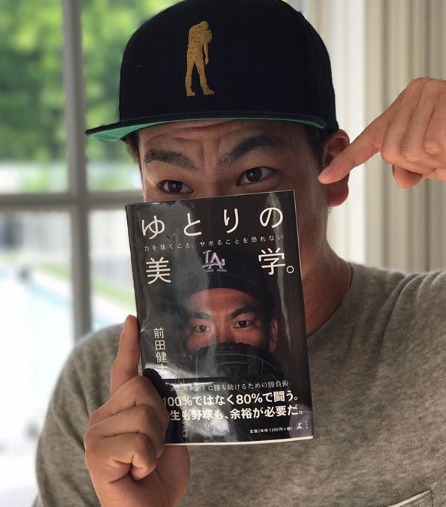 In this book, he has tried to present the importance of practice and he has also mentioned some of his skills, Techniques, and struggles of early life.