Jason Pominville is an American/Canadian professional Ice-hockey player who plays in the National Hockey League (NHL). As of 2018, Jason Pominville currently plays for the Buffalo Sabres as their Right Wing. Jason Pominville has played for other teams like Minnesota Wild and Adler Mannheim.

As a Right Wing, Jason Pominville reportedly earns around $5,600,000 as his yearly salary and has an estimated net worth of over $30 million. Additionally, he is married to his wife, Kim Pominville and has 2 children with her.

According to the reports, Jason Pominville is a married man. He is married to his beautiful wife Kim Pominville since2008. 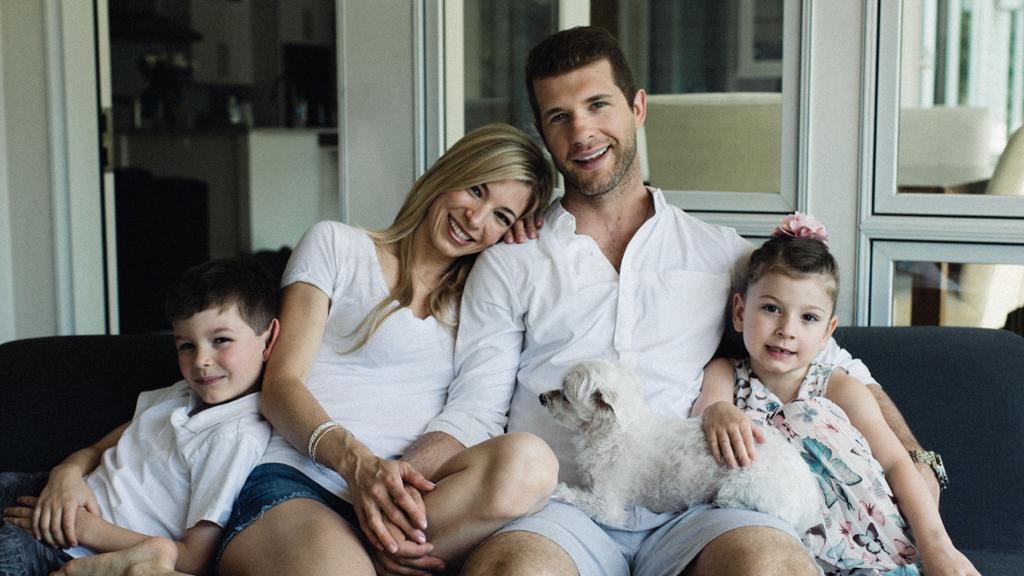 Jason Pominville and his spouse have two children; a son and a daughter. Despite the busy schedule, he spends quality time with love and his children.

Besides that, talking about his body structure, the Famous NHL star is 6 ft 0 in (183 cm) in height and weighs around 82 kg.

Jason Pominville Net Worth and Salary

Jason Pominville so far has made earnings of $56,594,512 from his entire NHL career.

His career contract and cash earnings of entire career:

Jason Pominville was born on November 30, 1982, in Repentigny, Quebec, Canada. As per his nationality, he is American/Canadian and belongs to the White ethnic group. Further, his star sign is Sagittarius.

In the 2001 NHL Entry Draft, the Buffalo Sabres drafted Pominville's 55th overall in the second round. On November 27, 2005, he scored his first NHL goal, a powerplay goal against Olaf Kölzig in a 3 - 2 win over the Washington Capitals. The Sabres recognized Pominville's rise to prominence and later on September 18, 2008, he signed with Sabres for a five-year term.

Pominville was named the permanent captain of Sabres on October 6, 2011, in Helsinki, Finland. He became the 16th captain in the history of the Sabres team.

Pominville returned to the Sabres on 30 June 2017 in a trade that sent him, Marco Scandella and a fourth-round pick to Buffalo in exchange for Tyler Ennis, Marcus Foligno and a third-round pick for 2018.