Felix Hernandez is a renowned face in Major League Baseball as he is one of the greatest baseball players in history. He has earned many titles and awards so far including AL Cy Young Award, and MLB Wins leader 2009. Mariners selected him directly out of high school in 2002 for a signing bonus of $710,000 while he made his MLB debut in 2005.

Well, extracting information about such a wealthy player is always as exciting as his current net worth exceeds $100 million. Moreover, he receives a sum of $27,857,142 per annum as salary. Furthermore, his total career earnings are listed around $221,334,994 so far.

Felix is currently under a seven years contract for $175 million signed on February 12, 2013. The contract includes a signing bonus of $6 million while the guaranteed amount is $175 million with an average salary of $25 million.

He was ranked second behind Justin Verlander in terms of their contracts as Justin contract was worth $180 million. His annual paycheck from the deal is reportedly about $300,000.

It is evident for such a wealthy athlete to have some of the luxurious homes and expensive vehicles. Well, he sold his Bellevue residence for $3.7 million in 2015 and gained a profit of $500,000.

The well-equipped house contains home theatre as well and covers the area of 5,040 square foot. Moreover, he also bought a suburban home in Clyde Hill, Washington, which was worth $1.4 million in 2013.

Hernandez also has a beautiful car collection which includes some of the world's best and expensive car brands. Felix owns a Lamborghini since he has posted a photo on his Instagram, showing his car on his parking area. 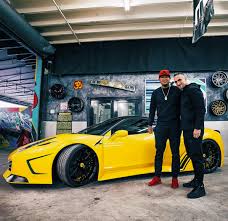 Also, he owns Ferrari and Rolls Royce. His Rolls Royce Wraith price starts from $322,500, whereas the base price for is Ferrari is around $250,000.

Felix married his love Sandra Hernandez on March 14, 2008, and their family and friends attended the wedding ceremony. Well, the couple has been together for more than a decade despite that there are no complications in the married life. 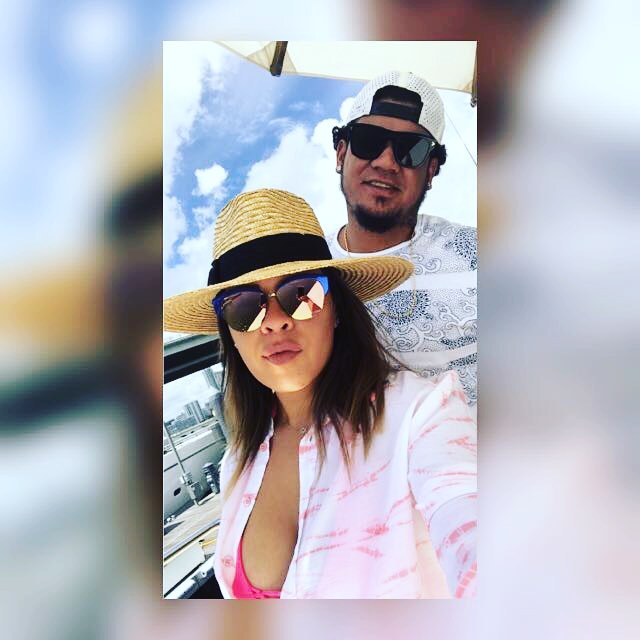 Felix and his wife Sandra at Pinecrest, Florida, on July 13, 2017 SOURCE: Instagram

Felix and his love are together since their teenage as he mentioned in one of his Instagram posts and as he captioned saying:

"MyOtraMitad # 7 Married Years # 2 Wonderful Children # 28Years of Life and # 14 Together with you @ sandrahdz34 #TeAmo #Thank you with God and the virgin. More than asking you, I thank you, my God! #LifeHealth." 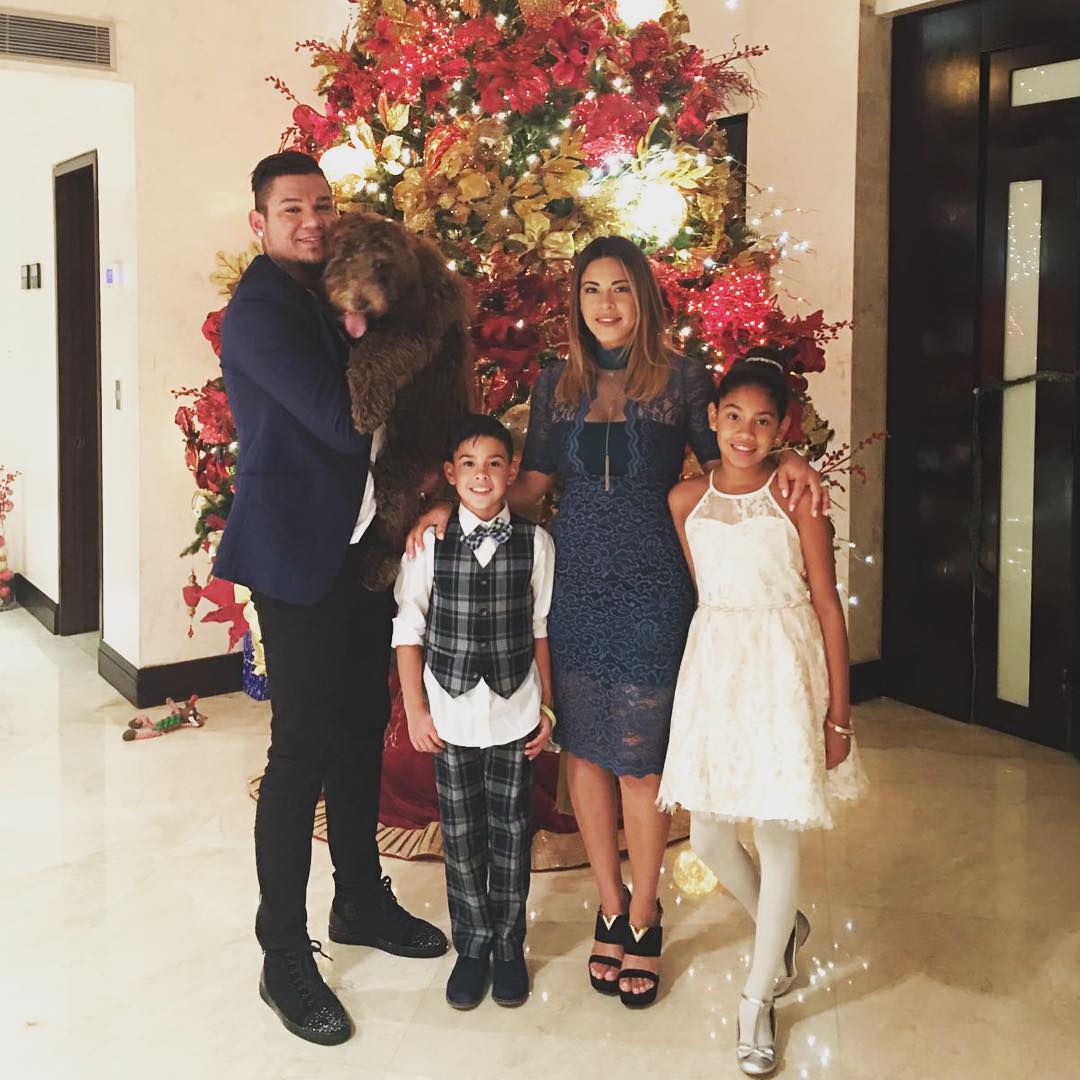 Felix with his family at their luxurious house SOURCE: Instagram

Well, his wife Sandra came to spotlight after her friend Maria Jacqueline Peguero used her card and used around $180,000 without her permission.

The lovely Hernandez couple is blessed with two beautiful children; a son and a daughter. Their son Jeremy was born in 2009 while daughter Mia was born in 2005. Both of them are currently residing with their parents.

It seems that Felix loves his family a lot as he spends most of his leisure time with his wife and children. They frequently go outing for fun to different locations worldwide. His Instagram posts are full of their traveling pictures. Some of their favorite vacations destinations are Europe, Maldives, Istanbul, and many more. 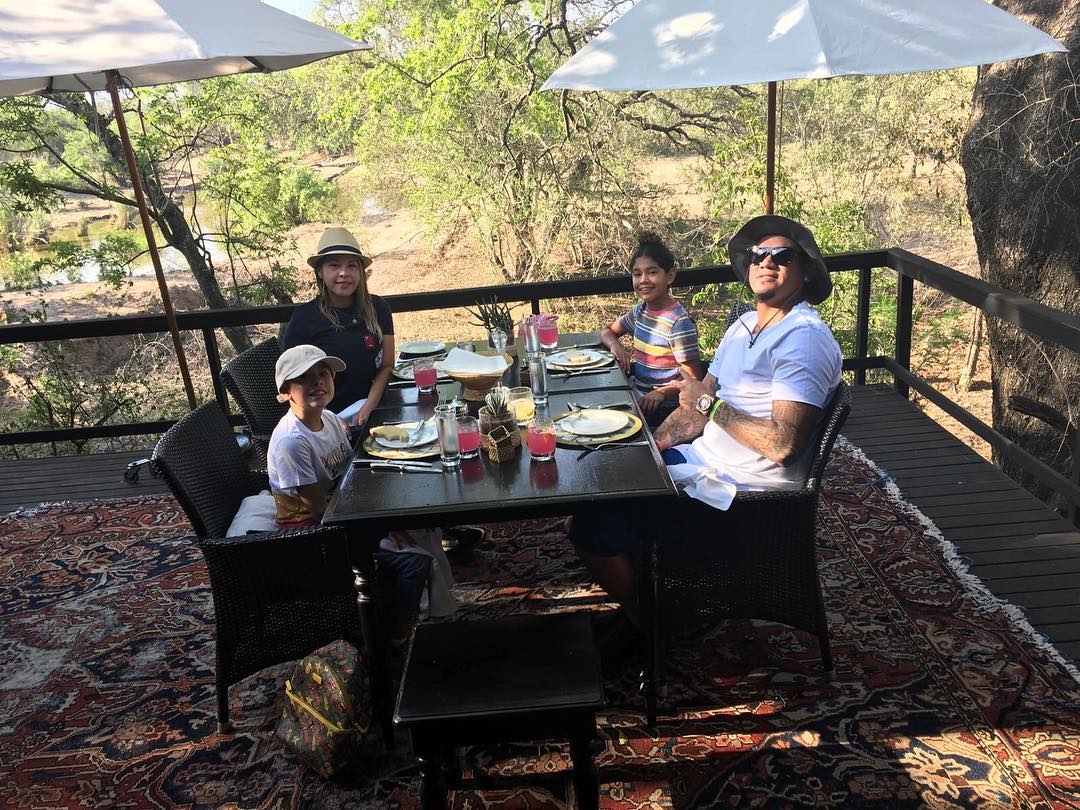 Felix with his wife and children at Royal Malewane on NOVEMBER 6, 2016 SOURCE: [email protected]

In addition to this, he also loves wildlife as he shared posts of their jungle safari in South Africa. Moreover, he is also fond of dogs and has pet dogs named King and Oreo. Furthermore, he is also involved in social and charity works.

Felix was born on April 8, 1986, in Valencia, Venezuela, to parents Felix Hernandez Sr. and Mirian Hernandez. He also has a brother named Moises Alexander Hernandez with whom he spent his childhood. He became an American citizen in 2018 before that he was Venezuelan. 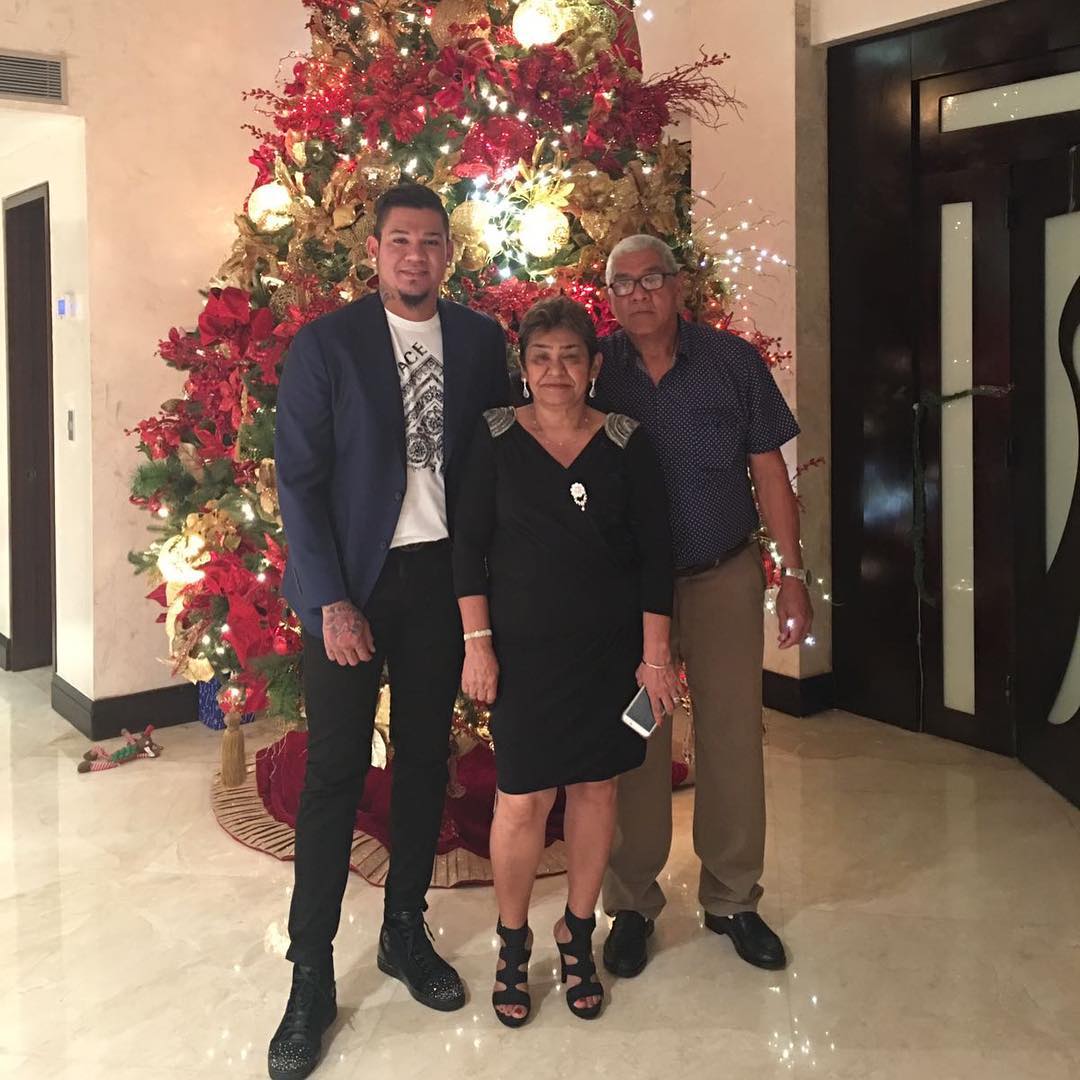 His father was a businessman who was the owner of the trucking business. Felix's family supported him in his career upliftment as he began playing from an early age.

Felix Hernandez started his baseball career in 2002 when Mariners signed him as a free agent. Since then he entered the minor league and played for Seattle until 2005. Well, he made his MLB debut in 2005 against Detroit Tigers while he played his first full season in 2006.

From the day of his MLB debut due to his outstanding performance, he earned many titles and awards including AL Cy Young Award, and MLB Wins leader 2009. He is currently playing alongside some of the renowned MLB players including Kyle Seager, Dee Gordon, and many more.

Open the link Playerswiki.com for more biographies and news of MLB players.