Derrick Favors is an American Professional Basketball Player who plays in the National Basketball Association (NBA). As of 2019, Hilario currently plays for Utah Jazz as their Center/ Power forward. The former rookie of the year has also played for New Jersey Nets. Favors has an estimated net worth of $18 million and an annual salary of $11 million. As of 2018, Favors has earned nearly $65 million from his NBA career. In 2018/19, Favors will earn a guaranteed base salary of $16 million from Utah Jazz.

Derrick Favors is married to his longtime girlfriend Shivolli Dasilva. The couple is blessed with beautiful twin daughters; Sanaa and Serenitee Favors, and a one-year-old son.

Derrick Favors's Net Worth and Salary

In 2018, Favors signed a two-year contract worth $37.6 million with Utah Jazz, including $16 million guaranteed.

Before the 2010 NBA draft, Favors signed a deal with Adidas, but there isn't any detail information about the amount he earns from Adidas.

Happy One Month to DJ!!

The family has permanently moved from Utah to Atlanta. Like favors, Dasilva is also an Atlanta, Georgia native. She worked as a Front desk manager at Gold's Gym in Atlanta.

Besides being a good father, Favors is also quite popular in social media. He has more than 68k followers on Instagram and 137k followers on Twitter.

Derrick Bernard Favors was born on July 15, 1991, in Atlanta, Georgia to parents Johnnie Parker and Deandra Favors. He grew up alongside his older sister Tiffany and a younger brother Brandon. His star sign is Cancer.

Favors' parents had an affair when the two worked for Eastern Airlines in Atlanta. However, they lost contact and Derrick's mother raised all three children as a single mom. 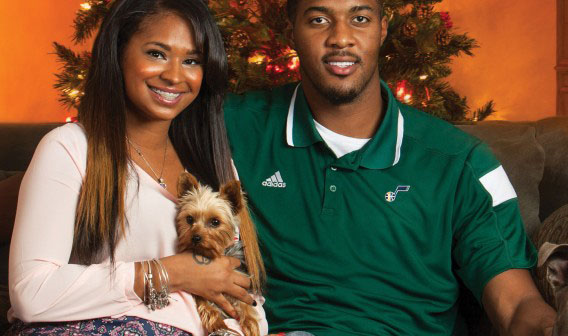 Favors used to play for the High school team in South Atlanta High School. In his high school, Favors was ranked 1st player by Scout.com, 2nd by ESPNU, and 4th by Rivals.com.

Favors' professional career began, after being selected by the New Jersey Nets in the 2010 NBA draft. His first record was 13 points and 13 rebounds against the game with Miami Heat in 2010. On February 23, 2011, Favors was traded along with Devin Harris to Utah Jazz for Deron Williams.

You may like: Kyle Korver's Age, Net worth, Personal Life and Height 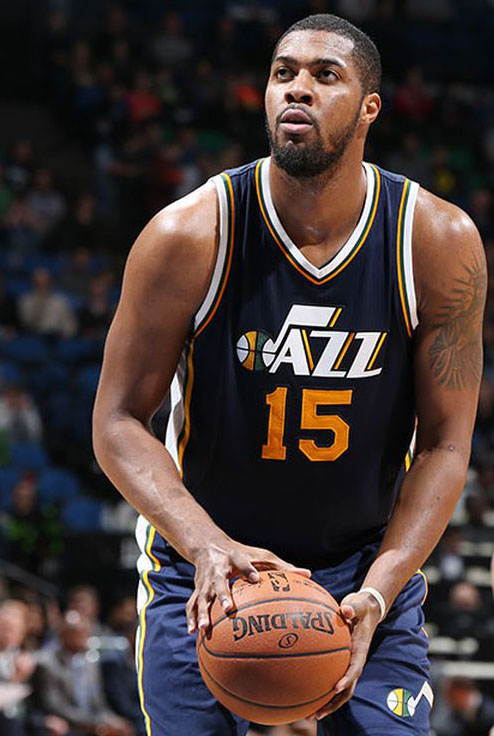