Claudi Villafane is an Argentine actress who is well recognized for her appearances in TV series like Escape perfecto, Maradona by Kusturica, and Wild Angel. Besides as an actress, Villanfane is also popular as the ex-wife of one the greatest footballer of all time, Diego Maradona, an Argentine retired professional football player, and manager.

Claudia Villafane's Net Worth in 2019; Who much is her Salary?

The significant source of Villafane's income is the entertainment industry as she is fully involved in the field since her divorce. As of 2019, her exact figure of salary is under review.

Her ex-husband Diego Maradona currently has the net worth of around $100 thousand as reported by Celebrity Net Worth.

Claudia Villafane married her childhood sweetheart, Diego Maradona on 7th November 1984 in Buenos Aires. The two met in a poor neighborhood in Buenos Aires before Maradona rose to prominence. 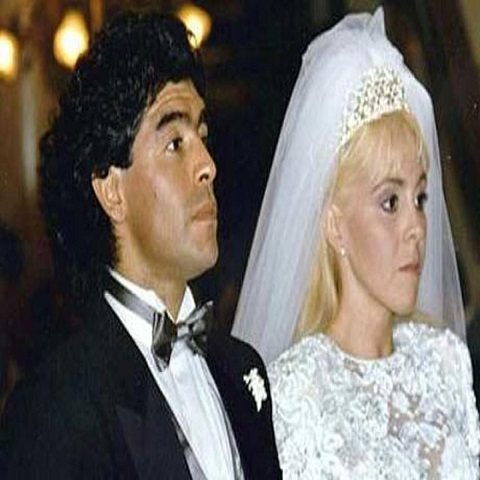 The couple became a proud parent for the first time following the birth of their daughter, Dalma Nerea on 2nd April 1987. After two years, they welcomed their second daughter Gianinna Dinorah on 16th May. 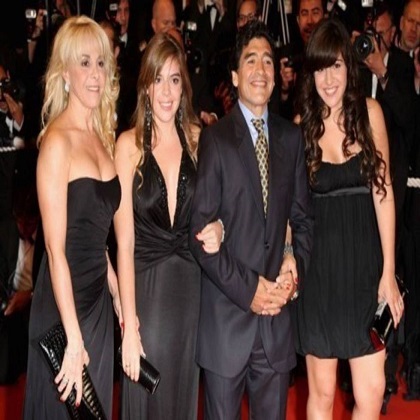 However, Villafane and Maradona could not carry their marital affair well and ended divorcing in 2004 and remained on friendly terms. In Maradona’s autobiography, he admits he was not always faithful to Claudia, even though he refers to her as the love of his life.

During the divorce proceedings, Maradona admitted being a father of Diego Sinagra. Also, Maradona is a father a young son named Diego Fernando and another daughter named Jana. 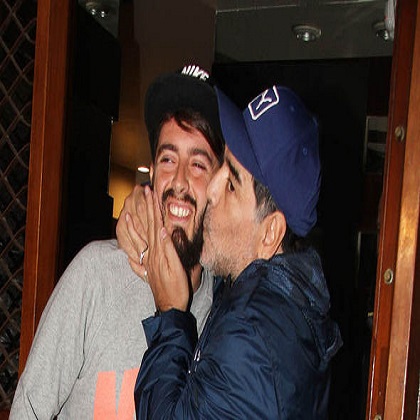 In 2006, the ex-couple traveled together to Naples for a series of homages as well as also seen together on other occasions, including the Argentina game during 2006 World Cup.

After the divorce, Villafane is reported to be single and unmarried whereas Maradona has been involved in numbers of a romantic relationship with different women. In 2012, Maradona started dating Rocio Oliva and got engaged to her in February 2014.

In 2015, her former husband, Diego Maradona accused her and two daughters of stealing nearly $9 million from his bank account and also using the cash to buy property in the U.S.

Meanwhile, as of 2018, she is not only a mother but also a grandmother of Benjamin Aguero Maradona. Benjamin is the son of Giannina Maradona and her ex-husband Sergio Aguero, an Argentine striker who plays for Premier League club Manchester City.

Claudia Maradona was born in Argentina, to Roque Nicolas Villafane and Ana Maria Elia. Her exact date of birth is under-review. Also, there is not much information about her childhood.

Claudia Villafane made her acting debut, starring in a TV series, Wild Angel in 1999. Further, she made her guest appearance in three episodes of family TV series, Sabado Bus.

Her other acting credit includes: