Chip Edward Kelly is an American football coach currently working for the UCLA Bruins. He was a head coach in National Football League (NFL) twice, coaching Philadelphia Eagles from 2013 until 2015 and with the San Francisco 49ers in 2016.

From 2009 to 2012, He was the head coach of the Oregon Ducks, leading the program to four consecutive BCS bowl game appearances, including the 2011 BCS National Championship Game, before coaching in the NFL.

On November 25, 1963, Kelly was born in New Hampshire, Dover. He attended Manchester Central High School and graduated from New Hampshire University in 1990 with a Bachelor of Science in physical education.

Chip Kelly played as a quarterback at Manchester central and defensive back at the University of New Hampshire and also played ice hockey and basketball during his high school days.

In 1990, Kelly started coaching at Columbia University serving as a secondary and special teams coach for the freshman team.

In 1992 he went to New Hampshire University as a running back coach. Later, he left after one season to become the defensive coordinator at Johns Hopkins University.

For the next three seasons (1994–96) he returned to his alma mater as a running back coach. Later, he changed into the offensive line coach for two seasons (1997-98).

He was named the College Assistant Coach of the Year by the Gridiron Club of Greater Boston after the 2005 season and American Football Monthly awarded him as “one of the college football’s hottest coaches”. 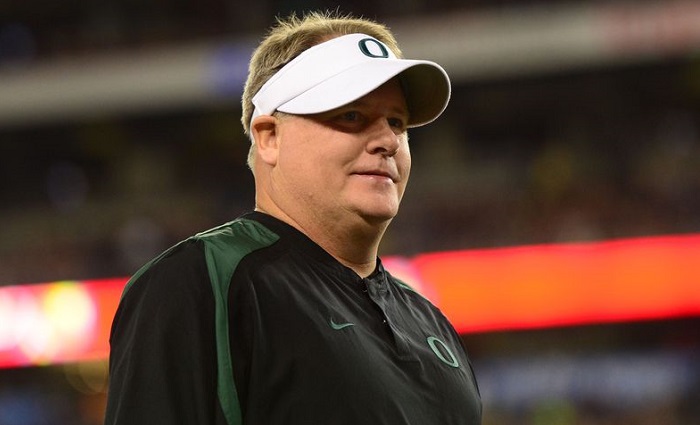 Kelly helped the Ducks to upset USC Trojans on October 31, 2009, eventually gaining national attention. In his first season, Kelly became the first Pac-10 coach to win a full conference championship, sending the Ducks to the Rose Bowl for the first time since 1995. He was awarded PAC-10 coach of the year on December 7, 2009, being a second Ducks coach to earn the honor.

Kelly led the team to # 1 in the AP, Harris and USA Today Coaches Poll in early October 2010, followed by a # 1 BCS ranking a few weeks later.

In 2012, after defeating UCLA in the opening Pac-12 Football Championship game, the Ducks won their third straight Pac-12 title. 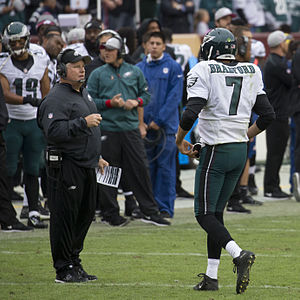 CAPTION: Kelly (left) with the Philadelphia Eagles in 2015 SOURCE: Wikipedia 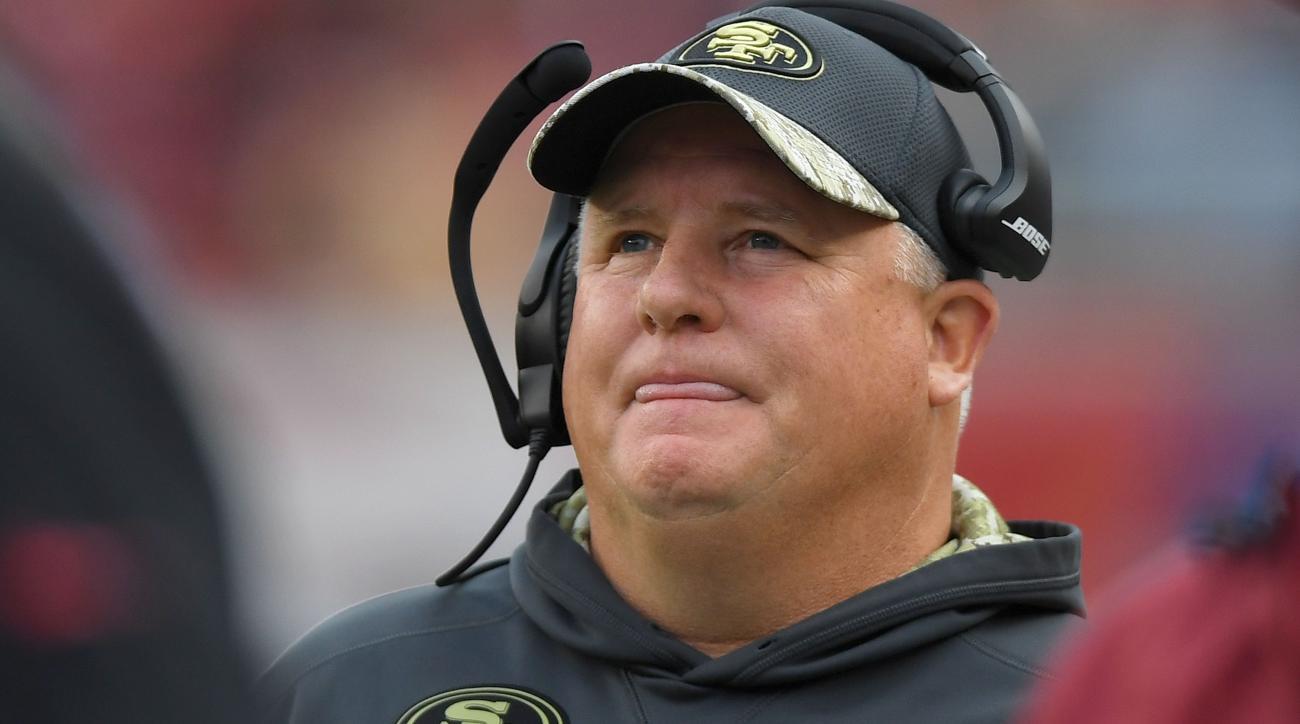 On January 14, 2016, Kelly was signed by the San Francisco 49ers  as a head coach. In his first game,  Kelly’s team defeated the Los Angeles Rams at Levi's stadium in 28-0 romp.

Later Kelly was fired by San Francisco 49ers due to his poor performance. On 26 May 2017, Kelly was hired by ESPN as a college football studio analyst.

Chip Kelly Net Worth and Salary

According to celebritynetworth.com Kelly has an estimated net worth of $14 million and has a salary of  $7 million. Before the game of UCLA against California at the Rose Bowl, Kelly confirmed that he signed a five- year contract worth $ 23.3 million with a reciprocal purchase of $9 million.

Kelly hesitates to talk about his life outside of soccer. He lives in Rye, New Hampshire and has a small group of close friends in Manchester, New Hampshire, who never talk to reporters about him. Ted Miller, the ESPN blogger, describes Kelly as " funny, biting, pithy, strange, fiery and surprising when talking to reporters.

Chip Kelly was married to Jennifer Jenkins in 1992 and currently, they are separated and there isn't any information about his current wife. The couple lived together for seven years before getting divorced in 1999.

Chip met Jennifer in 1989 while she was a senior at New Hampshire College and quietly got married after 3 years. The former couple is still a good friend of each other even after the divorce.

Jennifer currently runs a company named after her mom that sells little care packages for people with the flu or colds.

Deion Jones Deion Jones: Under $57 million contract extension with the Atlanta Falcons, How much is his salary and net worth in 2020? Is he married?
Biography