The top prospect in the 2020 NFL Draft, Chase Young is an American Football Defensive End. He attended DeMatha Catholic High School and for his collegiate years, he enrolled at Ohio State University playing for the Ohio State Buckeyes wearing the #2 Jersey.

Young was born on 14 April 1999 under the star sign Aries. He was born to parents Carla Young and Grey Young and raised alongside sister Weslie Young in Upper Marlboro, Maryland.

Chase Young Net Worth and Projected Salary in NFL

The Maryland native is just a college alumnus currently and hasn't been earning any cash from his profession. The multi-talented Chase will soon be earning plenty after his 2020 NFL Draft.

Young is the top contender in the 2020 NFL Draft who will surely secure a good spot in the top teams and become a valuable asset for the same.

The top prospect in the NFL missed a few games in November for accepting a loan from a friend to fund his girlfriend's trip to Ohio State's Rose Bowl matchup against the Washington Huskies in 2018. 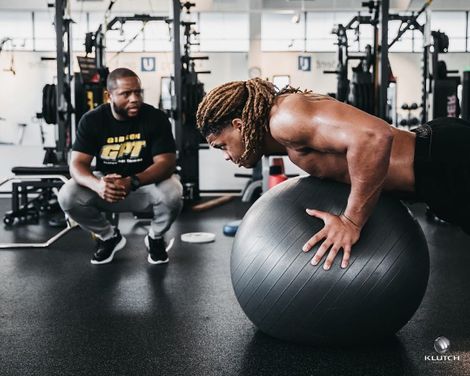 Chase Young training to be the Best SOURCE: [email protected]_

Young hasn't revealed any information regarding his girlfriend in any media. However according to the reports from Feldman of the 247 Sports.

"I'm told (Young) paid that money back in April. Sources say that the friend who loaned him the money in question is not an agent, is not a booster, and that is a significant detail as the NCAA begins to try and sort all this out."

He later apologized for his actions and also thanked his family members, peers, and colleagues after the incident was successfully handled.

His previous record is set at 4.94 second in his 40-yard dash staying behind Isaish Simmons's time of 4.39 second and Joe Burrow time of 4.85 seconds at the MLB Combine.

Although having a big frame of 6ft 5in and a weight of 120 Kg, having set a record of 4.94, he is undoubtedly one of the underdogs of the future NFL tournaments.