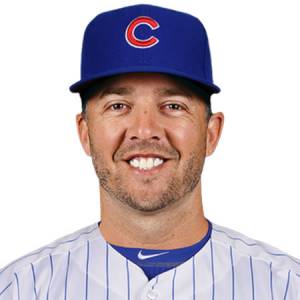 Brandon Kintzler is an American professional baseball player who plays in the Major League Baseball (MLB). As of 2019, Brandon Lee Kintzler currently plays for the Chicago Cubs as their Relief pitcher. Brandon Lee Kintzler has played for other teams like Milwaukee Brewers, Minnesota Twins, Washington Nationals.

Brandon is married to his girlfriend Melissa Kintzler and has two children.

Is Brandon Kintzler Married? Details About His Spouse/Wife/Girlfriend

Whispering about the famous athlete's married life is common for people. Brandon Kintzler is undoubtedly not a common name. So it is no new that people want to know about his personal life details.

Brandon got married to his beautiful girlfriend Melissa Kintzler on December 30, 2013, in Las Vegas in front of family and friends. The couple, after dating for a long time, tied the knot in a wedding ceremony held in their hometown. 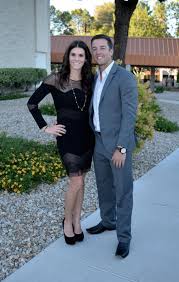 Brandon' wife wore a white cocktail dress while he wore dress slacks along with a tie on their wedding. According to the Milwaukee Journal Sentinel, they paid 50 bucks and did a drive-through wedding. He also put their dog, Bo, in a tuxedo for the occasion.

"We did a drive-through wedding. Put my dog in a tuxedo, put him in the back seat. Drove up to the little white chapel where Britney Spears got married. The minister literally comes out of literally a drive-through window, you say your vows and you’re gone. Fifty bucks. Cheapest wedding ever. The video part was more expensive – it was 85."

Kintzler said with a laugh.

His wife Melissa is a Canadian native and the couple first met while Kintzler was playing for the Winnipeg Goldeneyes in the Independent Northern League a few years back.

So far the couple is living a happy married life and is blessed with two children. Their first son named Knox was born in 2015 and the second child was born in 2018.

How Much Is Brandon Kintzler's Career Earnings? His Net Worth and Salary

Brandon Lee Kintzler has an estimated net worth of over $10 million in 2019. As far as his annual income is concerned, Brandon is currently receiving a total sum of around $5,000,000 from the Chicago Cubs team as his salary.

In addition to this, Kintzler has recently signed a two-year contract with the Washington Nationals worth of $10 million and the contract is signed on December 14, 2017. Besides all this, Chicago Cubs exercised him on $5 million as club option in 2019.

Brandon has played several seasons in the Major League Career so far and has made a decent amount of money which is almost $15,484,106 and is supposed to earn a lot more since he hasn't quit his MLB career. Jason Heyward is among the highest earners of the Cubs team with annual average salary above $20 million.

Brandon Lee Kintzler was born on August 1, 1984, in Las Vegas, Nevada, United States. As per his nationality, he is American and belongs to the White ethnic group. Further, his star sign is Leo.

Soon after ending his college career, he was selected by the San Diego Padres in 2004 and played for them over two seasons. After that, Brandon played in the independent leagues from 2006 to 2009.

Later on, Milwaukee Brewers signed him in 2009 and was left free agent in 2015. Kintzler then started his journey with Minnesota Twins where he played for almost two seasons. After that, Brandon Kintzler was traded for Tyler Watson to the Washington Nationals in 2017.

Currently, Brandon Kintzler is playing for the Chicago Cubs team since he was traded in exchange for Jhon Romero on  July 31, 2018. Brandon is playing along with Jon Lester who is among the renowned players in the Major League.

Jessie Vetter UW Athletic Hall of Fame Jessie Vetter's Salary and Net worth in 2020; Who is her Husband?
Biography