Apart from being the member of SBG Ireland, he also fought for several British MMA promotions, Cage Warriors and Cage Contenders.

Hence, we assume that he is earning a good amount of money through his MMA career which is expected to increase as his career progress to the next level.

Talking about his personal life, he is married to his wife Nicole McQuillan. However, the details about their wedding are still undercover.

Besides, the couple is a parent of an adorable baby boy whose deatils are still out of reach of media.

Artem Lobov with his wife and son
SOURCE: Instagram

Apart from love life, Artem is currently a Straight Blast Gym's up and is Conor Mcgregor's best friend as well as his sparring partner.

Artem was caught into a controversy after he reportedly talked trash about a fellow lightweight fighter Khabib online. Khabib Nurmagomedov's with team members were seen surrounding Artem in a hotel, before UFC 223 event which was the main reason behind the dolly bus incident before UFC 223. The whole incident later gave way to the UFC 229 event, which is UFC's one of the biggest pay-per-view events between Khabib and Conor.

Furthermore, there is also no rumors, controversy, scandals added to his name as he is focused on his developing his MMA career rather being involved in any sort of relationship and other troubles.

Artem Lobov was born on 11 August 1986 in Gorky, Russian SFSR, Soviet Union. He is of Russian nationality having a white ethnicity.

While there is no information about his parents, siblings and educational background, it is known that he has an interest in combat sports since his early childhood days. To pursue his MMA career, he trained under several tutors and institutes.

He lost his debut match against Patrick Vickers through a unanimous decision. Lobov later went to compete for various promotions such as Cage Contenders, Absolute Championship Berkut and the Ultimate Fighter.

Artem Lobov made his UFC debut in 2015. He took on Ryan Hall during the Ultimate Fighter Finale 22 in December 2015. He lost the bout through a unanimous decision and later faced Alex White at UFC Fight Night 82 on February 6, 2016.

Lobov took on Cub Swanson during the event of UFC Fight Night 108. He lost the match via unanimous decision however his performances earned him the Fight of the Night performances.

The Russian MMA fighter later had a match against Andre Fili on October 21, 2017, during UFC Fight Night 118 but lost the match via a unanimous decision. 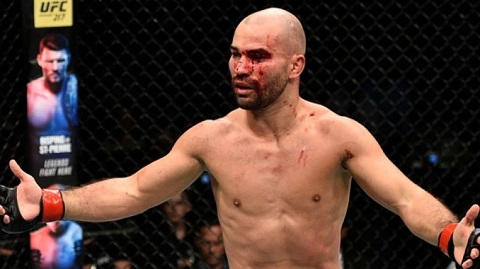 Artem was expected to face against Zubaira Tukhugov during the event UFC Fight Night 138 that on October 27, 2018, but the match was canceled after Thkhugov was found involved in the Conor McGregor Vs Khabib Nurmagomedov aftermatch brawl which saw him terminate his contract with UFC. He instead faced Michael Johnson but was defeated via unanimous decision.

The Russian MMA featherweight athlete, Artem Lobov stands at a height of 5 feet 9 inches tall and weighs around 66 kg. He has a reach of 65 inches which he uses to his maximum effect during his matches on his competitors.

Reinier Jesus Reinier Jesus Signed with Real Madrid; How much does he Earn in Salary? His Relationship status, Girlfriend, Family, Age, Height and More