Famous as the wife of an American baseball player Paul Goldschmidt, Amy Goldschmidt is a former athlete who played golf for her college team. The couple met back in their college days and eventually married in October 2010 after dating for a long time. As of now, they are a parent to their two children.

Scroll down to know more about Paul Goldschmidt's wife and their love story.

Amy met her future husband, Goldschmidt, at Texas State University, where Goldschmidt was a freshman baseball player and Amy representing her college golf team. They first noticed eachother during their first semester at TSU at a required study hall.

Though the couple initially didn’t realize they were in some of the same classes; however, their relationship started slowly. 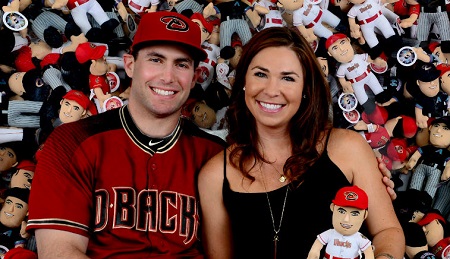 Amy said, “We hung out as friends, then became better friends and eventually started dating.”

After dating for three years long, Paul got down on one knee asking her to marry. Obviously, the answer was YES!

In October 2010, Amy and Paul exchanged the vows in Fort Worth at Texas Christian University’s Robert Carr Chapel, where she grew up playing golf. 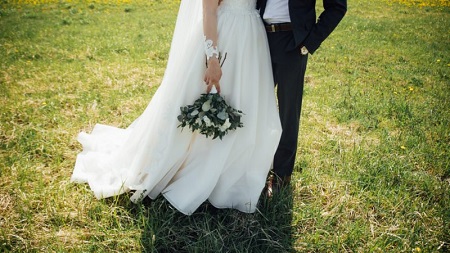 Now, the couple has two children, a son, born on 2nd September 2015, and a daughter. Amy and children often visit during Paul's games to cheer up. 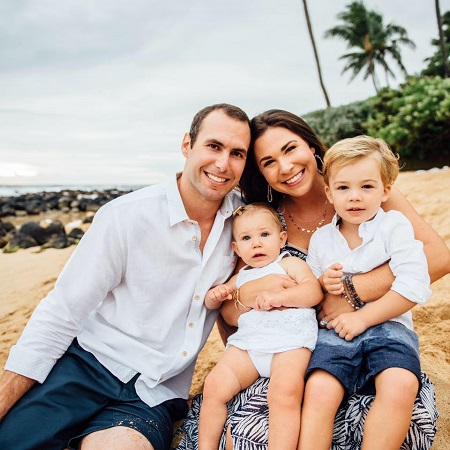 Talking about their socials, Amy has set her Instagram account private while her husband is nowhere to be found.

Wilmington, Delaware native, Paul Goldschmidt was born on September 10, 1987, who is currently signed to the St. Louis Cardinals of Major League Baseball (MLB). Paul, who has Jewish and German ancestry, became an evangelical Christian as an adult. 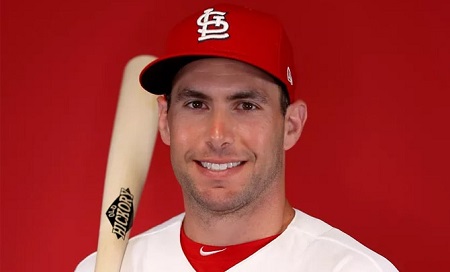 The thirty-two years old was picked in the 2009 MLB draft bu the Arizona Diamondbacks, where he made his debut in 2011 and played until he was traded to St. Louis Cardinals for the 2019 season.

Net Worth and Charity

A full-time housewife, Amy shares a tremendous net worth with her baseballer husband. As of 2019, St. Louis Cardinals – No. 46 first baseman has an estimated net worth of $20 Million. Currently, he is under a 5-year contract with Cardinals worth $130 million. As per the deal, his salary for the 2019-20 season is $26 million. Further, the MLB star has summoned $45,991,000 as his career earnings.

With a jaw-dropping net worth, the Goldschmidt family is living a lavish lifestyle.

Besides, Goldschmidt couple has set up a charity, named "Goldy's Fund 4 Kids", which has hosted bowling events, to raise funds for Phoenix Children's Hospital.