Amy Crawford is a stunning wag of an American professional baseball pitcher, Gerrit Cole, a free agent who previously played for the Pittsburgh Pirates (2013–2017) and Houston Astros (2018–2019) in the MLB. After dating for three years long, the college sweetheart got engaged in July 2015 and eventually tied the knot on 12th November 2016.

Gerrit Cole's wife was born on January 10, 1989, in Pleasanton, California. Her star sign is Capricorn. She enrolled at the University of California in Los Angeles where in addition to playing the softball for the college team, she graduated with a BA in sociology and social science in 2011. Currently, she serves as the recruiting manager at Essex Mortgage and career coach at Athletes to Careers.

Amy Crawford met her future husband, Gerrit Cole while they both attended the University of California Los Angeles. There she played softball whereas her beau was a star baseball player.

Gerrit recalls, "I remember thinking she was the prettiest girl I had ever met and I wanted to get to know her.”

As every love affair starts with friendship same happened in their case too. The two became friends while sharing the weight room but it was a pair of kind gestures that led them to date.

Just days before Amy graduated, Gerrit was drafted by the Pittsburgh Pirates with the number one overall pick in the 2013 MLB draft. Suddenly they were in a long-distance relationship and the periodic meetings led to an epiphany.

Gerrit said, “Life was a lot better when she was around, and I knew she was the one I wanted to spend my life.

After being in a relationship three years long, he asked her to marry him when the two were out for dinner. The duo got engaged in July 2016.

Tied The Knot In Newport Beach

On November 12, 2016, Amy Crawford and Gerrit Cole exchanged the vows in a lavish ceremony in Santa Barbara. 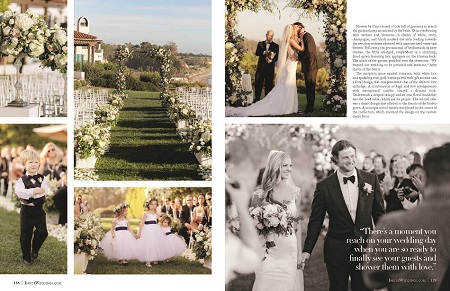 At the wedding, the bride came into sight in a stunning, fitted gown featuring lace appliqués on the illusion back. On top of that, the six-tier cake was a classic design that alluded to the details of the bride’s gown.

She was born to parents: Lynn and Michael Crawford. She grew up alongside siblings Kaitlin, Jenna, and Brandon. Among four siblings, Brandon Crawford, 32, is professional baseball shortstop for the San Francisco Giants of Major League Baseball (MLB).