Ali Krieger is an American soccer player who currently plays for Orlando Pride of the National Women's Soccer League. She formerly played as a defender for the United States Women’s National Soccer team. She was also a member of the US team that won the World Cup 2015.

Ali Krieger confirmed that she is a lesbian in 2014 and is currently married to her longtime-partner Ashlyn Harris who is also an American soccer player. Let's take a look at her wiki to gain information regarding her career, early life, personal life, family, girlfriend and more.

Ali Krieger has an estimated net worth of around $3 million as of 2019. Her major source of earning is from a professional soccer career. Besides, she also has endorsement deals with various brands. 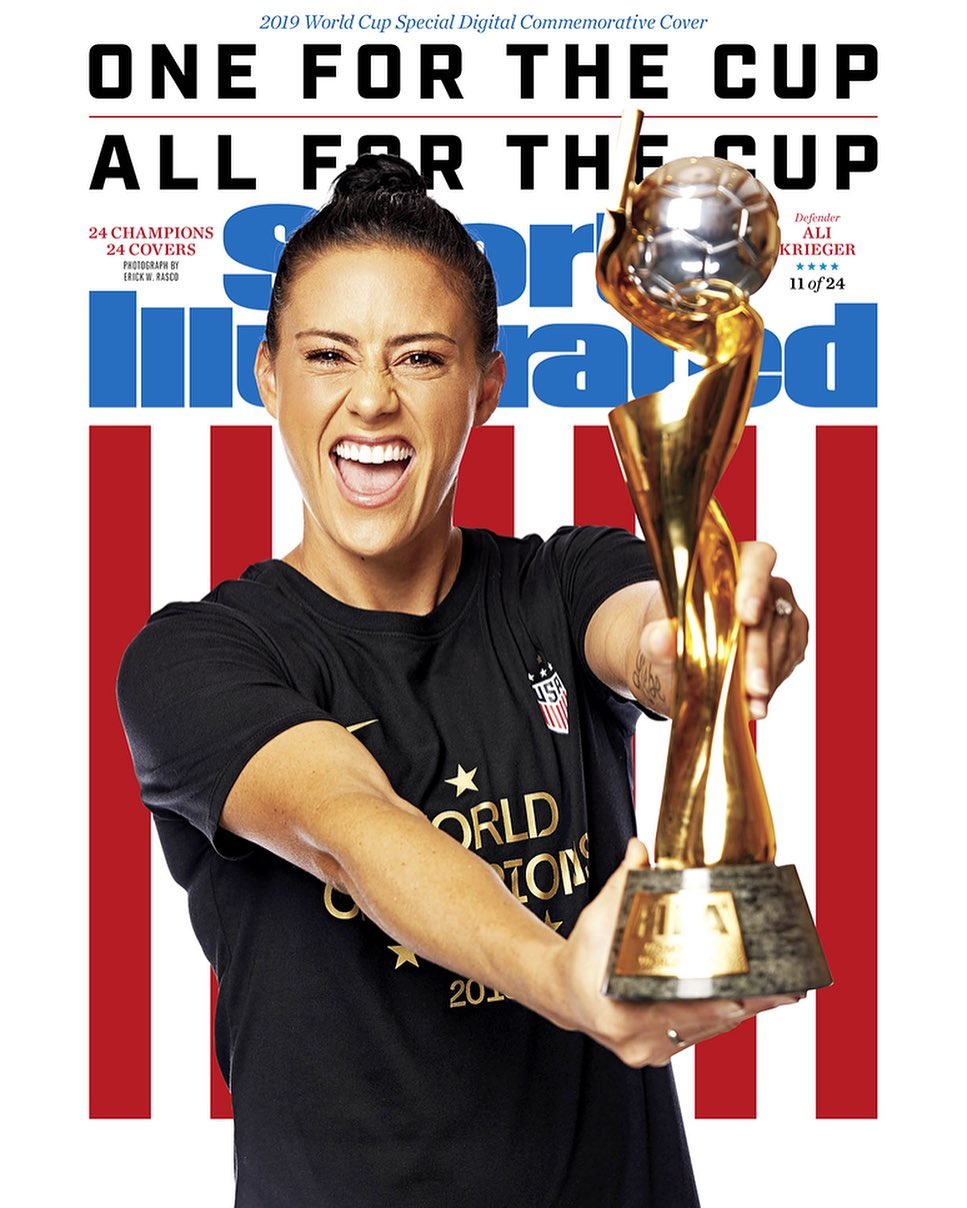 One of the highest-earning woman soccer player Alex Morgan earns more than $3 million in a year. Reportedly, she earns a salary of around $250,000 from her team Orlando Pride.

Checking in from the #OUTTheRoadAhead event tonight in NYC! Celebrating #NationalComingOutDay with @genesis_usa ?? #ad #GenesisUSA #g70

Krieger is a brand ambassador of Nike since 2007. She also endorsed Unequal and was signed to ZICO and Smuckers for the 2016 Summer Olympics in Rio.

She possesses a height of 5 feet and 6 inches and her weight is around 60 kg. Ali Krieger is widely admired by her fans on social networking sites. She was followed on Twitter.

Ali Krieger, 35, is openly lesbian. Currently, she is married to her long-time partner, Ashlyn Harris, the backup goalkeeper for the USWNT and Orlando Pride. The two went on their honeymoon to Atlantis in The Bahamas.

The lovebird often shares their adorable pictures via their respective socials, which they have captured while the two were in vacations, party or games. There is no news and rumors popped out in media sites regarding divorce, hence, Krieger is living a blissful life with her spouse. 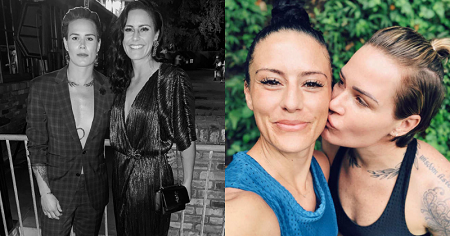 Previously, Krieger was in a relationship with Brent Wise, a baseball player. She was also featured along with her national teammates in the EA Sports’ FIFA video game series in FIFA 16.

Ali Krieger was born as Alexandra Blaire Krieger on July 28, 1984, in Virginia, USA. She is an American by her nationality and her ethnicity is white. Krieger was born to father Ken Krieger and mother Debbie Christopher and has a brother named Kyle Krieger.

Ali Krieger grew up in Dumfries, Virginia. She was supported by her parents and her father coached her for 12 years. She started her youth career by playing with Prince Williams Soccer Inc. (PWSI) team in 2003. Krieger attended Forest Park High School and while playing there she was a three-year team captain.

Also Read: How Much is Christen Press Worth?

Ali Krieger was also honored as Gatorade’s state player of the year in her final year at Forest Park. She went to Penn State University and played with the Penn State Nittany Lions. Krieger scored 11 goals in 87 matches while playing for his college team.

Ali Krieger turned professional in 2005 and started his career with Northern Virginia Majestics. However, she could not make a place in the senior team. She then moved to Washington Freedom and played some matches

Alo Krieger then signed a contract with FFC Frankfurt where she played with the team for four years. She then moved to Washington Spirit but left the club in 2017 to join Orlando Pride where she currently plays. Krieger has made 50 appearances for the team so far.

Ali Krieger also made her appearance with the United States women’s national soccer team in the Four Nations Tournament. She was a part of the team that won the women's world cup in 2015. She took retirement from international football in 2017.