Oscar Otte is a skilled and successful tennis player who has been active on the tennis field for over a decade. As per the Association of Tennis Professionals ( ATP), he is ranked as high as world No. 36 in singles. Likewise, he has a career-high doubles ranking of world No. 161, attained in May 2017. Likewise, Otte turned professional in 2011 and preferred to play with his right hand. Additionally, he is coached by former professional tennis player Peter Moraing based in West Germany.

In 2017, Oscar's first ATP Challenger Tour doubled title came at the Garden Open in Rome. Following his playing career, he records 23 singles and doubles title wins on the ITF World Tennis Tour. Also, he has seven titles on the ATP Challenger Tour.

Oscar Otte has an estimated net worth of $1 million. Oscar has participated in multiple events and games, among which he has also bested multiple titles. Therefore, the player surely has earned whopping money from his growing career. As of this writing, the German professional tennis player Otte's prize money is $1,939,160. 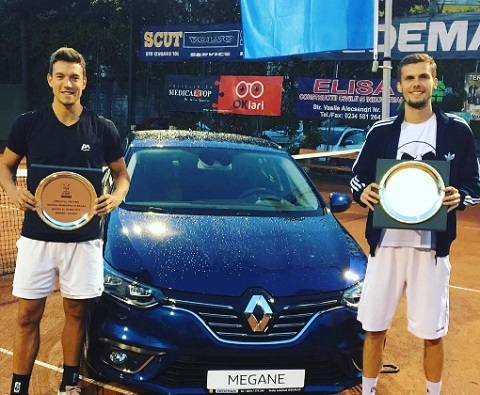 Oscar Otte and his friend after winning a title. SOURCE: Instagram @oosmarin

According to the sources, Otte took home prize money$816,159 in 2022. In 2021, His prize money was recorded at $501,410. Therefore, being a professional tennis player, he might add more money to his bank account in the future, playing in major events.

Tennis is the main source of Otte's income sources; however, he might also earn from other possible sources like brand endorsements and promotions. We often see the player tagging multiple sports brands on his social media handle. Hence his apparel is from Gruben Helden Sports. Besides, IFM Electronic also sponsors him. 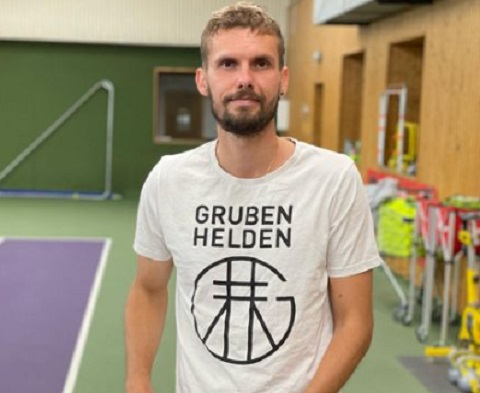 Likewise, Otte uses Solinco and Babolat rackets. Well, he hasn't shared openly about his brand promotion. However, he often shares pictures featuring these brands' clothes and other playing materials.  Along with the sports brand, the professional tennis player has also promoted Dextro Energy, a great fitness product for intense sports activities.

Otte is in relation to his partner, Emma Piia. But the tennis player hasn't made any official announcement regarding his lovelife. Moreover, he could be more open about his romantic life; therefore, more information regarding his dating career is yet to come. 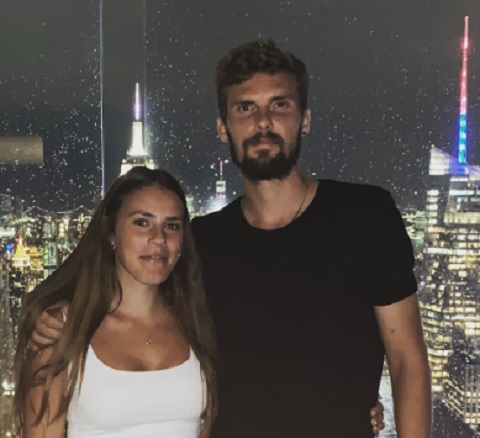 Despite Otte's popularity, he has talked less about Emma and his relationship. So, we have no clue when the couple started dating each other. On the other hand, Emma has maintained silence about their relationship status, and her Instagarm handle is also private. The tennis player, Kamil Majchrzak, is married to his wife, Marta.

Along with Otte's professional career, he often gains public attention for his relationship, so he prefers to keep his presence away from unwanted controversies and rumors, which is why his name is not yet linked with any women in the past. This proves that the player has always remained private regarding his lovelife.

Otte started his professional career in 2011. But in 2017, the tennis player made a remarkable run at the Qingdao Challenger and reached the final in the singles. His Grand Slam main draw debut came at the 2018 French Open. The same year, the tennis player also won his first singles game on the ATP Tour at the Stockholm Open.

Likewise, he started his first 2021 season at the Australian Open. Oscar made a qualifier round for the main draw at the French Open for the third time in his career. Similarly, he also qualified for the Wimbledon Championships, which was the first experience for Otte. Further, in 2022, he started the year at Adelaide International.

Oscar Otte was born on July 16, 1993, in Cologne, German. he spent his youth career in his birthplace, where the professional must have finished his schooling as well. However, very few details are available regarding his childhood and past life. 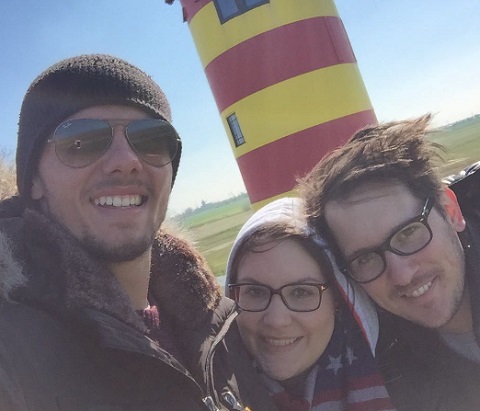 Oscar Otte Otto on a trip at Leuchtturm in Pilsum SOURCE: Instagram @ oosmarin

Further, his father's name is Rold Otte, but the details on his mother currently need to be added to the sources, including her name and professional career facts. Concerning his birth details, Otte's star sign is Cancer. Being a family man, the tennis player has maintained his family life away from the media reach; therefore, the information regarding his siblings has also remained behind the curtain at the moment.

How Tall Is Oscar Otte?

The player has an amazing physical build, and he weighs 79 kg. 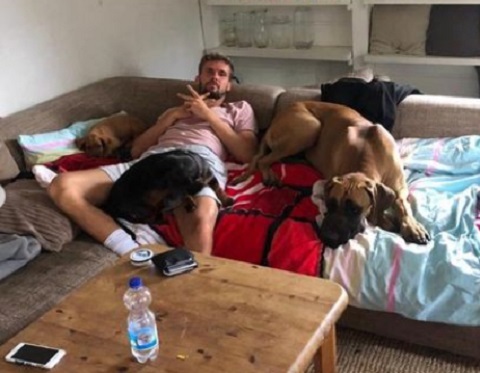 With Otte's whopping salary and earnings, he lives a luxurious life with his pets. Being a workaholic, Oscar also balances his living style with his loved one. Scrolling down to his Instagram handle, we can say he owns more than five dogs.

For further details, we can follow the player on his social media handle, where he is active under the username @oosmarin.