McCutcheon High School graduate, Nick Wittgren is an American professional baseball player. As of 2019, Wittgren currently plays as a Pitcher for the Cleveland Indians of Major League Baseball (MLB). Additionally, he was initially selected by the Miami Marlins in the 2012 MLB draft and played for the team until 2018. Moreover, Nick made his MLB debut on April 19, 2016, playing for the Miami Marlins.

Former Parkland College player, Nick was born on May 29, 1991, in Torrance, California. Wittgren, an American native belongs to the ethnic group of white. Also, his birth details suggest that he was born under the influence of the star sign, Gemini.

Tied a Knot With Ashley Wittgren

The Cleveland Indians pitcher, Wittgren is happily married to his wife, Ashley Wittgren. After dating for some years, the couple decided to exchange their marital vows on December 2, 2016. The love story between the couple is an interesting one as Ashley never thought of getting married to the baseball player. In fact, baseball is the only reason why the couple is still together. 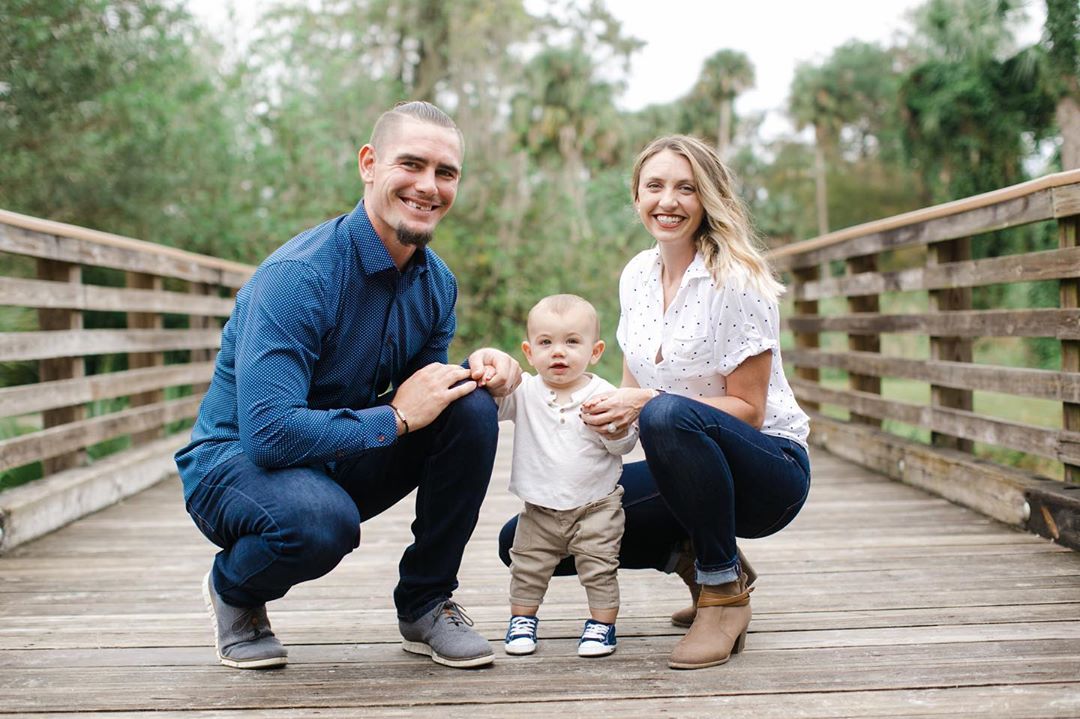 Before meeting with Nick, Ashley was working for the local baseball team. During the time, she vowed she would never marry the baseball guy. However, things changed pretty quickly when she met Nick Wittgren. The couple met for the 1st time through the Cape Cod baseball league.

The couple shares a strong bond together as they never miss a chance to post a picture of each other in their respective social accounts. 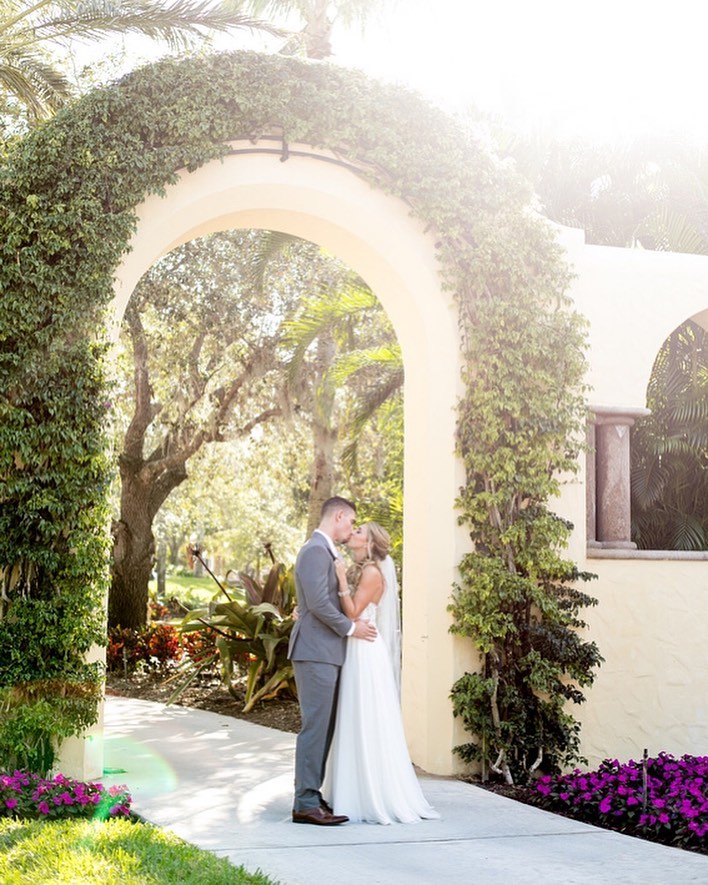 Nick Wittgren and his wife on their wedding day SOURCE: Instagram @the_fit_witt

On the duo's 2nd anniversary, Nick posted a picture on his Instagram with the romantic caption: "crazy how it has been a year since this crazy and amazing night! Happy two years of marriage to my wife @crosbyae23 !!! (Yes the wedding was a year ago but we got married two years ago) Hence, the photo of us holding up 1 since it was our 1 year celebration too. Cant wait for the years to come and our new adventures when Jackson arrives."

On the other hand, Nick's wife recently posted a picture on the occasion of their 3rd anniversary with the emotional message.

She wrote: "Five years together. Three as husband and wife. Two since this magical day saying our vows in front of family and friends. Happy anniversary @nwittgren62 ?? I love our crazy little life, and wouldn’t want to do it with anyone else. Now let’s go celebrate." 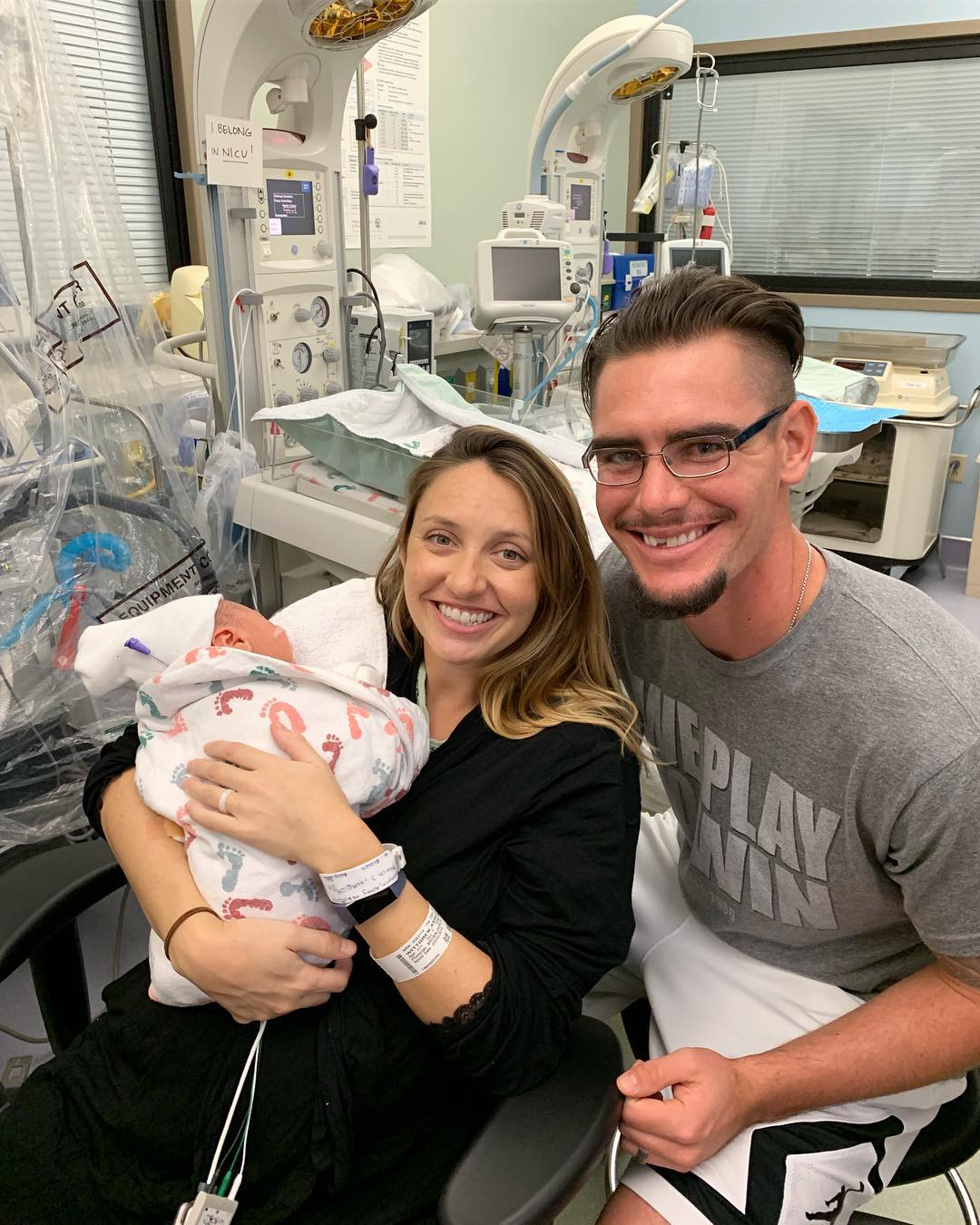 Nick Wittgren after the birth of his child SOURCE: Instagram @nwittgren62

Nick expressed his happiness after the birth of his son, posting a picture of a newly born baby and appreciating the doctors.

He wrote: "One of the most incredible days of my life happened yesterday (3/3/2019) at 12:34pm. Jackson Alexander Wittgren. Weighing in at 7 lbs 9 oz and 20.5 inches long (with a full head of hair). Thank you to all of the doctors and nurses that helped (specially the neonatologist and NICU nurses). I barely made it back from Arizona in time but I was able to watch my son be born. There is nothing more special than that moment. Welcome to the world little man. @crosbyae23 and I already love you more than you can imagine."

Details about his career earnings are tabulated below: 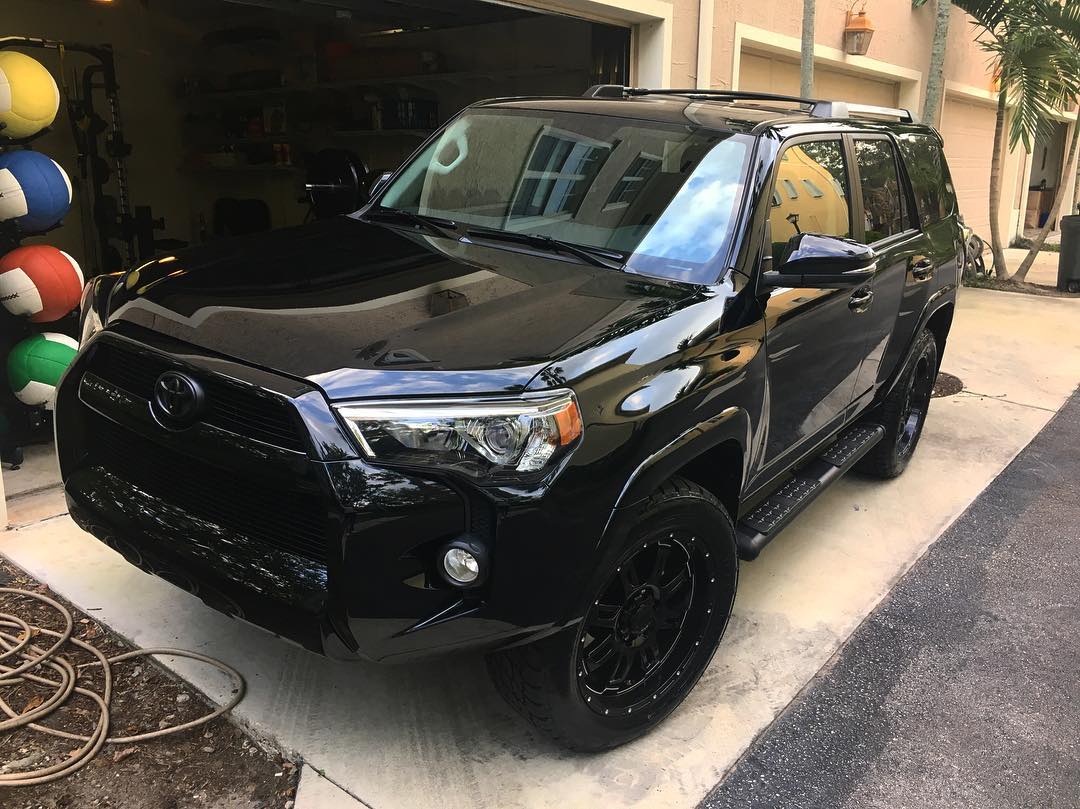 Apart from career earnings, Wittgren has collected a huge fortune which includes his Toyota The 4Runner. In particular, the car costs around $34,910. Likewise, he also earns an additional amount of money from endorsement deals and reportedly, Nick is under an endorsement deal with the brand Nike.

As an amateur player, Nick attended McCutcheon High School where he was a keen athlete, playing sports like baseball, basketball, and tennis, representing the school's team. Later, he joined Parkland College and played college baseball.

In addition, the real journey of his baseball career started when he attended Purdue University to play for their team. In his two years of Purdue career, he registered an outstanding record of 2.54 earned run average (ERA), 22 saves and 94 strikeouts over 92 innings pitched.

In his entire career, he shared the arena along with some of the famous baseball players such as Christian Yelich, Drew Steckenrider and many more.