Morgan Geekie is a Canadian ice hockey player playing for the Seattle Kraken of the National Hockey League (NHL). His prominent position is a center, and he wears jersey number 67. The professional ice hockey center began his NHL career after getting drafted by the Carolina Hurricanes in the 3rd round of the 2017 NHL Entry Draft.

Since 2021, Geekie has been representing his current team, Seattle Kraken. He is one of the most prominent players who has helped his team to some games. In 2014, he was awarded the MMHL Hockey Ability & Sportsmanship Award. In addition, Geekie has also played for Canada's national team, representing them in the Ice Hockey World Championships in 2022.

Morgan Geekie Is Married to His Wife, Emma Geekie: Dating to Marriage

Geekie is a happily married man, and his wife is Emma Geekie. They met each other at Strathclair. While opening up about their meeting, Geekie said they met each other when they began playing hockey at 6. The duo played together until they were 12. Gradually, they began developing a deep connection and started hanging out together. 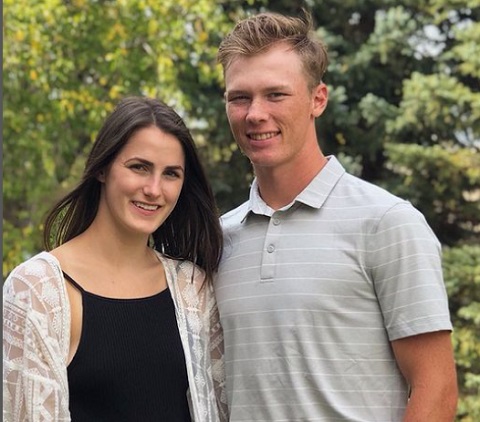 Finally, on December 2, 2013, the Geekie pair went out for their first date. Since then, they have been together. Both of them have not hesitated to show love for each other to the world and often post images on their social media handles. After dating for many years, they thought of taking their relationship to the next level, and Morgan took the first step to propose to his girlfriend.

In the summer of 2020, Morgan proposed to Emma. During that time, he did online ring shopping during the early stages of the COVID-19 pandemic when Geekie found one he liked from a jeweler in New York City. On August 6, 2021, Morgan and Emma tied the knot at an outdoor gathering in rural Manitoba.

Geekie's Net Worth in 2023: His Salary and Contract at Kraken

Geekie has been playing professionally since 2018. His NHL career kicked off with Carolina Hurricanes; with them, he had an impressive deal. Exploring his career earnings, it can be said that, Geekie enjoys a net worth of over $1 million. Geekie may be taking home a considerable salary from his current team as he has a whopping deal worth $1,400,000. 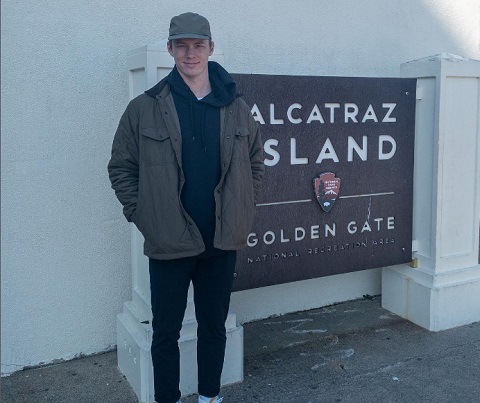 As said above, Geekie previously played with the Hurricanes. While playing for the Hurricanes for three years, he reportedly earned $2,290,000. On July 24, 2022, he filed for arbitration before settling for a one-year, $1.4 million contract extension with the Kraken.

Likewise, Geekie is a part of the national ice hockey team. So, he may earn decent cash while representing the nation in major tournaments. Geekie spends his wealth having good times. While he is not playing, Geekie loves surfing. Chris Driedger is also one of his teammates.

Who Are Morgan Geekie's Parents? Details About His Family Life

Born on July 20, 1998, Morgan Geekie was raised by his parents, Craig and Tobi, in Strathclair, Manitoba, Canada. Geekie grew up in an athletic family, as his father and brothers all played the same sport. Craig played with the Brandon Wheat Kings and Spokane Chiefs. 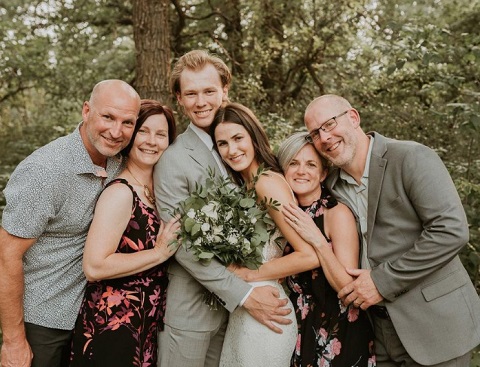 After retiring from his playing career, Craig started working as a coach. Furthermore, Geekie has two siblings made, Noah and Conor. His brother, Noah, played AAA hockey before switching to baseball. The Calgary Hitmen drafted him but instead chose baseball.

Conor is one of the brothers of Morgan Geekie. He is a Canadian junior ice hockey center playing for the Western Hockey League (WHL). Also, Conor is a prospect of the Arizona Coyotes of the National Hockey League (NHL). 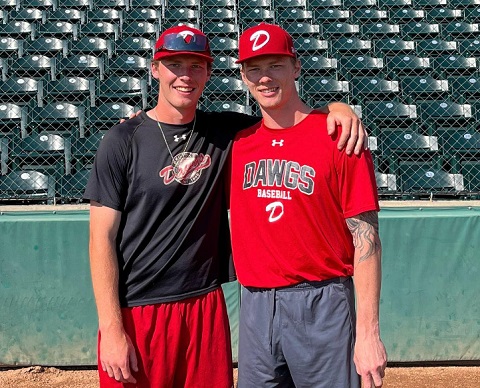 The Coyotes drafted him in the first round with the 11th overall pick in the 2022 NHL Entry Draft. So, on July 18, 2022, Conor signed a professional contract with them. Darcy Kuemper is also an ice hockey player who plays for the Arizona Coyotes.

Being a part of many games and tournaments, Geekie has faced some injuries too. On January 2022, Geekie was reserved due to an upper-body injury. But he could play in the match against San Jose Sharks, Geekie, on January 25.

At the end of the same month, Geekie again had a healthy scratch, but the injury was not disclosed to the media. In a game against the Anaheim Ducks in November 2022, Geekie collided with Kraken defenseman Adam Larsson during the second period. After that, Geekie missed the rest of the game.

Regarding his body measurement, Geekie stands at an impressive height of 6 feet 3 inches (191 cm). Meanwhile, he weighs around 87 kg which is 192 lbs. 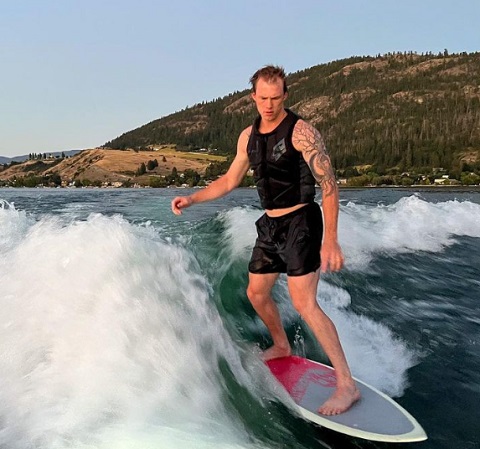 The professional ice hockey player flaunts his lifestyle via his Instagram handle, where we can find him as @morgangeekie. Since July 2018, he has been posting on Instagram, and his account has also been verified.