Who Rich Is Mo'ne Davis? Earnings and Net Worth

The young softball player has not played professionally. So, she is not earning much, but she will take home an impressive fortune in the future. She previously played in the Little League World. It is reported that Little League Baseball pays an average salary of $80,342. Meanwhile, the salary may range from a low of $70,951 to a high of $92,019. 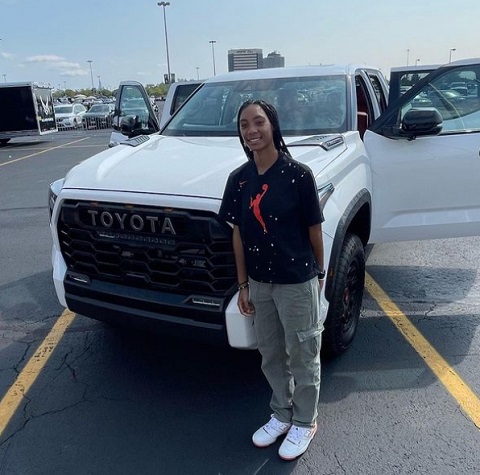 Mo'ne Davis is posing in front of a Toyota car.  SOURCE: Instagram @monee_011

Apart from sports, there is also a chance of Davis being engaged in the broadcasting field in the coming years as she studies communication. Currently, Davis makes money from sponsorship and endorsement deals. From her Instagram handle, she promotes some brands. On September 20, 2022, Davis posted an image with a Toyota Tundra, which clearly shows that she has a deal with Toyota.

The current relationship status of Mo'ne Davis is single. She is not dating or having private affairs with anyone. None of her Instagram posts hints at her having a boyfriend. Likewise, Davis keeps her matters to herself and does not open up much in the media.

So, Davis has never been engaged in rumors or controversies about her love life. Furthermore, the young lady seems to prioritize her career over searching for a life partner. She may give some updates about her lover in the future via her Instagram handle, where we can find her as @monee_011.

Mo'ne Ikea Davis was born to her parents, Lamar Davis and Lakeisha McLean, on June 24, 2001, in Philadelphia, Pennsylvania, U.S. Since the age of 6, she has lived with her mom and stepdad, Mark Williams. She has three siblings: Quran Davis, Maurice Boykin, and Mahogany Williams.

Davis was interested in playing sports early on and played multiple games. Likewise, she started playing and excelling at baseball and soccer. McLean also talked about her daughter in the media. Once she talked with The Philadelphia Tribune, she said that she was unaware that her daughter was so athletic. 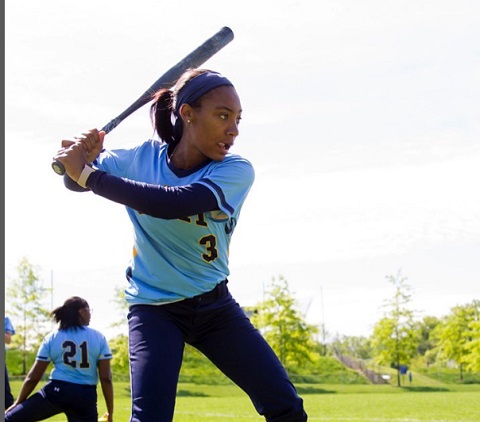 At an early age, Davis played multiple roles as a pitcher, shortstop, and third baseman in baseball. While playing as a basketball player, she was a point guard. Later, Davis aspired to become a WNBA player and conveyed a wish to play college basketball for the UConn Huskies of the University of Connecticut. In 2015, Davis released a memoir named Mo'ne Davis: Remember My Name, written by Hilary Beard.

What Is Mo'ne Davis Doing Now?

Davis does not play baseball but is playing softball. In 2018, Davis committed to Hampton University to play softball beginning in the fall of 2019. On February 8, 2020, Davis made her debut for the Lady Pirates in a win over North Carolina A&T. 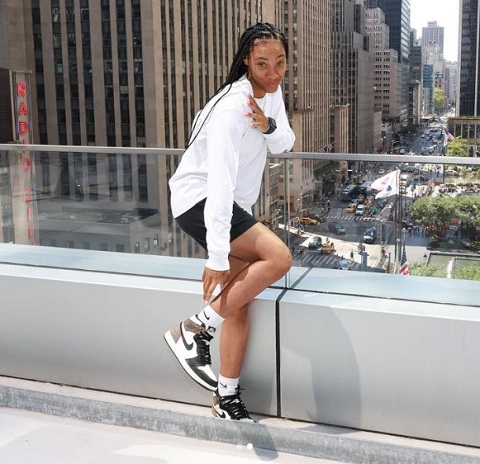 As a softball player, Davis plays as a second base. Davis' freshman year of 2020 was cut short due to COVID-19, but Davis was off to an impressive beginning. She went to Spring Side Chestnut Hill, where she won championships while playing for the soccer and softball teams.

Is Davis Pursuing a Career To Become a Broadcaster?

As we know, Davis is at Hampton University, where she is studying communications. In June 2021, it was reported that Davis had been interning with the DC Grays as one of the announcers for their summer matches. So, she had the chance to continue building on those skills on a bigger stage in the summer of 2021.

Likewise, Davis was on ESPN2 as part of the KidsCast for the Little League Classic. In the same way, she was on the call for the KidsCast broadcasts for a few 2019 Little League World Series matches. Davis has gained broad experience by contributing to MLB Network productions. Also, she has assisted in the RBI Softball World Series Championship and Hank Aaron Invitational. 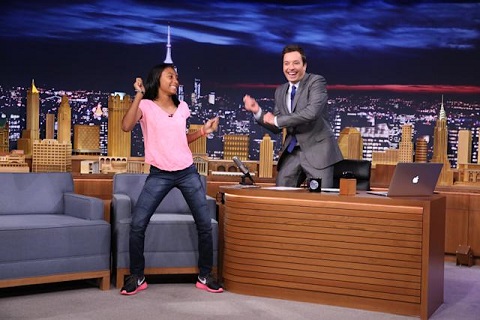 Mo'ne Davis at the Tonight Show with Jimmy Fallon in 2014. SOURCE: Yahoo

Moreover, Davis appeared on the MLB Network Showcase named Clubhouse Edition with CC Sabathia. People speculate that she will be a professional broadcaster in the future. Mike Breen is also an American sports commentator.

Davis is a hard-working personality who has a slim athletic body due to her training and dedication. Regarding her height measurement, she is 5 feet 4 inches (1.63 m) tall. Besides, she weighs 50 kg (111 lbs).