Mina Harigae is a talented American professional golfer who recently showcased her talents in the 2021 Kingsmill Championship. She has shown her golf skills in many competitions, mainly in the LPGA Tours. She is one of the few amateur golfers who won the California Women's Amateur Championship for four straight years.

Hailing from the suburbs of Monterey, California, Mina Harigae was born in the year 1989. She celebrates her birthday on the 1st of November every year. She is 31 years old and currently resides in Mesa, Arizona.

The golfer has not disclosed much about her parents and siblings, even though she occasionally features pictures with them. To this date, it is only known that her parents are of Japanese descent, and they are the owners of a sushi restaurant called Takara Sushi in California.

Talking about her education, she first enrolled at Stevenson School and then attended Duke University for her further studies.

Mina was interested in golf since her childhood days. Her first victory in golf came when she was just 12 years old. As time passed, the interest kept on growing. Besides, she even left her study at Duke University after a semester to pursue her interest in golf. 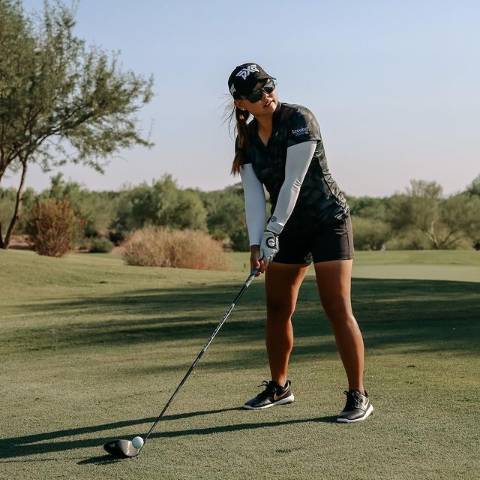 Likewise, she was able to reach the third round of the U.S. Women's Amateur in 2004. In 2006, she became the stroke-play medalist at the U.S. Girls' Junior. In the next year, she won the 2007 U.S. Women's Amateur Public Links. In her amateur career, her name was selected thrice in the Rolex AJGA Junior All-American First Team.

In 2009, she turned professional and was able to win thrice in the 2009 Duramed FUTURES Tour, which included Ladies Titan Tire Challenge, Michelob Ultra Duramed Futures Players Championship, and Falls Auto Group Classic. Her good performance in the Duramed FUTURES Tour landed her the opportunity to enter the 2010 LPGA Tour.

Mina Harigae has a net worth of around $1 Million. She has been able to earn a name and a healthy sum by playing some exceptional golf. In her golf career, she has managed to earn total prize money amounting to $2,102,496 as of this date. In 2020 only, she managed to make prize money of $327,376.

Is She Dating or Married?

The American golf player is currently in a romantic relationship with her boyfriend turned fiance Travis Kreiter. Travis is a former professional golfer currently working as a caddie for his fiance, aka Mina. 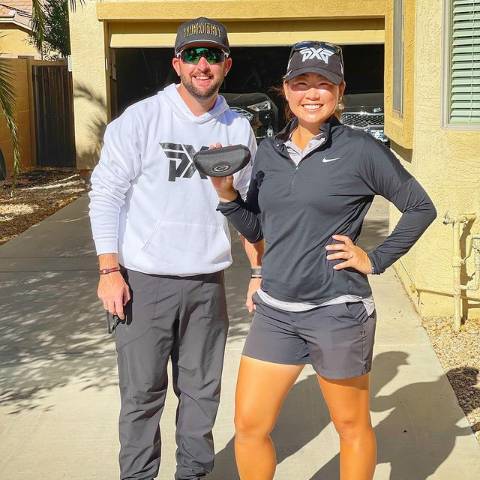 The engaged duo has been dating each other for a while now. After being in a relationship for some time, they decided to take another step and got engaged. They are currently enjoying their time together. Mina's fiance is always with her, either in the home or on the golf course.

They have a beautiful bond, and Travis can always be seen supporting Mina.