Micheal Yoshihide Nakamura, aka Micheal Nakamura, is a former Japanese-born Australian professional baseball pitcher who played for Major League Baseball teams Minnesota Twins and Toronto Blue Jays. Also, he played in the Nippon Professional Baseball side for Yomiuri Giants and Saitama Seibu Lions. He mainly threw two types of curves, i.e., Slurve and Wide break, and a fastball around 90 mph.

Micheal Yoshihide Nakamura, the former Yomiuri Giants Pitcher, was born on 6 September 1976 in Nara, Japan, under the star sign Virgo. He is 46 years of age in the current year. He is a right-handed batter and a right-handed thrower. The Nara-born native has a height of 1.78m or 5 ft 10 inches and weighs 70 kg. Further description, he has a wheatish skin complexion and medium black hair.

Micheal Nakamura was born to mixed nationality parents from Japan and Australia. His father is of Japanese origin, while his mother is an Australian. He spent three years of his childhood in Japan only. Afterward, he moved to Australia with his parents and settled there. His parent's facts are still barred from social media outlets, so due to this, we are unsure about his parents' names and residence. Similarly, neither Michael mentioned a word concerning his sibling; therefore, it is difficult to say if he is the only child or has any siblings alongside him.

Wiki review of his baseball career

He was a huge baseball fan since an ealry age. After growing up, he persuades his career to play baseball. He also played on the Australian Olympic Baseball team in 1996 and 2005 before coming to the USA. For further career development, he moved to the USA, joining the Major League Baseball team Minnesota Twins in 1997. There, he played for five years and later joined fellow MLB Toronto-based team, Toronto Blue jets. He was not much successful in MLB and he ended up just playing a season with the Blue jets. On 27 July 2004, the former baseball player surrendered Gary Sheffield's 400th career home run. After his MLB cut, he sought opportunities in Japan. 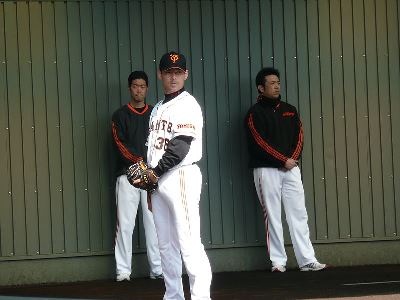 Finally, in 2004, a Hokkaido Nippon-Ham fighter drafted him in the 4th round of the 2004 draft. He debuted for Hokkaido on 29 March 2005 against Seibu Lions. Reportedly in his second year, he set a Pacific League record bagging 39 saves. From there, he was traded to Yomiuri Giants in 2009 and played until 2011. Lastly, he played for Saitama Lions for the last time in his baseball career. For your information, he has the MLB stats of one saves, 38 Strikeouts, 7.51 earned run average, 14-9 win-loss record, while 2.61 earned run average, and 294 strikeouts in his NPB stats. His last appearance in the Nippon Professional baseball was on 9 September 2012. He officially announced his baseball as a retired member of the Saitama Lions.

His Baseball career earnings and wherewithal

Michael is one of the well-established Asian descent baseball players of his era. Also, he has played for several top baseball teams in his career. He is a retired baseball player so finding out the salary he got from his former team is difficult to mention. Despite that, as per the sources, the average MLB baseball player's salary in early 2000 was $3,00,000, whereas he played for NPB till 2012, so as a Saitama Seibu Lions player, he was paid $2,78,834 anually. Keep in mind that he has been in this line for over a decade. So, we can assume the money he has bagged from his career.

Per the online media, he is among the wealthiest baseball player of his generation, with a net worth of around $5 million-$10 million. Currently, he is enjoying his retired life from his career earnings. He lives healthy and high standard life with his family.

How many children does he have?

Micahel Nakamura, the former baseball player, has barred his children and wife from the public. In addition, he is not quite active on several media besides Twitter, where he hardly posts. Due to his stay away from social media, we are unfamiliar with his spouse and children's details. Regardless, he is 46 years of age, so he must be married by now, but still, we can guarantee his marital status at the moment.