2019 Wells Fargo Championship Winner Max Homa is a rising American professional golfer. He is currently playing for the PGA Tour. In his initial days, Homa won the individual 2013 NCAA Division I Men's Golf Championship. He is currently ranked at 68 by the World Golf Ranking as of January 2021.

Burbank, California Native Max Homa was born John Maxwell Homa on November 19, 1990. He is among the two children born to John Homa and his wife, Bonnie Milstein. His father is an acting coach, and his mother is an office manager for Valley Produce Market. He has a sister named Maddie Homa. Max graduated from the University of California, Berkeley, in Consumer Behaviour.

Max has an estimated net worth of more than $4 Million. He has accumulated most of his net worth through his successful career in golf. Homa earns a good sum as a golf player through his endorsement deals, sponsorship deals, and advertising. He is very much early in his career and will be earning much more in the days to come.

Homa has earned a total of $4.2 Million from his success with golf tours. Although He started his career in 2013,  He did not have initial success. In his first year, He earned $195,000 as his prize money from eight events. In the following years, He earned close to $400,000.

Max had played seventeen events in the 2016/17 season but did not have a good end. He reached his million mark earnings in 2018/19 with more than $2.1 Million. In his seven years of career, Max has earned $1.4 million from Wells Fargo Championship.

Max is a happily married man living a blissful married life with his wife. Max is married to his longtime girlfriend, Lacey Croom. The love birds tied their wedding knot in December 2019. They had been dating for several years before tying their wedding knot. 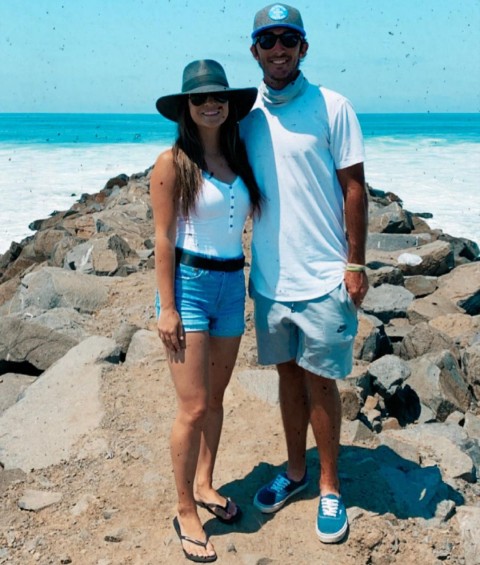 The duo is yet to welcome any new member to their family. There is not much information about Lacey's professional career. She can be seen attending Max's matches regularly.

Max started playing golf from a very early age. He was selected four-times in All-Foothill League and remained as their MVP player in 2009. After graduating from High School, He joined the University of California, Berkeley, with an athletic scholarship. At the end of his University, He was named a first-team All-American and to the All-Nicklaus Team. He even got a chance to represent his state in national leagues.