Mason McTavish is a leading Ice Hockey Center for the Anaheim Ducks of the National Hockey League (NHL). Further, Mason professionally started his career in hockey through his NHL debut with the Ducks in 2021. He is a left-hand shooter. Additionally, he was introduced to hockey by his father, who coached him at a young age. Moreover, the Ducks picked the hockey player in the 2021 NHL Entry Draft.

Mason was born on January 30, 2003, in Zurich, Switzerland; however, he plays for the Canadian national team and holds Canadian nationality. McTavish comes from an athletic background and is the son of Dale McTavish. His mother's name is not mentioned yet in the media sources. Besides, his father, Dale, is also a notable hockey player who played for SC Rapperswil-Jon.

Mason began his career as a hockey player as a youth, so his father, Dale, coached him as he was also a hockey player. Besides, he played minor ice hockey for the Pembroke Lumber Kings. Mason played for the same team as his father played, Peterborough Petes. More, he was selected fifth overall in the 2019 OHL Draft. 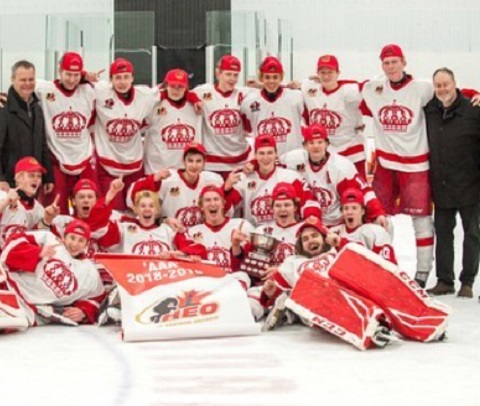 Moreover, Mason also joined the EHC Olten in February. The player finished his thirteen games before returning home for the Under-18 World Championships. McTavish was also the team captain, scoring eleven points in seven games and besting the gold medal for his national team.

Mason plays for Anaheim Ducks, where he was picked third in the 2021 NHL Entry Draft. Likewise, the player signed a three-year, entry-level contract with the club. On loan in October, he joined Ducks' American Hockey League (AHL) affiliate, the San Diego Gulls. However, after a month, he was again sent to the Petes on November 20.

At such a young age, Mason has played for multiple clubs and participated in multiple events. And the player made his international debut with Canada's U18 team, where he played at the 2021 IIHF World U18 Championships in Texas. In 2022, Mason was selected to play for Team Canada at the 2022 Winter Olympics.

Furthermore, Mason played a group stage game against Team Slovakia and gamed his best by scoring four goals. Similarly, he was named the tournament MVP and listed among Canada's three best players.

Everything On Mason's Salary And Net Worth

Therefore, Mason's net worth is estimated to be more than $ 5 million. Likewise, the player gains most of his earnings from his professional career. Apart from this, he might earn more money after playing for other clubs and teams. The NHL player Ty Smith has a net worth of over $1 million playing for the Pittsburgh Penguins.

Who Is Mason Dating?

The talented and skilled hockey player Mason is currently single and is not dating anyone. Further, McTavish is one of the youngest Ice hockey players at the peak of his professional career. Therefore, Mason is mostly concerned about his career, so he hasn't been through any relationship during his playing career. Mason McTavish with his friend during a match SOURCE: Instagram @masonmctavish23

Neither the player has shared his past relationship update nor has he ever mentioned his relationship details openly on the web sources. So, it is clear that he doesn't want to flaunt his lovelife openly on the web sources and prefers keeping his private life confidential. Another hockey player, Jared McCann, is dating his long-term partner, Valerie.

Mason McTavish was born in Zurich, Switzerland, on January 30, 2003. Further, he grew up in Canada, Crap, where his family settled. Mason holds Candian nationality. He also has a brother named Darian. Concerning his birth details, Mason's star sign is Aquarius. 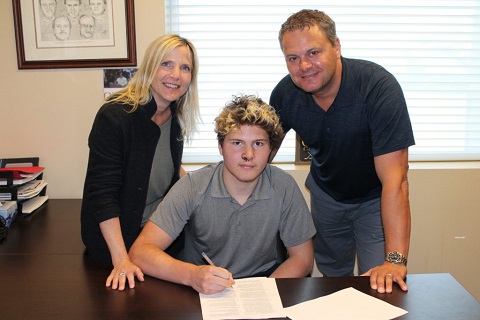 McTavish started his early hockey career in Zug before his family returned to Canada. Additionally, Mason was eight years old when his father retired from hockey. However, the player has yet to openly share much about his family and bloodlines on web sources.