Mark Alan Mulder a.k.a. Mark Mulder is an American retired baseball player who pitched in MLB for the Oakland Athletics and St. Louis Cardinals. Later, he pursued golf as well as served as an analyst on ESPN's Baseball Tonight in 2016 and 2017.

2× All-Star, Mark Mulder was born on August 5, 1977, in South Holland, Illinois. The forty-two years holds an American nationality and is of white ethnic background.

Mark Mulder Net Worth And Career Earnings As Of 2020

Playing actively until 2008 from 2000, Mark Mulder has summoned $33,432,500 from his baseball career. His salary history is disclosed below:

After his retirement as a player in 2010, he pursued a career in golf. In 2015 after winning the American Century Celebrity Golf Championship, earning $125,000. Further, he worked as a sports analyst for ESPN and NBC Sports California. 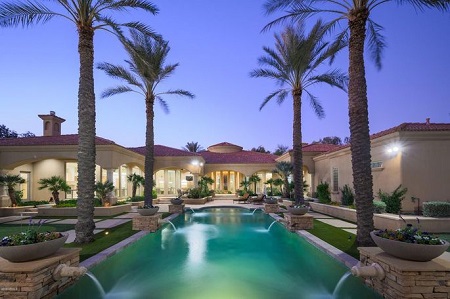 Mark Mulder is married to Lindsey Mulder. The couple exchanged the vows in 2006 in an intimate ceremony. The couple shares three children: Tatym, Dax, and Xander. 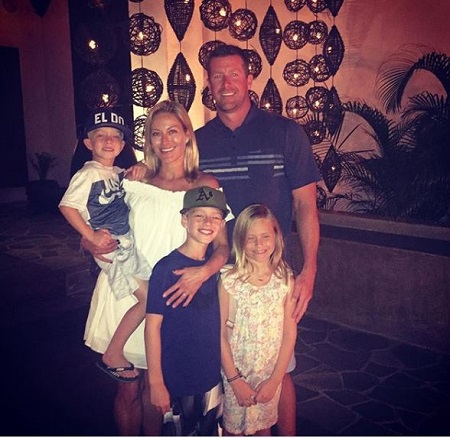 Mark Mulder with his wife and children SOURCE: Instagram @mmulder20

Having a tremendous net worth, the Mulder family of five is living a lavish lifestyle. Mulder often shares his family pictures via his official social.

Mark Mulder was born one of three sons to parents: Kathy Mulder and Ross Mulder, who worked hard to support their children. Father, Ross managed a local grocery store, whereas, mother, Kathy was a travel agent. Together, they earned a nice living.