Mark Steven Kotsay is an American professioanl baseball manager and a former outfielder. He is the manager of the Oakland Athletics of the Major League Baseball. Mark is well known for his contribution to MLB games, where he played for the San Diego Padres, Florida Marlins, Athletics, Atlanta Braves, Boston Red Sox, Chicago White Sox, and Milwaukee Brewers. Kotsay was inducted into the National College Baseball Hall of Fame.

Kotesey was born on the 2nd December 1975 in the beautiful town of Whittier, California, where he was raised by his father Steve Kotsay who is a retired Police Motorcycle Officer and his mother. Kotsay belongs to the Sagittarius zodiac and weighs 99.8 Kg.

Oakland Athletics's manager Kotsey has been passionate about baseball since his childhood. He attended the Santa Fe Springs High School with an outstanding performance record. After his high school years, he graduated from California State University, playing college baseball.

Soon, Kotsay was awarded the Golden Spikes Award for the Most Outstanding Player of the College World Series(CWS). After his graduation, Oakland's manager was selected by the Florida Marlins in the 1996 Major League Baseball draft, where he appeared in a total of 14 games. 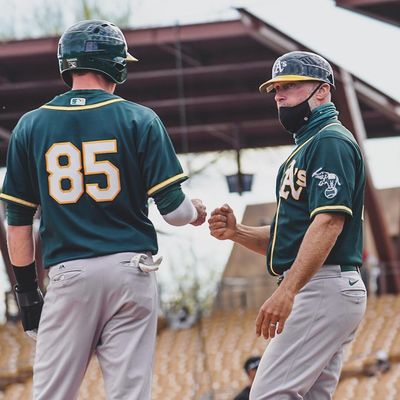 Kotsay was traded to the San Diego Padres in 2001, where he was defensively back in the form of improving his hitting and was again traded to the Oakland Athletics, where he had his career-best hitting record and was confirmed for the extension of his contract with $2.9 million.

Mark Kotsay's Net worth and Salary

Oakland's manager is one of the successful and most admired players of his time. Mark had a fruitful journey behind him. As played for renowned teams like San Diego Padres, Florida Marlins, Athletics, Atlanta Braves, Boston Red Sox, Chicago White Sox, and Milwaukee Brewers, Kotsay might have collected some good fortunes to date.

The Oakland manager lives a lavish lifestyle with his family, and his net worth boosted past few years. For now, Kotsay is the new manager of the Oakland's for the 2022 season and has an estimated net worth of $22 million approximately.

Yes, aside from his professional life, Kotsay is married to Jamie Kotsay, a fashion icon. The couple dated for a long period and finally decided to get married on 27th October 2000. 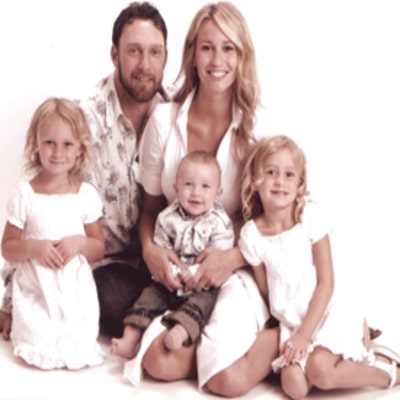 The couple had been married for a long time and are blessed with 3 children. They have often been seen in the baseball ground with their children, where two of their names are Trey, a son and a daughter Sienna. As of today, the couples are living happily with their children.

Kotsay is active in social media, where he posts about his professional life and private life. Kotsay's Instagram goes by markkotsay, followed by 817 followers.