Marcus Pettersson holds the spotlight as an ice hockey player. Marcus started in the Swedish Hockey League in 2013. The Swedish player first played for Skelleftea AIK at SHL. After his debut, the NHL drafted the talented player in 2014. Soon after, Pettersson signed a three-year deal with Anaheim Ducks in 2015. Four years later, Marcus was traded for Daniel Sprong and became a part of the Pittsburgh Penguins.

Pettersson was born into an ice hockey player's family. On May 8, 1996, Daniel Pettersson and his wife welcomed Marcus into their lives. While the father was comfortable in the spotlight, his mom preferred to remain hidden in the shadows. Like Daniel, his son started playing hockey at a young age. The talented player was born and raised in Skelleftea, Sweden. However, much about Marcus' early life stay hidden.

Is Marcus related to Elias Pettersson?

Marcus keeps his info tightly sealed away. By default, he keeps his family away from the limelight. Save his father, Daniel Pettersson; fans know nothing about his family.

Looking at his profile on Twitter, Marcus grew up with two sisters. Like his mother, his siblings remain hidden from the limelight. As such, the names of Pettersson's sisters stay unknown to the public.

Marcus Pettersson started his ice hockey journey, where his father ended his!

Unlike his father, Marcus only played under AIK for a year. In 2013 he joined the team; by 2014, Pettersson had left his hometown team. In June 2014, the NHL team Anaheim Ducks drafted the Swedish player under their banner.

Marcus and his shift to NHL and in NHL!

Marcus Pettersson was called to the NHL three years after his original contract with Anaheim Ducks in 2018. By March, Pettersson scored his first goal in the league. However, his time with the Ducks ended in December 2018.

Anaheim Ducks traded Pettersson for Daniel Sprong. Marcus started playing for Pittsburgh Penguins in early 2019. The Swedish player displayed his potential in his one-year contract with the Penguins.

Seeing Marcus's worth as a player, the Pittsburgh Penguins decided to extend his contract. On January 28, 2020, Pettersson signed a five-year deal with the Penguins worth $20.125 million.

How Rich is Pettersson? Learn about his net worth!

Marcus Pettersson earned a massive fortune after his shift to NHL. Although his start in the NHL was a bit rocky, his foothold in the league now is steady. Currently, the Swedish player commands an estimated $2 million as his net worth. 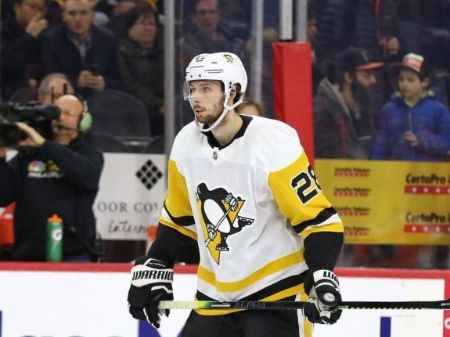 Marcus Pettersson earned a massive net worth by playing for the Penguins. SOURCE: The Hockey Writers

The Swedish hockey player made about $200,000 to $300,000 during his time with Anaheim Ducks. Apart from the salaries, players earn through endorsement deals. However, Pettersson's sponsorship deals remain hidden.

After years in the NHL, Marcus earned a massive fortune. But how much is he making annually? Learn about Pettersson's earnings below!

How much does Marcus earn from The Pittsburgh Penguins?

Marcus Pettersson enjoys a multi-million salary from the Pittsburgh Penguins. After the $20.125 million contract extension, Marcus made around $4 million yearly.

Marcus learned less than a million during his first years in NHL. The Penguins paid him around $874,000 in his first year with the team. Pettersson's career earnings sit at around $13 million and growing.

No, Marcus Pettersson of the Pittsburgh Penguins isn't married yet. Forget about his wife; Pettersson hasn't shared about his girlfriend. As such, the NHL player is currently assumed to be single. 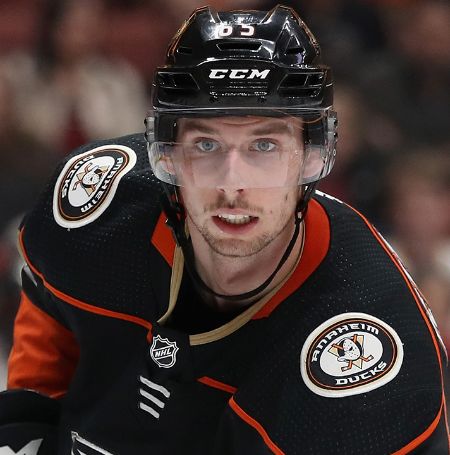 Marcus Pettersson, the former Ducks player, is a single man focused on his career. SOURCE: wpxi

The athlete remains hesitant about sharing his personal life. On a similar note, Pettersson keeps his Instagram account private. Given his secrecy about his family life, it is no surprise that Marcus keeps his love life hidden.

Besides leading a single life, Pettersson kept his past flings away from his fans' reach. As such, the names of his ex-girlfriends remain under review for now.

Read More.Dimitri Petratos' Net worth, Salary and Relationship and Family