Luis Ysla is a Venezuelan professional baseball player who is currently assigned to Baltimore Orioles. In his entire career, he has played for teams such as LA Dodgers, San Francisco, and many other minor league teams. Additionally, he played as a pitcher for all the team. For his outstanding performance, Ysla is honored with many awards such as SAL Mid-Season All-Star, SAL Post-Season All-Star, and AZL Post-Season All-Star.

Born and raised in Estado Carabobo, Venezuela, Luis's birth date is April 27, 1992. As per Ysla's birth details, he was born under the star sign of Taurus. Likewise, Ysla is an American by a citizen and belongs to the mixed ethnic group.

Ysla who spent most of his playing career in Minor League is currently acquired by the MLB team Baltimore Orioles. As a minor league player, Ysla receives $100,000 as an annual salary per average. 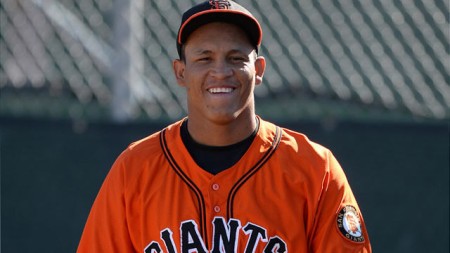 However, being associated with the Baltimore Orioles, he is expected to earn around $2 million as an annual salary on average. In 2012, after signing with San Francisco Giants as an undrafted free agent, Ysla received $7,500 as a signing bonus.

Reportedly, Ysla earns way lesser amount of salary when compared with the highest-paid player of the team such as Chris Davis and Mark Trumbo. In particular, Chris and Mark earns $21,118,782 and $11,000,000 as an annual average salary.

The 27 years old athlete, Luis Ysla is yet to be married. Also, the news about his past relationship and affairs never circulated in the media to date. Moreover, he has perfectly maintained a gap between his personal and professional career.

At the moment, Ysla is focused on expanding his professional career. He might have dated a few women in the past but has kept all the details private.

Luis grew up in Venezuela in a hard-working family who had 45 cows and eight horses. Additionally, Luis was interested in baseball from an early age. In particular, he started playing baseball at the age of 18.

In one of his Interviews, Luis said: "I started playing baseball really at 18," he added, "And I got signed and everything I've learned really just (has been) on my own or with coaches." he continued "I've always wanted to play baseball. My parents just didn't have enough money to fund that dream." 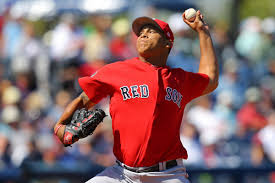 The 236-pounder,6-foot, Venezuela native, Luis said he had worked on the farm for almost his whole life, but he also took time out to enjoy life.

Luis once said "I work on the farm, getting milk out of the cows," he said. "Riding horses was something I loved to do. My parents owned a few horses. And I love animals. So riding horses was what I would do for fun."

As of 2019, Luis Ysla is associated with Baltimore Orioles. In particular, he was acquired by the team form the LA Dodgers in exchange for RHP Jesús Liranzo on February 4th, 2018. Additionally, he was originally signed by San Francisco as an international free agent on November 9, 2012.