Leonys Martin is a well-known Cuban-American professional baseball player who currently plays as a center fielder in the Nippon Professional Baseball for the Chiba Lotte Marines. Martin played in the MLB for eight seasons for five different franchises from 2011 until 2019. Leonys represented Cuba in international competitions.

Leonys Martin was born Leonys Martin Tapanes on March 6, 1988, in carralillo, Cilla Clara. He is among the five children born to his parents. Martin's parents separated while He was very small. A single parent raised him. He has a brother and three sisters who live in Cuba with their mother. His father worked as a foreman for a fishing company. Leonys stands six feet and two inches tall and weighs over 89 kgs.

Martin has been working as a professional baseball player for ten years. Leonys has an estimated net worth of $15 Million. Leonys has an annual salary of more than $500,000 from his current franchise. The Cuban player signed a $15.5 million contract that includes a $5 million signing bonus with the Texas Rangers on May 4, 2011. 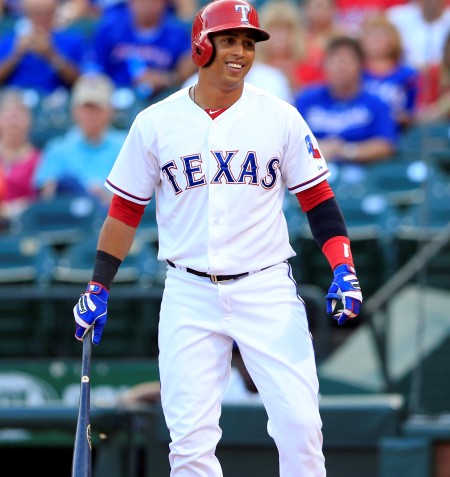 In 2015, Martin signed with Seattle Mariners for a year worth $4.1 million contracts. In the following season, Chicago Cubs acquired Martín and cash to be named later or money from the Mariners. He had a salary of $821,593. Martin returned to Cubs and earned $4 Million as his salary. In 2017, Detroit Tigers signed Martín to a one-year, $1.75 million deal.

In 2018, Leonys signed a year contract with Cleveland Indians after the Tigers traded him. However, He could not return to the game after recovering from a life-threatening bacterial infection. The baseball player signed with the Chiba Lotte Marines of Nippon Professional Baseball in 2019 and played with it.

Leonys is an active social media user. Social media have become a very important source of information. Following his posts, We can be sure that Martin is single as of early 2021. He likes to spend his free time with his family and his friends. Martin could secretly be dating someone.

Leonys started playing baseball with his father from a very early age. Martín appeared in the 2006 World Junior Baseball Championship for Cuba and also represented the Cuban national baseball team in the World Baseball Classic. He was the youngest player on the team. In 2011, Texas Ranger signed him for five years contract. The player could not make it to most of the games.

In 2012, Martin played in numerous matches. At the end of his contract in 2014, Rangers traded him to Seattle Mariners. Martín set a career-high in home runs in 2016. He played with the team until 2016, and Chicago Cubs acquired him for a year. In the following two seasons, Leonys played for Detroit Tigers and Cleveland Indians.

In 2019, The Cuban baseball player signed with the Chiba Lotte Marines at the Nippon Professional Baseball league. He extended his contract in late 2019. Jake Lamb is a famous American professional baseball player currently playing for Atlanta Braves.