Laurie Fortier is a former cheerleader who is better known as the wife of an American former quarterback, Doug Flutie, who has played in the NFL, CFL, and USFL. The high school sweethearts married in 1985 and have two children: Alexa Flutie and Doug Flutie Jr.

A native of Natick, Mass, Laurie Flutie was born Laurie Marie Fortier on December 4, 1964. Her star sign is Sagittarius. As per nationality, she is an American who belongs to white racial background.

Laurie Flutie met her future husband, Doug Flutie at Natick High School, where they both attended. Further, they started dating in 1979. After being in a relationship for five years long, Dough proposed her on Christmas, 1984. 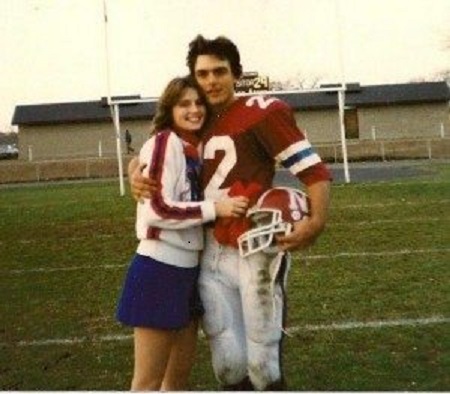 On August 10, 1985, the pair tied the knot, in Natick, Mass at St. Patrick’s Roman Catholic Church. At that time, he was playing for the USFL side New Jersey Generals. 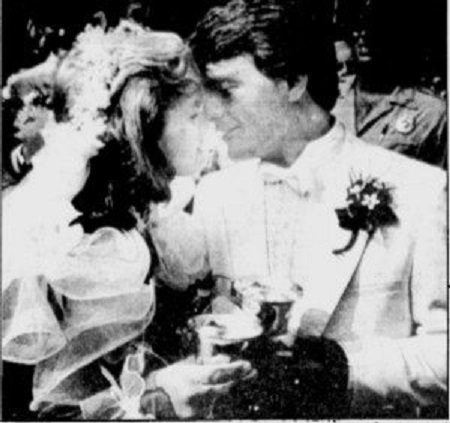 As of 2019, it's been over three decades of their marriage. The couple is living a blissful married life without any news and rumors of their divorce, extra-marital affairs, and conflict.

Laurie is the Mother Of Two

Laurie and his spouse Doug Flutie welcomed their first child a daughter, Alexa born on March 21st, 1988. After three years, Laurie gave birth to their second child, a son Doug jr. who was diagnosed with autism at the age of three. 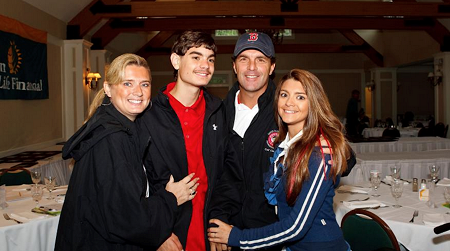 The Flutie Family (Laurie with her husband and children)
SOURCE: Heisman

Their daughter is a proud graduate of Dean College with a BA in Dance, and interests in Sports Medicine and Kinesiology. She is a professional dancer and choreographer who previously cheered in the NFL for the New England Patriots and San Diego Chargers.

Doug Flutie is a former NFL quarterback who was picked in the 1985 NFL Draft by the Los Angeles Rams with the 285th pick in the 11th round. Besides, he has played for CFL and USFL. Initially, he rose to fame during his colligate career at Boston College, where he earned the Heisman Trophy and the Davey O'Brien National Quarterback Award. 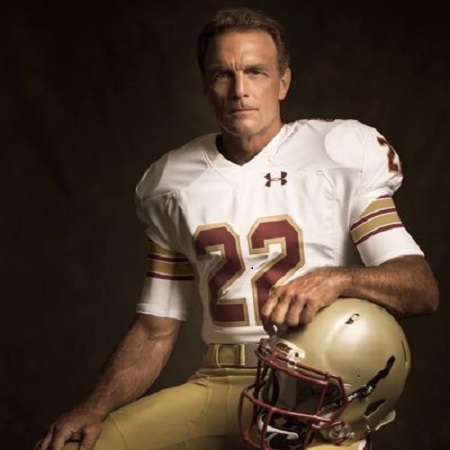 Upon retirement as a player in 2006, he pursued a career in sports journalism and went to work as a college football analyst for ESPN and ABC. Further, he enrolled as a broadcaster for United Football League games for Versus. Currently fifty-six years old serves for NBC Sports and NBCSN.

Laurie and her Husband's Net Worth and Properties

A former cheerleader, Laurie's net worth is under review. On the other side, she shares a jaw-dropping net worth $10 million with her husband. 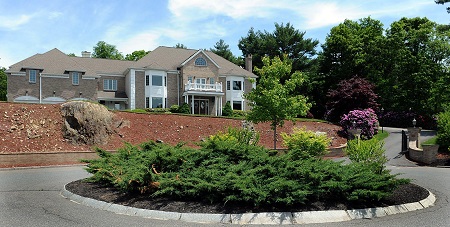 Further, they own a five-bedroom house on the Atlantic Ocean at 5555 Highway A1A in Melbourne Beach, Fla. The three-story house features four and a half baths, a gourmet kitchen with granite countertops and custom cabinetry, a heated pool, ocean views, river views, and a three-car garage, all on a 0.73-acre site.

In 1988, Laurie Flutie and her husband founded an organization the Doug Flutie Jr. Foundation of Autism, after their son Doug was diagnosed with autism. There she holds the position of the vice president and co-founder. Furthermore, she is the primary caregiver of son Dougie.