Kyle Stanley is a well-known American professional golfer who competes in the PGA Tours. Kyle turned professional in 2009 and has won two PGA Tour. He was ranked 26 in 2018, which remains the highest ranking in his professional career.

Kyle Stanley was born on November 19, 1987, in Gig Harbour, Washington. He is among the two children born to Matt Stanley and his wife, Michele Stanley. Kyle has an elder sister named Kristin. He is yet to share information about his parent's economic life and early life. After graduating from High School, Stanley enrolled at Clemson University.

Kyle has an estimated net worth of more than $15 Million. Kyle has been earning millions in his thirteen years of a professional career. He earned $132,039 in his very first professional career competition. The golfer reached his million marks in the 2010/11 season when he took home more than $1.5 Million from his 28 games. He is ranked at 115 in all the money-making from golf with  $16,149,013. 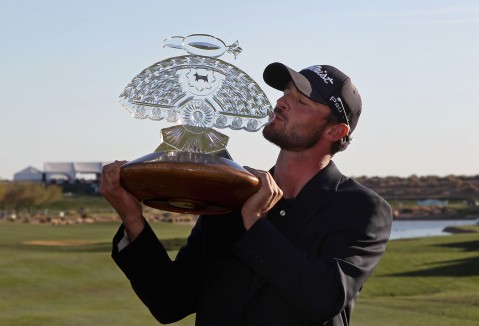 Stanley had some ups and downs in his economic career in the mid-2010s. In the 2017/18 season, Kyle earned more than $3.9 Million, which remains the highest-earning in a single season. The American golfer has played 269 games in which he has cut 173 games.

Gig Harbour Native Kyle has earned more than a million from several tournaments like The Memorial Tournament, Quicken Loans National, Waste Management Phoenix Open. He is at the peak of his career and shall be earning much more in the days to come.

Kyle is a married man living a happy married life with his longtime girlfriend, Dolly Enneking. The love birds exchanged their wedding vows in 2015. They had a private wedding ceremony where only a few members from both the families and some close friends attended. 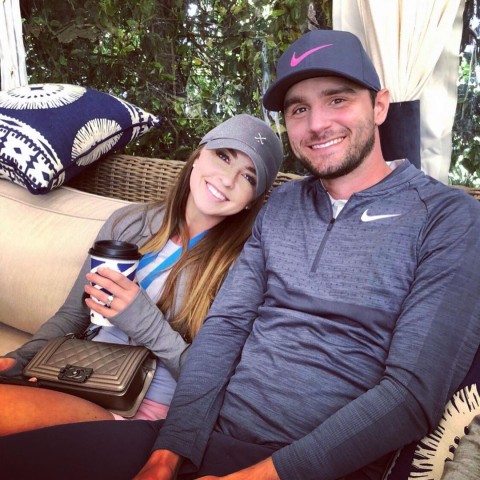 It's been more than five years of their marriage, but the duo is yet to welcome a new member to the family. Both of them seem to be very much busy with their career. Kyle has not shared much information about his wife with the media. Dolly keeps attending her husband's games regularly.

Stanley started playing from his University level. He won the 2006 Aloha Purdue Collegiate and the 2008 Carpet Classic. The golfer turned professional in 2009 and made his debut after the 2009 U.S Open with the Travelers Championship. He earned a 2011 PGA Tour card through Q-School. In 2012, Stanley won his career's first Tour on the PGA Tour.

Kyle moved into the top 50 of the Official World Golf Ranking at the end of the season. However, the golfer could not keep up with the game and had many ups and downs in his career up until 2016. In the 2017 season, Kyle won Quicken Loans National. He has been playing in Masters Tournament, US Open, and The Open Championship. He is currently ranked in the top 50.