Gossip Khabib Nurmagomedov Retires as MMA coach: Look At His Stats As Coach and Fighter

Khabib Nurmagomedov Retires as MMA coach: Look At His Stats As Coach and Fighter

Khabib Nurmagomedov hung his gloves in 2020. After retiring as an active MMA fighter, Khabib started coaching other fighters. However, as 2023 rolled in, Nurmagomedov decided to retire from MMA entirely. Yes, the UFC Hall of Famer left the mixed martial arts for good at the start of 2023. The legendary MMA fighter wanted to spend more time with his family. So, the Russian fighter left the MMA scene.

Nurmagomedov coached many fighters after retiring as an active fighter. Before he decided to leave behind everything involving MMA, Khabib coached the likes of Islam Makhachev, Zubaira Tukhugov, Tagir Ulanbekov, and more! As 2022 ended, the Russian fighter took to his social media and announced his retirement from the MMA industry.

Khabib Nurmagomedov wants to spend time with his family more!

Khabib Nurmagomedov fought in many memorable fights in his career. The UFC Hall of Famer remains one of the few to leave MMA with an undefeated streak. For more than two decades, Khabib has remained unbeaten in the sport. 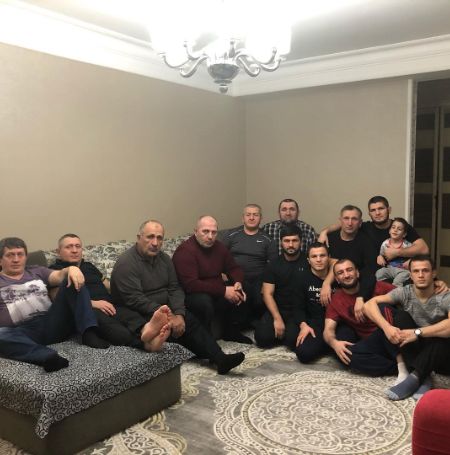 Khabib Nurmagomedov retired from UFC to be with his family more. SOURCE: [email protected]_nurmagomedov

Nurmagomedov decided to end his career in 2020. After his father died, Khabib took on more of a back seat in MMA. Two years later, on new year's eve, the Russian fighter announced his retirement from the MMA industry.

More Family Time for The UFC Hall of Famer!

Khabib Nurmagomedov spent most of his time away in foreign soils. Khabib wants to spend more time with his family and his three kids. So, the legendary fighter decided to leave MMA and its entirety. 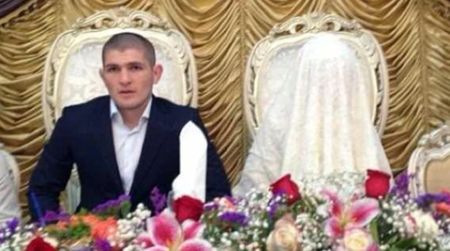 In year June 2013, Khabib married the love of his life. The UFC Hall of Famer tied the knot with Patimat Nurmagomedov. However, the lovebirds keep their wedding details and early relationship hidden from the world.

Nurmagomedev and his wife remain blissfully married after almost a decade. Over the years, both remained faithful to one another and avoided unsavory rumors. As such, no news of Patimat wanting a divorce is known.

Khabib Prefers to Keep His kids Away from the Spotlight!

Khabib Nurmagomedov, after a decade of fighting in the MMA ring, retires from the sport. Throughout his career as an active MMA fighter, Nurmagomedov remained undefeated. Khabib is the only MMA fighter to retire with an undefeated streak of over 20. 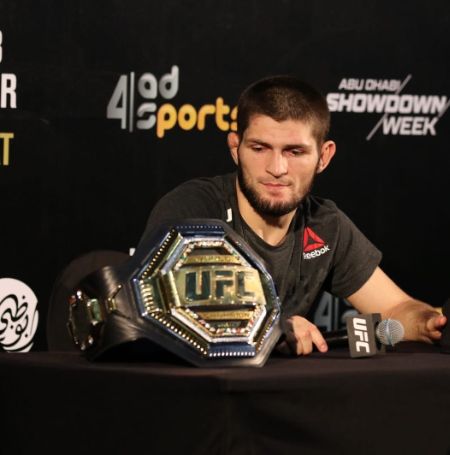 The UFC Hall of Famer fought in 29 bouts in his life. Of the 29 fights, Nurmagomedov fought 13 in the UFC promotion. Likewise, the other 16 matches were in Russian and Ukrainian promotions.

Nurmagomedov started his MMA journey on Ukrainian soil in 2008. The Russian fighter won his first fight against Vusal Bayromvo via submission hold. For many years Khabib dominated Russian and Ukrainian MMA promotions.

Nurmagomedov fought his way into UFC on January 20, 2012. Similar to his time in other MMA promotions, Khabib won his debut bout. The Russian fighter put Kamal Shalorus in a rear-naked choke and won by submission.

Khabib fought Justin Gaethje in his final bout in Abu Dhabi. Likewise, Nurmagomedov was defending his unified UFC Lightweight Championship on UFC 254. After successfully defending his title, the ex-UFC fighter vacated the championship and retired as an active MMA fighter.

Khabib took started coaching others after his retirement as a fighter!

Fans globally were dumbfounded when Khabib Nurmagomedov retired as a fighter. Khabib still loved MMA and started working as a coach after leaving his fighting days behind.

Khabib earned a small fortune through the MMA industry!

Khabib Nurmagomedov earned massive paycheques as a fighter. From his career in the MMA industry, Khabib earned an estimated $40 million as his net worth. While fighting in UFC, the retired MMA fighter made over $3 million annually. After he left the MMA industry altogether, Khabib's income source remains his endorsement deals. With millions of followers on his social media, Nurmagomedov draws income from the promoted post.