Also, he is married to his beautiful wife, Nicole Middleton.

Keynan Middleton's Net Worth in 2019; His Current Salary and Contract

Keynan Middleton has an estimated net worth of over $1 million. He reportedly signed a 1 year $563,500 contract with Los Angeles Angels on March 5, 2019.

His career earnings and contract are tabulated below:

As per the reports, he is 28th best-paid player of Los Angeles Angels whereas Albert Pujols is the highest earner of the team with an annual average salary of $28,000,000 in 2019.

Moreover, he hasn't dropped a single hint about his endorsement deals in the media yet. However, the player with such fame is definitely engaged with different brands. In conclusion, he earns a decent amount of money from the brands with whom he is associated with

We ride in style ?? #hisandhers

Additionally, he hasn't revealed the information about his assets but it is believed that he is living a lavish life with his wife and daughter from the earnings he made from his entire playing career. He often flaunts his Mercedes on Instagram.

Is Keynan Middleton Married? Who is his Wife?

Keynan Middleton is blessed with a successful married life. He got married to his wife Nicole Middleton after dating for some years in December 2014.

According to the sources, Kenyan and his girlfriend dated each other since their childhood and eventually got hitched. 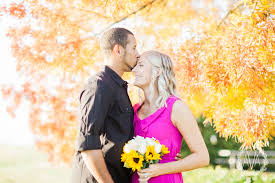 Additionally, the duo has two children, both daughters. Their first daughter is reported to be two years old born in 2015 while the younger one was born recently in December 2018.

Despite being a celebrity, Kenyan managed to keep his private life low profiled. Their wedding photographs arent in the media. He even doesn't share pictures of his wife in social media because he doesn't want to show off about his personal life. Undoubtley, he wants to keep his family safe from the media and limelight.

Talking about his body measurement, the famous MLB star is 1.88 m in height and weighs around 84 kg. Moreover, Keynan actively updates his social media.

However, he hasn't revealed much information about his personal life, he regularly updates about his games and other stuff.

In the third round (95th overall) of the 2013 Major League Baseball draft, he was drafted by the Los Angeles Angels. He made his professional debut with the Angels of the Arizona League and was promoted during the season to the Orem Owlz. Middleton spent Orem in 2014 and the Burlington Bees in 2015.

He began 2016 with the 66ers of the Inland Empire and was promoted during the season to the Arkansas Travelers and Salt Lake Bees. He was 1-2 with a 3.41 ERA between the three teams, averaging 12.0 strikeouts per nine innings.

On May 5, 2017, Middleton made his MLB debut, allowing him to run while striking one in a job. Currently, he shares a field with a star player Mike Trout.