Kaja Juvan is a professional tennis player from Slovenia. Kaja turned professional on October 17, 2016. Further, she is a right-handed player, and Philippe Dehaes coach her. Juvan started playing tennis form her junior career. Besides, Juvan has bagged $ 1,666,010 in her playing career.

Kaja has already won 7 ITF titles in her short professional career. In 2017, She won her ITF Doubles title at the Junior Grand Slam and WTA Doubles at the 2021 Cluj-Napoca Open.

Who Is Kaja's Boyfriend- Single Or Taken?

The professional tennis player, Juvan, has yet to share much about her relationship status. Well, she appears to be single at the moment. Kaja has remained silent about her love life, so she hasn't dropped any hints about her romantic life on the public platform. 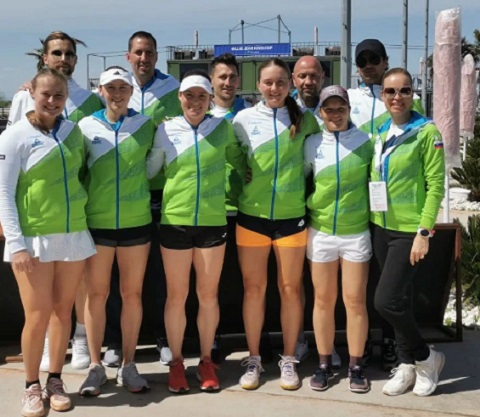 Despite thousands of queries regarding Juvan's lovelife, she maintains distance from sharing her personal life. Apart from that, the player has yet to share posts mentioning her loved one on her social media handle. This made us believe that the Slovenian tennis player leads a single life and focuses mostly on her growing career rather than lovelife.

Juvan has a long playing career, and she has played in multiple matches where she has always given her best. Further, representing her national team, Slovenia, she participated in Billie Jean King Cup competitions, where Kaja had a win-loss record of 14–8.

Besides, Juvan was also that part of the BNP Paribas Open, where she won above $30,130. While glancing at her playing career, the player had earned thousands of dollars in each event. Therefore, it can be said that Juvan has bagged whopping money from her professional tennis career.

Being a professional tennis player, she earns from her sports career and endorsements. So, we can see that her apparel is from Adidas. 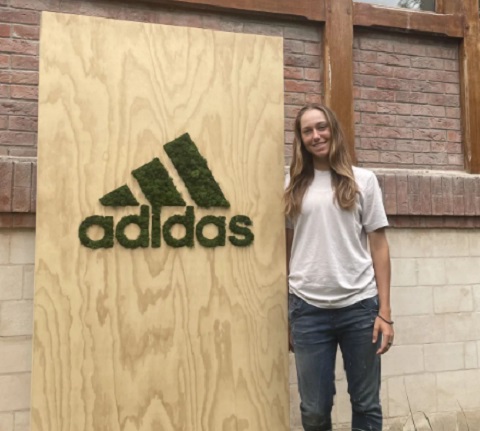 At the same time, Juvan uses Yonex's rackets. Kaja often promotes the brands on her social media handle, where she tags Adidas and Yonex on her each post.

The right-handed tennis player Kaja was born on  November 25, 2000. Her birthplace is Ljubljana, Slovenia, where the player spent most of her childhood. Besides, Juvan parents are Robert Juvan and Katja Azman Juvan. Concerning her birth details, Kaja's birth sign is Sagittarius.

Exploring her bio, it comes to know that her father, Robert is an author, while her mum, Katja per, is an Interventional radiologist at UMC Ljubljana, specializing in international oncology and hepatopancreatic-biliary imaging. Similarly, Kaja is not just the child of her parents. She also has a brother named Mark Juvan. 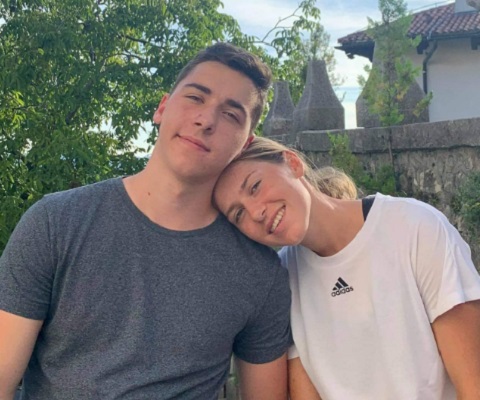 The tennis player doesn't seem okay talking about her parents and family life openly on media resources; however, she loves spending time with her loved one when Juvan gets free time.

Apart from Juvan's tennis career, she is also known for her amazing physical appearance, like the tennis player Julia Grabher.

Amazingly, both player stands at the same height of 5 feet 7 inches. Additionally, she weighs 58 kg which is 127 lbs.

Juvan is an active and skilled tennis player who achieved her career-high combined ranking of 5 in her junior career. Juvan played and won multiple titles. The player reached the semifinals of major events like the 2016 Wimbledon Championships and the 2016 US Open as a junior. In the same year, the tennis player also won the Orange Bowl. In 2019, Juvan made her Grand Slam debut.

In 2021, Juvan participated and succeeded up to the third round of a Grand Slam championship at the 2021 Australian Open. Juvan also played in the Wimbledon Championships, facing Beatriz Haddad Maia.