How Much Is Juan Soto's Net Worth? 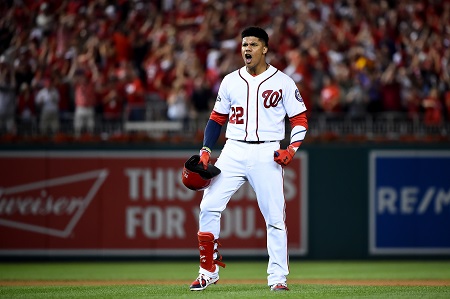 Juan Soto during match SOURCE: Call to the Pen

So far, the media has not discovered Juan's love life. It is in the dark if the Washington National's outfielder is dating, married, or single. The twenty-two years old seems to very concerned regarding his personal life and prefers it's to be behind the media attention for while now. Hence, Juan Soto is believed to be single.

Active on Instagram with 367K followers, his account is filled with pictures from his vacations, baseball events, friends, and mostly with his family.

Juan Soto was born to Belkis Pacheco and Juan Soto, Sr., a salesman, was a catcher in a local men's league and encouraged his son to make baseball his passion. He was raised alongside his elder sister, Natali Soro, whom he adored the most. In his IG bio, he has written sis first. Besides, he has a younger brother, Elian. 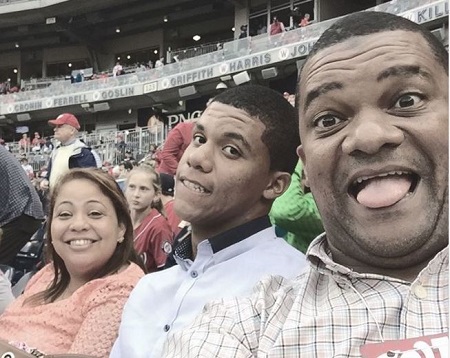 In July 2015, Juan Soto signed to the Washington Nationals as an international free agent. The following year, he made his professional debut with the Gulf Coast League Nationals in the rookie-level Gulf Coast League. Further, he was promoted to the Auburn Doubledays of the Class A-Short Season New York-Penn League for the final few games of the 2016 season.

On 20th May 2018, he made his MLB debut, becoming the youngest player in the major leagues at 19 years, 207 days. On 19th August 2019, he was named the 4th player in MLB history to set extra-base hits before his 21st birthday, joining Bryce Harper, Tony Conigliaro, and Mel Ott.