Jorge Rafael Posada Villeta well recognized Jorge Posada is a Puerto Rican retired baseball catcher who spent his entire 17 seasons playing for the New York Yankees of MLB. Following his collegiate career at Alabama Community College, he was drafted by the Yankees in the 24th round of the 1990 MLB Draft.

As of 2020, Jorge Posada has an estimated net worth of $60 million. He has enjoyed a solid career since taking over as the Yankees' catcher in 1997, making over $117 million as his career earnings.

However, Posada lost $11.2 million because of "egregious and unlawful actions" by his two longtime financial advisers (Collar and Fernandez) in 2014. In the suit, the Posada state, he was duped by the defendants, who took advantage of the fact that he had no background in business or investing.

Currently, the Posada lives in a three-story-house in Coral Gables, Florida (FL), US. The waterfront beauty is decorated by themselves and is an exercise in the art of blending elegant, classic style with homey, unpretentious comfort. 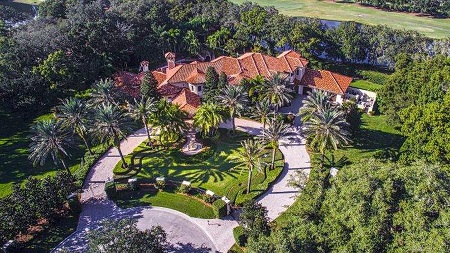 Besides, they had a house in Tampa, Florida (FL), US, where they used to live during the off-season. The 9,000-square-foot house was custom-built for Posada in 2003. The house is on a 2-acre golf course site with a designer pool, grotto spa, waterfall, and two slides. It has six en suite bedrooms, a billiards room, a theater room, and 24-foot ceilings in the living and dining rooms.

In 2011, they listed the house in the market, and after nearly two years, Posada sold for $4.5 million.

Following a devastating Hurricane Maria in Puerto Rico in September 2017, Posada launched a relief fundraiser. Further, Yadier Molina and spouse, Wanda, also started a GoFundMe page for victims with a objective of $1 million.

In 2018, Posada and his wife were "godparents" of the Puerto Rican Day Parade held in New York.

The Veteran MLB persona is married to Laura Posada, a TV personality and philanthropist. The couple met in 1997 at a party. In fact, he recognized her as the pitcher of the softball team in games he umpired. 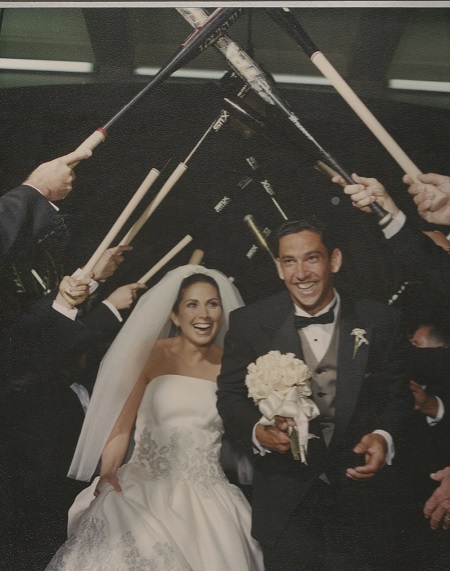 On January 21, 2000, Jorge and Laura exchanged the vows where Derek Jeter served as the best man at the ceremony.

The couple is blessed with two children: a daughter, Paulina, and a son, Jorge Luis, who was diagnosed with craniosynostosis ten days after he was born. 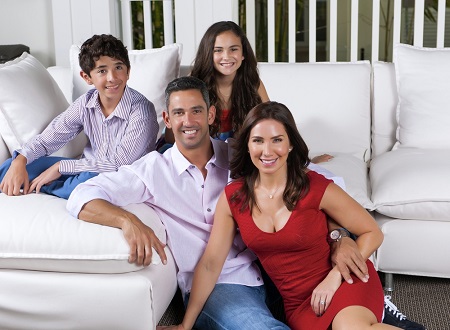 The Posada family has established the Jorge Posada Foundation, which helps fund research and provides family support. In 2008, Jorge released a charity wine named Jorge Cabernet to collect money for his foundation.

In June 2011, their son underwent the final surgery. During his all-star appearances, Jorge had his son at his side during the player introductions.

In 2006, Posada published a children's book entitled Play Ball!. Further, he and his spouse co-wrote the Fit Home Team, a family health manual, and an autobiography titled The Beauty of Love: A Memoir of Miracles, Hope, and Healing. The autobiography narrates their ordeals as well as how they dealt with them after learning of their son's birth condition in 1999.

Posada's Wifey Is A Lifestyle Expert At "Despierta America"

Born on 19th October 1971, Laura is Laura of Loyola University with a bachelor in Communications as well as Juris Doctor from Loyola Law School. Currently, she appears on the TODAY Show on NBC to give life coaching tips as well as make weekly appearances on Univision's "Despierta America" as a lifestyle expert. 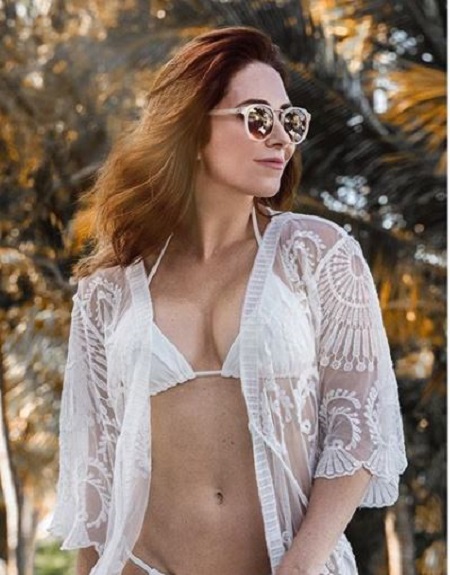 Jorge Posada was born to a Dominican mother, Tamara Posada, and Cuban father, Jorge Posada Sr, who fled to Puerto Rico to escape Fidel Castro's regime. His father worked as a scout for the Colorado Rockies while his uncle, Leo Posada, played for the Kansas City Athletics. 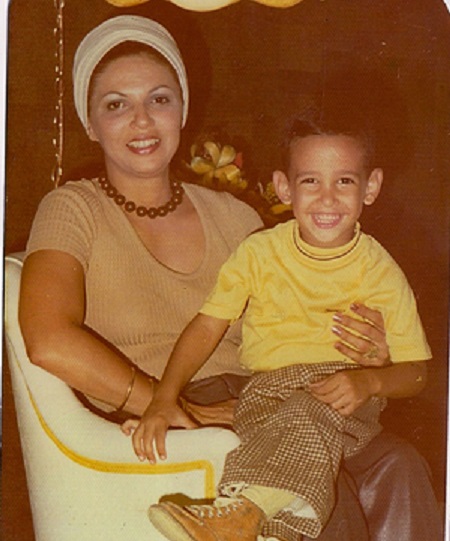 Jorge and his sister, Michelle Posada, was raised in the Santurce district of San Juan, Puerto Rico.

He enrolled at Alejandrino High School in San Juan, where he played several sports, including baseball. In 1988–89 season, he was named to the all-star team as a shortstop. He also served as the umpire for the girls' softball team.