Jeremy Hellickson is an American professional Baseball player who plays in the Major League Baseball (MLB).  Jeremy Hellickson currently plays for the Washington Nationals as their Pitcher. Jeremy Hellickson has played for other teams like Tampa Bay Rays, Arizona Diamondbacks, Philadelphia Phillies, and Baltimore Orioles.

Reportedly, he is in a romantic relationship with his beautiful girlfriend Natalie Cresta.

Jeremy Hellickson's Net Worth in 2019? How much does he Earn?

Jeremy Hellickson so far has made earnings of $37,310,900 from his entire MLB career.

Is Jeremy Hellickson in a Relationship? Know About His Girlfriend

Currently, Jeremy is unmarried, however, he is in a romantic relationship with his beautiful girlfriend Natalie Cresta. Apart from the mentioned information, there aren't any further details about how and when they started their relationship. Although being in a relationship for long, they haven't planned on getting married yet. 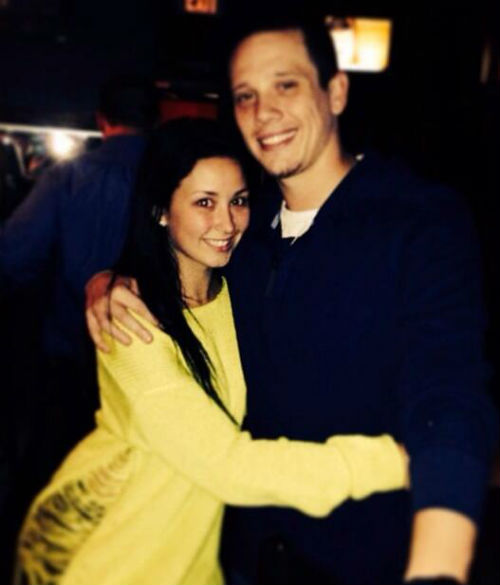 Furthermore, he hasn't shared any information about his girlfriend in his social account. Additionally, they rarely go out together and spend time with each other.

Happy 4th Birthday to our little ball of energy! We love you so much! ???????? @JHell58 pic.twitter.com/ZzZgyh0QiH

Despite his busy schedule, he has managed to maintain his love life perfectly as there aren't any rumors about their separation in recent time. Also, the couple is a pet lover as they regularly post a picture of their dog in their social account

Who Is Natalie Cresta? Know About Her

Natalie is a beautiful girlfriend of a famous baseball player Jeremy. Exploring details, Jeremy's lovely girlfriend is a graduate of Early Childhood Education from the University of Northern Iowa.

For eight years now, Cresta has also been part of the Rays on the Runway benefit fashion show. The project aims to raise money for the West Coast Florida Children's Dream Fund.

Talking about physique, the Famous MLB star is 6 feet 1 inch in height and weighs around 190 lbs.

Jeremy Hellickson was born on April 8, 1987, in Des Moines, Iowa to parents Steve Hellickson and Leanne Hellickson. He holds an American nationality and belongs to the White ethnic group.

Further, his star sign is Aries. He attended  Hoover High School. Also, the information about how he started his baseball career is still behind the rock.

In the fourth round of the 2005 Major League Baseball draft, Tampa Bay drafted Hellickson. Hellickson made his major league debut against Minnesota Twins on August 2, 2010.

The Phillies traded Hellickson for Hyun-soo Kim and Garrett Cleavinger to the Baltimore Orioles on July 28, 2017. As per his recent contract, Hellickson signed with the Washington Nationals, a minor league contract that included an invitation to major league spring training on 17 March 2018.