Jeremy Austin Eierman is an American pro-baseball shortstop who plays for the Oakland Athletics. He has also played college baseball for the Missouri State Bears.

Jeremy Eierman was born on September 10, 1996, in Sedalia Missouri. His father, John Eierman was an outfielder in the Boston Sox organization. He also has an older brother, Johny Eierman who was drafted in the third round of the 2011 MLB Draft by the Tampa Bay Rays. Eierman was named Missouri's Gatorade Baseball Player of the Year while being a senior at Warsaw High School.

After high school, Eierman played for Missouri State University. In 2016, he earned himself a spot on the Louisville Slugger All-American Freshman team. After the 2017 season, Eierman was named to the All-Missouri Valley First Team. He was also enlisted in a first-team All-American by D1Baseball and Perfect Game. 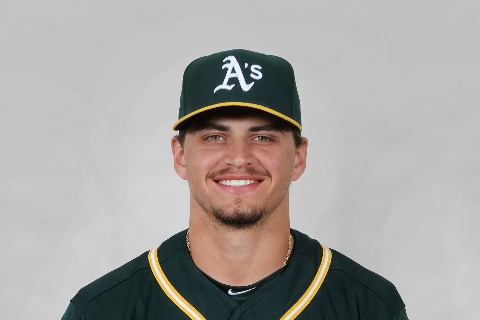 In 2018, Eierman was professionally lined up in the 2nd round, 70th overall, by the Oakland Athletics in the MLB draft. He spent all of 2018 with Vermont Lake Monsters, batting .235 with eight home runs, 26 RBIs, and ten stolen bases in 62 games.

In 2018, Jeremy Eierman signed a contract with the Oakland Athletics for $350,000 more than what his slot called for when he was drafted. Further, his signing bonus that came with the contract was $1,232,000. 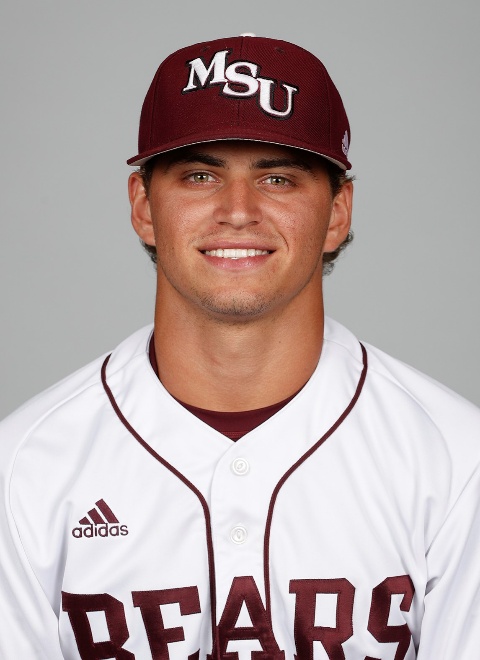 CAPTION: Jeremy Eierman was picked in the 2nd round, 70th overall by the Oakland Athletics in the 2018 MLB draft. SOURCE: Missouri State

The value for the then-No. 70 overall pick was expected to be about $872,400 before the draft. Considering the numbers, it can be safely argued that Eierman comes under a good percentile; surely above the average AAA player salary ($77,419).

Though not so lavish enough, Minor League's salary pool still provides some income avenues for its players. For single-A players in the minor league, the total salary for five months of work averages $10,500, while for the Double-A and Triple-A players could cash in $12,600 and $14,700 respectively for the same period. And players like Eierman for the elite prospects who somehow still find themselves at a distance from NBA games can often make upwards of $500,000.

When it comes to personal life, Jeremy Eierman seems pretty reclusive. The locked Instagram and Twitter handle of the Missouri-born athlete says it all. Nevertheless, the profile picture on Eierman's Instagram account does have a story.

The image displays a seemingly cheerful woman perching by Eierman's side. Though it's difficult to give a name to this affability, it can be assumed Eierman does have a special bond with this mystery woman. 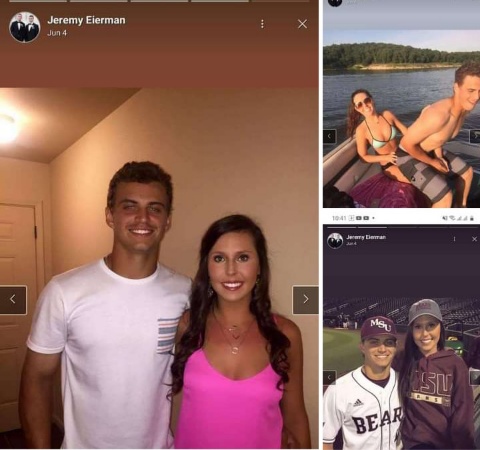 CAPTION: Jeremy Eierman shares a picture of him and an unidentified woman with whom the shortstop seems to have a special bond. SOURCE: Facebook

The same lady can also be seen happily by the side of Sedalia native on his Facebook stories. On June 4, 2020, Eierman shared a picture of him and the brunette beauty posing from the visitor dugout. The next picture shows the shortstop trying to sit on the lap of a woman akin to the aforementioned guises.