The Vancouver Canucks selected McCann in the first round of the 2014 NHL Entry Draft with the 24th overall pick. After that, he played for other NHL teams, including the Canucks, Florida Panthers, and Pittsburgh Penguins.

McCann's Net Worth Is in Millions: His Salary and Contract in Depth

McCann has preserved a massive amount of money from his long-term NHL career. McCann is estimated to have a net worth of over $7 million. Beginning his NHL career in 2015, he has already played for multiple teams with whom he had impressive deals. McCann is currently signed with the Seattle Kraken and has a massive deal worth $25 million. 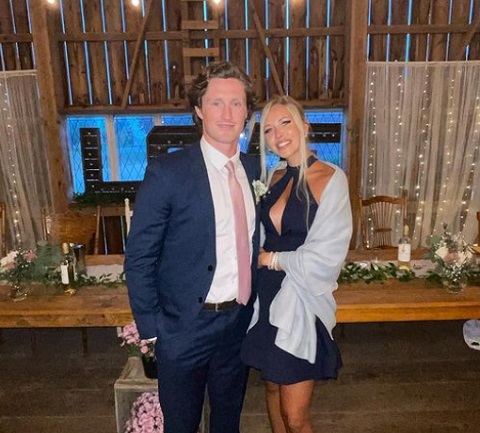 Jared McCann with his partner in a program.  SOURCE: Instagram @jaredmccann

Likewise, McCann's income rose; in 2021-22, he received a total cash of $3,380,000. Apart from that, he is a national player like Morgan Geekie, who makes a decent sum from being a part of the national team.

McCann is in a romantic relationship with his stunning girlfriend, Valerie. The professional ice hockey player made his first post with his partner on January 17, 2018. So, it can be said that McCann and Valerie have been sharing the relationship of a girlfriend and a boyfriend for over three years.

Since making the first post, the lovebirds have also posted their other special moments. They have gone to many places together. Also, Valerie is a supportive partner who has appeared in McCann's professional games to cheer him up. Jared McCann and his girlfriend, Valerie, on their date night. SOURCE: Instagram @jaredmccann

Besides, Jared's girlfriend, Valerie, is an active Instagram user registered under the username @valvand. From her Instagram handle, McCann shares updates regarding her daily lifestyle.

A Look at McCann's Early Life: Meet His Parents and Siblings

Born in 1996, Jared McCann was raised by his supportive parents, Erin McCann (mother) and Matt McCann (father). McCann lights his birthday candle on May 31 every year. His parents are construction company owners. At the company, Jared works during the summer. 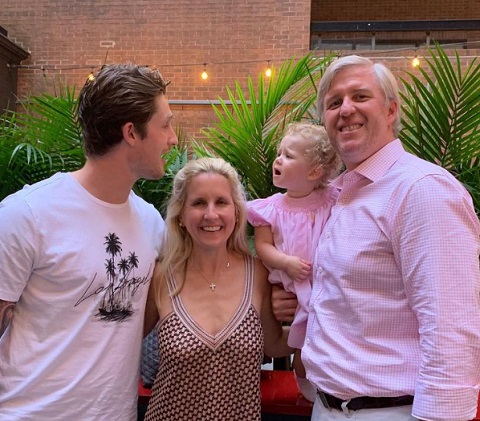 Additionally, McCann grew up with his two older siblings, Justin and Jaimie. McCann's mother was diagnosed with multiple sclerosis when she was just 18 years old and has battled it ever since. In addition to that, he has a half-brother named Jordan.

McCann not only plays for the NHL team but also for his national side. He is a native of Canada and represents them in national and international games. On April 29, 2019, he was named to his first Team Canada roster to play in the 2019 IIHF World Championship organized in Slovakia. 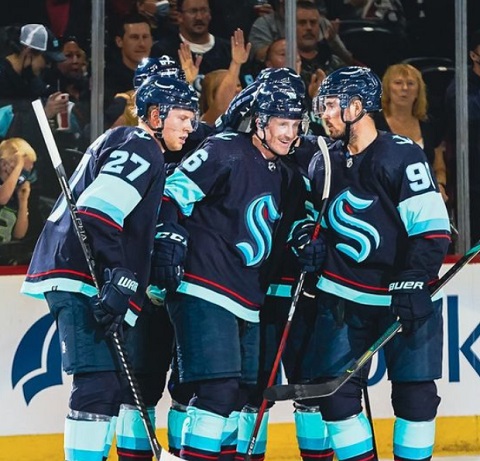 Jared McCann is in a professional game.  SOURCE: Instagram @jaredmccann

So, giving his best, McCann helped the Canadian team progress to the playoffs. However, they lost the final to Finland on May 26, 2019, and took home a Silver Medal. In that tournament, McCann recorded 2 goals and 5 points in 10 games.

McCann was interested in pursuing a career as an ice hockey player from an early age. While growing up, he supported the Los Angeles Kings. His junior career started with the Sault Ste. Marie Greyhounds of the Ontario Hockey League (OHL). The Greyhounds team selected him in the 2012 OHL Priority Selection with the fourth overall pick.

Furthermore, McCann was a part of Team Ontario and represented them in the 2013 World U-17 Hockey Challenge. He was a top 2014 NHL Entry Draft prospect and began his NHL career with the Vancouver Canucks. Alexander Edler also plays for the Canucks team. 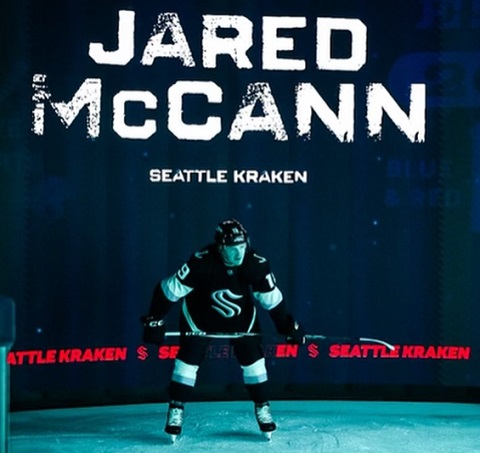 Since 2021, he has been a prominent part of the Seattle Kraken team. As we know, he is a skilled player who has helped his team to win some major games. Due to that, he has also been honored with some titles, including the ALLIANCE Player of the Year in 2012.

Furthermore, McCann has an athletic body resulting from his years of hard work and training.