Jan Rutta is a Czech professional ice hockey player playing for the Pittsburgh Penguins of the National Hockey League (NHL). He has been playing in the NHL since 2017. His NHL career kicked off with the team of Chicago Blackhawks.

Apart from being a prominent club player, Rutta is also a national player who represents the national team of the Czech Republic. Rutta has been playing professionally since 2008 and has gained broad experience in multiple teams. Before joining the Pittsburgh Penguins, Rutta played for Pirati Chomutov, Chicago Blackhawks, and Tampa Bay Lightning.

Jan Rutta is in a romantic relationship with his stunning girlfriend, who goes by the name of Denisa Volek. It is unknown when the couple began their relationship. But looking at the NHL player's social media posts, we can speculate that the lovebirds have been together for over two years. 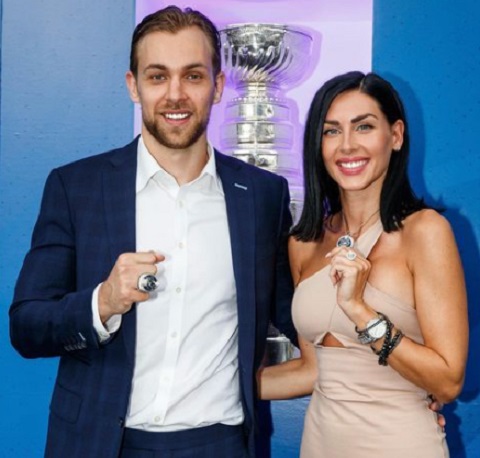 Rutta first introduced his girlfriend to the world by sharing a photo of them at Atlantis Paradise Island. Rutta captioned the post, "Bye week." On April 2021, Rutta and Volek attended an event together. The NHL player took the chance to share the moment on Instagram.

Like many couples, Rutta and his girlfriend prefer to stay away from the limelight. Rutta is also a private guy like another ice hockey player Nick Suzuki. Due to that, there is not much info regarding Rutta's love life. In addition to that, Volek uses Instagram as @denisavolek but has not made a single post. Her IG bio shows that she is based in Praha and Pittsburgh. For your information, Praha is a village located in Slovakia.

Rutta's Net Worth Is in the Six Figures: More on His Salary and NHL Contract

Rutta is estimated to have a net worth of over $5 million. All of his income came from his professional NHL career. Playing with many teams, Rutta had signed whopping deals. His million-dollar contract with some clubs has helped him take home fair cash. Rutta plays for the Pittsburgh Penguins, and his deal with the team is $8,250,000. With that contract, he earns an annual average salary of $2,750,000. 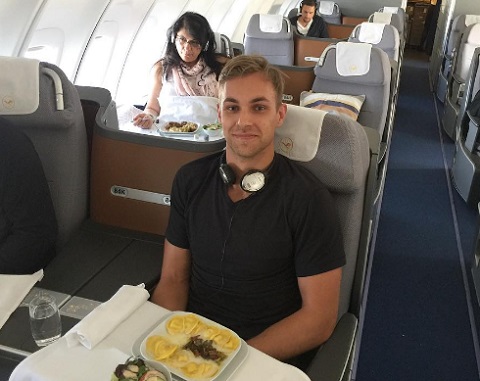 Jan Rutta during his trip to Chicago  SOURCE: Instagram @ruticz

In total, Rutta has collected career earnings of $10,375,000. As Rutta is also a national player, we can say he may earn a fair sum from the National team. Rutta enjoys a lavish life and spends his earnings visiting many places with his friends and close ones.

Who Are Jan Rutta's Parents? Details on His Family and Siblings

Born on July 29, 1990, Jan Rutta spent his childhood in Pisek, Czechoslovakia. His supportive parents raised him. He may have siblings, but there are no facts. Further information regarding his parents and other family members remains under review. 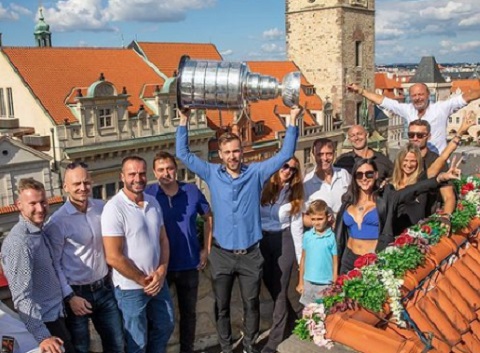 Jan Rutta celebrating his victory with his close one SOURCE: Instagram @ruticz

Rutta has yet to talk much about his family background, but it is said that his father is the one who took him into ice hockey. We can say that Rutta has made his parents proud with his achievements in this sport.

Rutta spent most of his early career playing in his home country. He made the Czech Extraliga debut playing with the Pirati Chomutov team during the 2012-13 Czech Extraliga season. After seven seasons, he began his NHL career on June 8, 2017, signing a deal with the Chicago Blackhawks.

Rutta scored his first NHL goal on October 9, 2017, against goaltender Frederik Andersen of the Toronto Maple Leafs. Likewise, he played prominently with the team, and on January 11, 2019, he was traded to the Tampa Bay Lightning. His debut for the team came on March 3, 2019, while playing against the Detroit Red Wings.

Later, Rutta was a free agent; since July 2022, he has been a part of the Pittsburgh Penguins. Being a national player, Rutta has represented the Czech Republic team in some tournaments, including the U18-D1 (2008) and WC (2017).

Regarding his physical appearance, Rutta is a tall guy standing at an impressive height of 6 feet 3 inches (191 cm). Rutta weighs 90 kg. Besides, the NHL player is right-handed.