Jamie Lovemark is a popular American professional golfer who has been playing professional golf since 2009. In his twelve years of golf career, he has won two major tournaments. Jamie was the number one golfer in the World Amateur Golf Ranking for several weeks in 2007.

Jamie Lovemark was born on January 23, 1988, in Rancho Santa Fe, California. He seems to the only child born to Deirdre Lovemark and his wife, Gray Lovemark. His father played basketball at Drake in his initial days, and his mother worked at home looking after their son and the house. Jamie comes to form a sports background. He attended the University of Southern California, where he played for the University team. He had three top-10 finishes and a scratch handicap.

How Rich is Jamie Lovemark? Know His Net Worth, Career Earnings, and Prize Money

Jamie Lovemark has an estimated net worth of more than $6 Million. He has accumulated most of his net worth through his successful career with golf. He has played professional golf for more than twelve years as a golfer earns from multiple sources like prize money, endorsement fees, advertisement deals, sponsorships, etc. 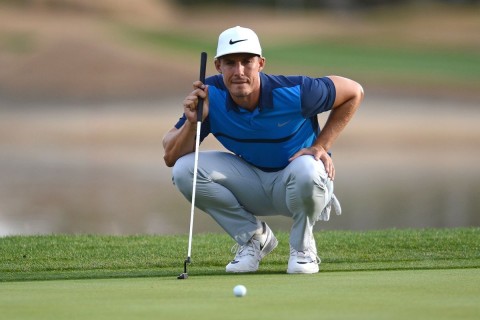 Jamie earned $453,872 as his prize money in the very first professional season. He had played just five events and made it to cut-outs in 2 events. The golfer did not earn much in the next few years. Lovemark earned a million in a single season of 2015/16; He made more than $1.9 million, which remains the highest-earning in a single season.

Adding all the prize money that Jamie has earned to date, It sum to more than $6.6 Million. He has played a total of 173 games in which he has made cut-outs in 105 games.

Jamie tied his wedding knot with his longtime girlfriend, Tiva Lovemark. The love birds exchanged their wedding knot in October 2017 at a private wedding ceremony held in front of their family members and close friends. They had seen each other for sometime before their marriage. 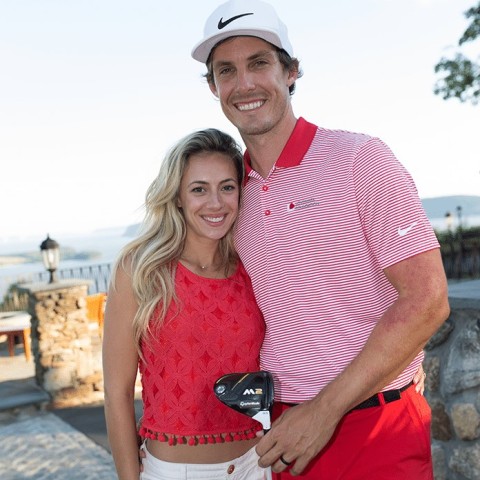 Jamie Lovemark along with his wife, Tiva SOURCE: [email protected]

Tiva and Jamie run a foundation. As Jamie remains busy with his games, his wife works with the foundation. She keeps attending Jamie's games regularly. It's been more than three years of their marriage, but they are yet to have any baby. As per sources, they are planning shortly.

Jamie started playing golf from a very early age. He won the 2005 Western Amateur and therefore received a special exemption into the Cialis Western Open. During his amateur days, The golfer ranked at number one for numerous weeks. Jamie made his professional debut from Frys.com Open in 2009. He won his first title in June 2010 at the Mexico Open Bicentenary.

In 2013, Lovemark won his second title of Web.com Tour. He has been playing in the top league but has not been able to win any major tournaments. In 2016, Jamie was ranked at 77, which remains the highest-ranking for his professional career.