The Paul brothers remain infamous as many scandals surrounded them. But both Logan Paul and Jake Paul proved they are certified fighters. As 2023 kicks in, Jake started the year by signing a multi-year deal with PFL. Likewise, PFL is an MMA promotion and a rival to UFC. Besides MMA, Jake vowed to fight as a boxer in 2023.

Jake shocked the world with his win against Anderson Silva in 2022. However, his first bout as a pro boxer was in 2020. Since his debut in 2020, Paul has fought in six fights. The former VINE star has won all of the fights so far. After a successful run as a boxer, Jake moves forward into the MMA world! Here, read about his transition to mixed martial arts!

Jake Paul and Logan Paul broke out as internet stars in the mid-2010s. Firstly from the dead app, VINE, and then from YouTube. Now, the Paul brothers found massive success in combat sports. 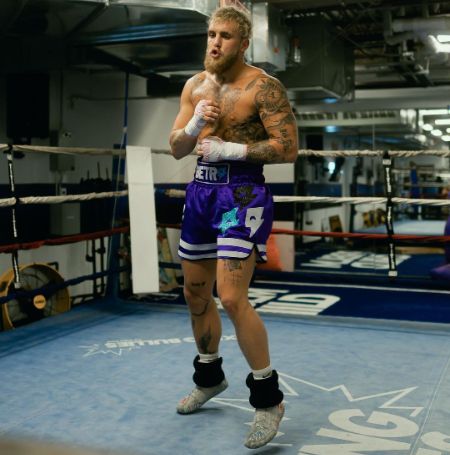 On January 5, 2023, Jake signed his multi-year deal with PFL. However, Paul is under the Pay-Per-View Super Fight Division. The PPV fights are separate from the regular bouts under the Professional Fighting League.

Signing Jake was a smart move on the PFL part. The undefeated up-and-coming fighter boasts a massive online following. Paul can promote PFL events with a press of a button.

Jake Paul challenges Nate Diaz in a Boxing match and an MMA match!

Jake Paul has turned himself into a prizefighter over the years. After remaining an undefeated boxer for years, Jake wants to step into the octagon. Paul recently signed a deal with the MMA promotion PFL and his debut in MMA is inevitable. 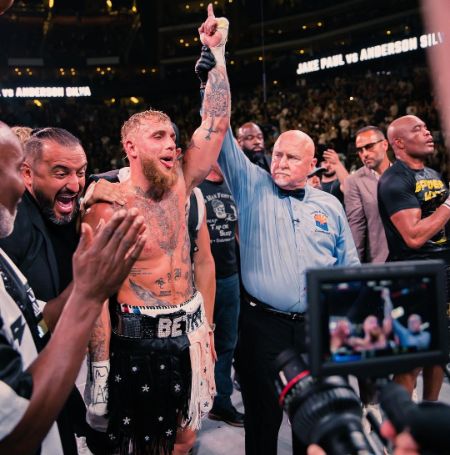 Confident in his craft, Jake challenged the former UFC fighter, Nate Diaz. Paul intends to fight Diaz in two bouts. The undefeated boxer announced his plans to fight Nate in his YouTube video.

The internet star-turned-fighter wants first to fight the former UFC fighter in a boxing match. Similarly, Jake stated that after six months of the bout, he wants to fight Nate again. But for the second time, he indents meet Diaz in the PFL ring.

How much did Jake Paul earn from his deal with PFL?

Jake Paul created a massive buzz after his deal with PFL. Paul keeps the details about the deal with the MMA promotion hidden. However, he will earn 50% of the revenue from the PPV sales.

Jake Paul has been a long-time advocate for fighter pay. PFL also made him the Head of Fighter Advocacy. As such, Jake told the fans he intends to create a business model that is more profitable for all the fighters.

Paul did more than join the Professional Fighting League. After signing the contract in January 2023, Jake and his manager, Nakisa Bidarian, own a small equity in the PFL. Likewise, Paul will be promoting more fights under the promotion moving forward.

Jake welcomes the new year with a massive net worth!

Jake Paul held a rollercoaster of a career on the internet. Paul started fighting in 2019. As such, his wealth mainly came as an online influencer. Similarly, Jake currently commands an estimated $38 million as his net worth! 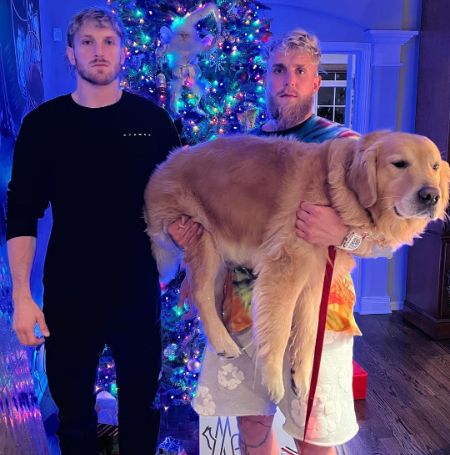 Jake Paul and his brother, Logan Paul, took a picture in front of a Christmas tree carrying their dog. Also, they hold millions as their net worth. SOURCE: [email protected]

Jake holds a massive wealth, but his brother, Logan Paul, also owns a vast fortune. Currently, Logan calls approximately $45 million as his net worth. Both Paul brothers started earning as influencers. However, they started dabbling in combat sports in 2019.

The internet star-turned-boxer earned millions as a boxer. Jake's made around $30 million from his winnings. Likewise, as any athlete, Paul also drew income from endorsement.

Jake Paul and his endorsement deals!

As an influencer, Jake Paul endorsed many brands. Likewise, Paul currently holds a deal with three major brands as a fighter. Through these sponsorship deals, he bags millions annually.