Isaac Bonga is a German professional basketball player who plays in the National Basketball Association (NBA). He currently plays for the Washington Wizards as their Small Forward. Before making it into NBA, he played for Skyliners Frankfurt of the Basketball Bundesliga.

Bonga has reportedly signed a 3 year, $4,080,713 contract with the Washington Wizards, which puts his annual salary to be around $1,360,238 per year till the end of his contract.

As of 2019, Bonga has an estimated net worth of $1 million. Not to mention the significant source of his income is his NBA Career. Isaac Bonga has reportedly signed a 3 year, $4,080,713 contract with the Washington Wizards. The contract keeps his annual average salary to be at $1,360,238.

Till the date, he has summoned $2,416,852 as his NBA career earning, but his contract and salary details from his previous team Skyliners Frankfurt has not been revealed yet.

Additionally, he earns much from the German national team.

Personal Life of Isaac Bonga; Is he Married?

Isaac Bonga has only recently arrived in the US and as such is new to the scene of the NBA. His personal life has been affected by the move. There is no information about his personal life or love life. He has not been seen with anyone who could be considered to be his girlfriend. 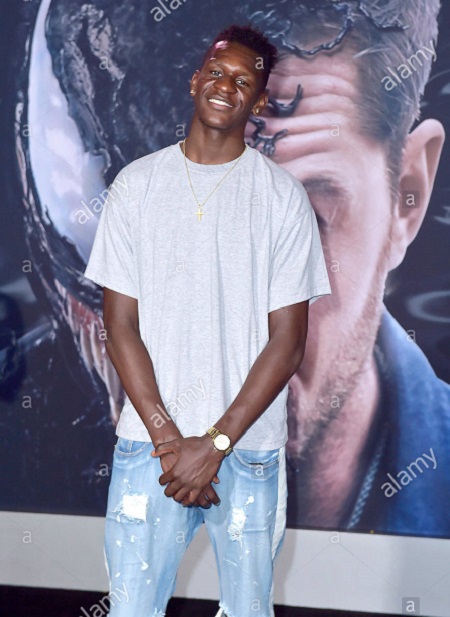 If he was in a relationship and has a girlfriend back home, then he has not made it known either. His relationship status, for now, remains a mystery.

Isaac Bonga was born as Isaac Evolue Etue Bofenda Bonga on November 8, 1999, in Neuwied, Germany. As per his nationality, he is German and belongs to the black ethnic group. His parents were Kinshasans as they originally came from Kinshasa, the Democratic Republic of the Congo.

Bonga grew up along with his siblings, Tarsis Bonga. He also has a younger brother whose name has not been provided.

Isaac Bonga made his professional debut as a basketball player playing for the Skyliners Frankfurt of the Basketball Bundesliga. The Frankfurt's signed him to a four-year deal in June of 2016. He made his debut with the team on 23 September 2016.

After two seasons with the team, Isaac Bonda moved overseas and entered the 2018 NBA draft. He was selected as the 39th overall pick by the Philadelphia 76ers n behalf of the Los Angeles Lakers.

The Lakers acquired Bonga through a trade-in exchange for the 2019 second-round pick and cash consideration to the Philadelphia 76ers.

Bonga signed a rookie scale contract with the Lakers and was assigned to their NBA G League team South Bay Lakers on October 22 after making appearances for the Los Angeles Lakers in the preseason contests.

Bonga was traded to the Washington Wizards in a three-team trade on July 5, 2019.

Bonga may be the next big star of Lakers which currently consists of players like LeBron James, Lonzo Ball, JaVale McGee, and Josh Hart.

Facts and stats of Isaac Bonga