Finally, Nassourdine Imavov will be able to fight Kelvin Gastelum on Jan 14, 2023, at UFC Fight Night. Their bout was booked at the UFC 273, but the fight was postponed due to an issue with Imavov's visa. Now, the pair will meet at last in less than two weeks. Fans remain static about the fight, despite the new price tag the UFC Pay-Per-View has.

While Gastelum has over a decade-long MMA fighter experience, his recent runs haven't been as successful. With 2022 gone without a fight, Kelvin might be starving for a win. In contrast, Imavov currently has an impressive run in the UFC promotion. The French fighter bagged three consecutive bouts. Nassourdine appears more than ready to face his opponent.

Nassourdine Imavov and Kelvin Gastelum were supposed to fight in UFC 273!

The French fighter, Nassourdine Imavov, will finally face Kelvin Gastelum after almost a year of delay. The pair would have fought in the 2022's UFC 273. However, things didn't go as planned for the MMA fighters. First and foremost, Imavov had trouble getting a visa. As such, the French MMA fighter could not fly to the States for his bout. Nassourdine missed the UFC 273 event altogether.

Left with no choice, the UFC chose Dricus du Plessis as Kalvin's opponent. However, Gastelum's bout with Dricus was also not meant to be. A week before the fight, the American fighter suffered an undisclosed injury, and his bout with Plessis was canceled.

Nassourdine Imavov is fighting in the main event of Fight Night!

Finally, almost a year later, Nassourdine Imavov and Kelvin Gastelum's fight was fixed. The fighters will face each other at the UFC Fight Night 217. As we mentioned, the pair will throw hands at the main event of Fight Night on Jan 14.

Kelvin and Nassourdine both fought in main events before. As such, their card as a main eventer comes with no surprise. These middleweight fighters undoubtedly put on a show worth the price hike.

Other Cards in the Fight Night 217!

The bout between Dan Ige and Damon Jackson will be the co-main event. Similarly, Umar Nurmagomedov vs. Raoni Barcelos will duke it out in the main card.

On the middleweight, Punahele Soriano and Roman Kopylov will battle. And finally, Ketten Vieira vs. Raquel Pennington women's bantamweight division will be featured in the main card for the event.

Nassourdine Imavov is the fan favorite to win his bout against Kelvin Gastelum!

Nassourdine Imavov lead an amazing 2022. From the start of his career in 2016, the French fighter created an impressive record. Currently, Imavov holds 12 wins out of 15 fights. 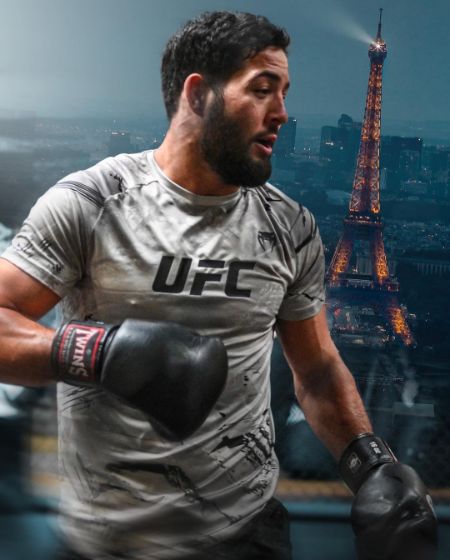 Nassourdine Imavov, the French MMA Fighter, is the fan favorite to win his fight against Gastelum. SOURCE: [email protected]_nassourdine

Kelvin Gastelum started his career as an MMA fighter in 2010. Kelvin held an undefeated streak for five years. Gastelum tasted his first loss in 2015 at the hands of Tyron Woodley. The American MMA fighter lost majority of his bouts from 2019 to 2021.

Despite Kelvin's dominance in his early days in the octagon, he lost many matches in recent years. While Imavov extended his career with three consecutive wins, he became the fan favorite to win his fights.

Born and raised in Frace, Nassourdine Imavov started his official MMA career in 2016. However, Imavov lost his very first match in Paris, Frace. Nassourdine bounced back from his defeat, bagging his first win on March 5, 2016. 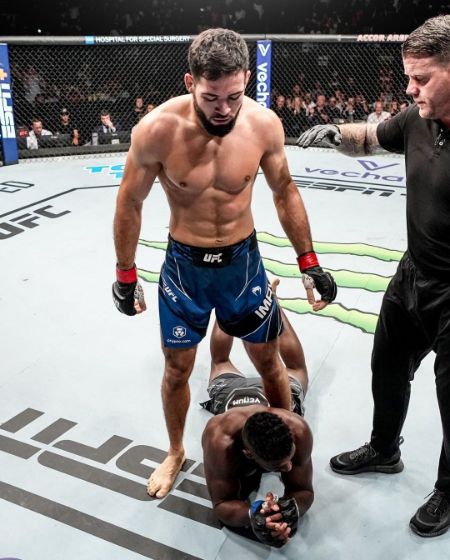 Nassourdine fought in many MMA promotions in his early career. Imavov fought in the ARES FC 1 promotion a year before signing with the UFC. In 2020, the French MMA fighter finally made his debut in UFC.

Imavov faced Jordan Williams in his debut match on October 4, 2020. Nassourdine won his game via unanimous decision. It would be one of many victories the French fighter would bag in UFC.

The French fighter recently won his bout against Joaquin Buckley on September 3, 2022. After signing with the Ultimate Fighting Championship, Imavov's loss sits at one.

UFC Fight Night 217 will be the first Ultimate Fighting Championship event with a hiked price. After the event, every UFC Pay-Per-View will cost the fans $79.99.

Even with the price hike, fans will undoubtedly buy the pay-per-view. With impressive fighters in their cards, it will probably be worth the increased $5.